While some say this issue is now a moot point, his appeal to the City's mask mandate is still pending. 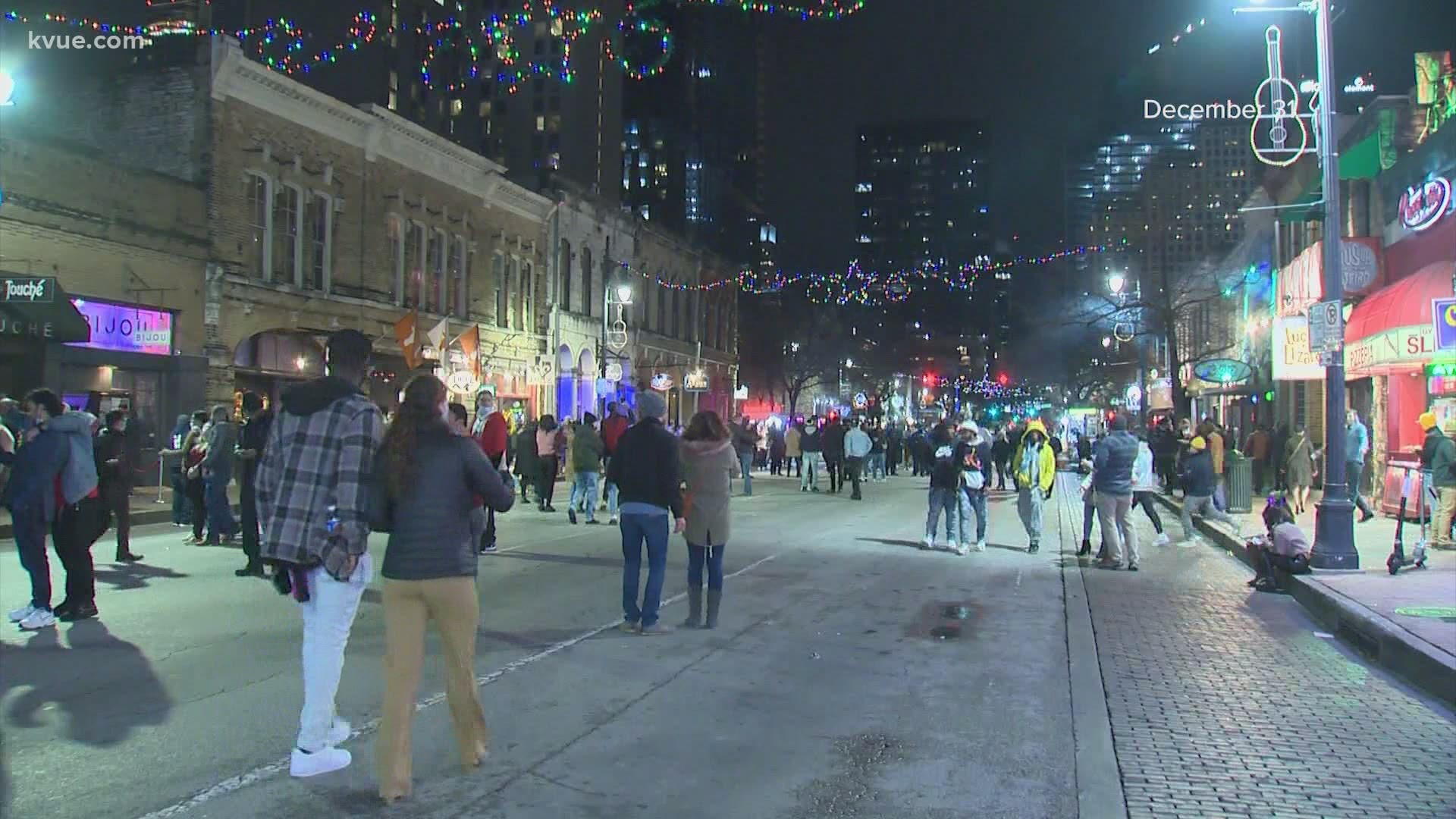 AUSTIN, Texas — A state appeals court on Thursday voted to dismiss Texas Attorney General Ken Paxton's challenge to Austin and Travis County's COVID-related orders earlier this year that placed a curfew on businesses operating during the New Year's weekend, according to a report from KVUE's news partners at the Austin American-Statesman.

These orders prohibited food and beverage services after 10:30 p.m. as cases were surging in the area. However, they were in place for only one night before the Texas Supreme Court blocked the orders' enforcement.

While some would say the issue is now a moot point, the Statesman reported that the court's sole Republican, Justice Melissa Goodwin, argues that the issue is still relevant as Austin and Travis County officials continue to "vigorously defend their authority to adopt and enforce the local orders and do not concede that (they) were invalid or unlawful."

Currently, Paxton has a separate appeal still pending in court seeking to block Austin and Travis County from continuing to enforce their face mask order. Despite the fact that Gov. Greg Abbott has lifted COVID-19 safety measures across the state, a Democratic state district judge declined to block Paxton's attempt at stopping their enforcement

Thursday's ruling can still be appealed, while the mask mandate appeal still remains in the early phases.