The police department said that the video was recorded on July 4 during a protest in Downtown Austin. 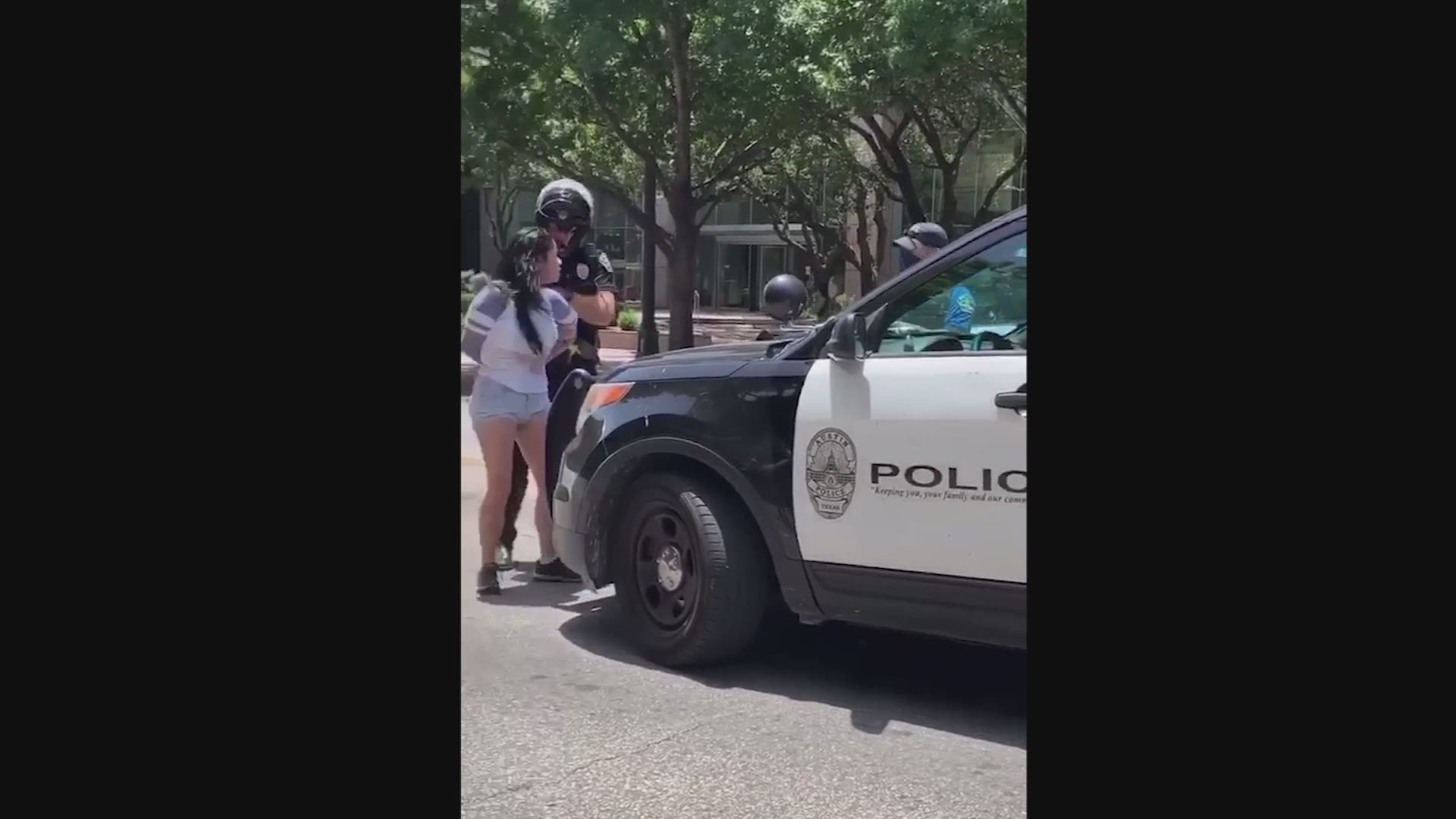 AUSTIN, Texas — After a video of a woman being frisked before her arrest has circulated on social media, the Austin Police Department is responding to claims that she was groped by an officer.

The video, which has been retweeted hundreds of thousands of times on Twitter and shared more than 4,000 times on Facebook, shows an Austin officer searching a woman at the front of a patrol car. A crowd of people appears to have formed around the woman and officers while the officer moves his hand around her breasts.

The APD responded to the video in a written statement on July 7. The department said that the video was recorded on July 4 during a protest in Downtown Austin.

When officers told her to stay behind their motorcycles, she allegedly stopped her SUV and ran up to the officer to request his badge number, "which the officer provided," the police statement said.

Then, the APD said at the intersection of Second Street and Congress Avenue, Trevino honked her horn and drove through a red light before getting out of her car again to approach officers. At this point, she was placed under arrest for "running a red light, failure to yield the right-of-way to pedestrians, improper use of a horn and failure to maintain an assured clear distance," the statement said.

Around the Austin area, twentysomethings are COVID-19's latest targets