The coalition is also calling for the firing of Police Chief Brian Manley and other APD officers. 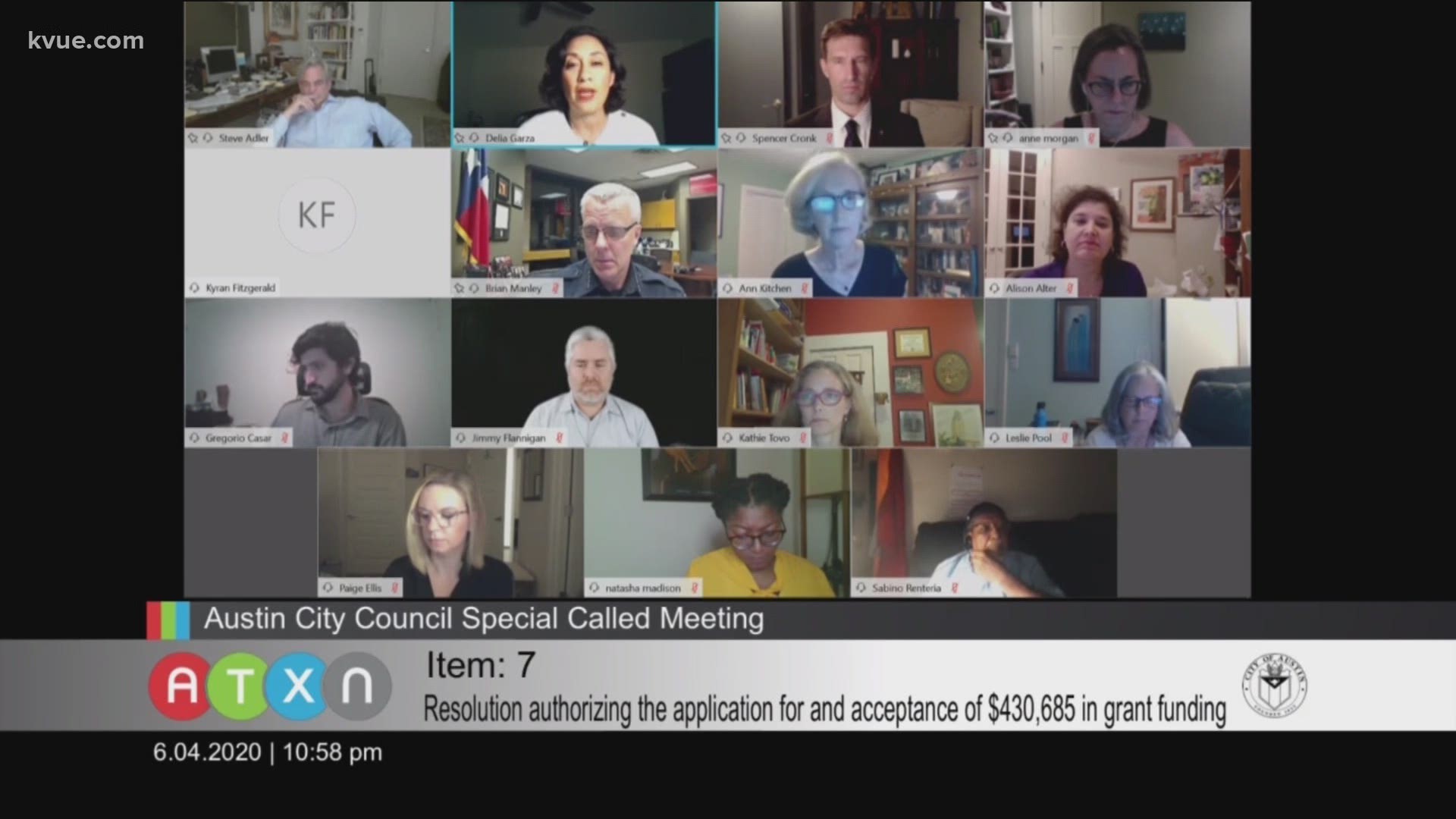 AUSTIN, Texas — The Austin Justice Coalition is calling on the Austin City Council to defund the Austin Police Department and to instead invest in resources for communities of color.

This comes after several straight days of protests in Downtown Austin. The coalition is also calling for APD Chief Brian Manley and the officers who were involved in the death of Michael Ramos to be fired, including Christopher Taylor, who fired the fatal shot from his rifle. During the week of protest, APD received 159 formal complaints about how officers handled peaceful protesters.

Ramos, 42, was killed on Friday, April 24. Police said they responded to a call reporting two people doing drugs in a vehicle in a parking lot with one man reportedly holding a gun. When officers arrived on the scene, Ramos got out of the car but did not comply with officers' commands and was shot and killed. Ramos was unarmed, according to a public safety commissioner. Another officer involved in this incident is Mitchell Pieper.

The Austin Justice Coalition wants the City to reallocate at least $70 million for the RISE fund to cover the "basic needs of Austin families most impacted by the pandemic."

They are calling for city council to allocate 40% of APD's budget to invest in black and brown communities.

"This sends an important message that we need to find it in our budget to make it up to people who were injured this last weekend and what we can do to make up for what the community brought up systemically today," said Casar.

"Our city is on edge, our people are hurting, and black communities are crying out for health and safety in the midst of a pandemic," the coalition said in a press release on June 3. "Now is the time to invest in a safe, liberated future for our city. We can't afford to keep funding APD's attacks on black lives."

The coalition is also calling on the public to take part in the following: