The order comes after a request from Gov. Greg Abbott and House Speaker Dade Phelan. 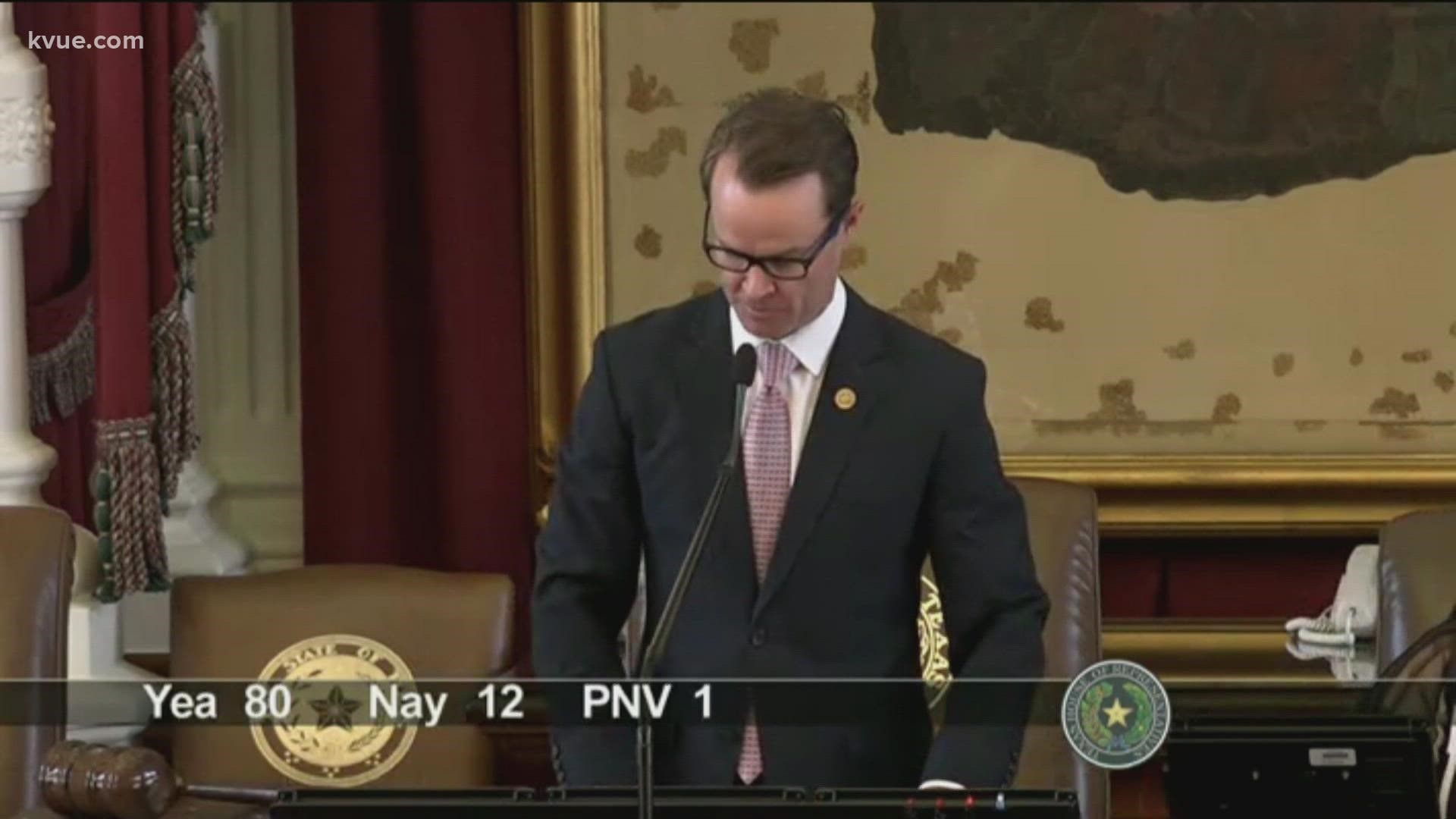 AUSTIN, Texas — Gov. Greg Abbott and Texas Speaker of the House Dade Phelan have filed a petition with the Texas Supreme Court, asking it to overturn an order blocking the arrest of quorum-busing House Democrats.

And, as of Tuesday, their request has been approved. The Texas Supreme Court issued a stay.

Abbott and Phelan argued in the petition for a writ of mandamus, dated Aug. 9, that the "trial court's error 'constitute[s] a clear abuse of discretion.'"

"In this case, there can be little doubt that the Plaintiff's arrest and subsequent transport back to the Capitol falls comfortably within the Legislature's (and the Speaker's) broad power to compel the attendance of its members," the petition says.

“It is no surprise that Republican Gov. Greg Abbott and House Speaker Dade Phelan want to arrest their political opponents. Thankfully, this is still the United States of America. We will defend the freedom to vote, and we look forward to our temporary injunction hearing on Aug. 20.”

KVUE reported on Aug. 9 that a criminal district judge in Austin signed the order blocking the arrest, saying that doing so would be a misinterpretation of House rules and the Texas Constitution.

The order potentially paved the way for remaining House members to return to the state – or to refuse to go to the Capitol – without the threat of arrest.

The order blocked Abbott, Phelan and law enforcement agencies such as the Texas Department of Public Safety and Capitol police from "detaining, confining, or otherwise restricting a Texas House Democrat's movement without his or her consent. It also prevents them from "issuing warrants or other instruments demanding the detention, confinement or other restriction of a Texas House Democrat's movement."

Urrutia ruled that Texas law does not "provide for the physical confinement of lawmakers who have committed no crime."

But Abbott and Phelan's petition also said the State of Texas "has no other adequate remedy" to the order, and "time is of the essence."

"Plaintiffs are 19 state legislators who sought and obtained public office and swore an oath to uphold the Texas Constitution — the very same Constitution that authorizes each House to compel the attendance of its members," the petition said. "If paintiffs no longer wish to fulfill their public duties, they are free to resign and return to Texas."

Last month, more than 50 House members traveled to Washington, D.C., to block Texas lawmakers from voting on a proposal that they said would restrict voting access and to ask the federal government to pass federal voting rights legislation.

Phelan said that officials would use "every available resource" to obtain a quorum, and Abbott issued a call to "have these members arrested."

The petition to Urrutia included affidavits from three Democrats, including Gina Hinojosa of Austin.

'How are we supposed to wake up and go to a funeral for five babies?': Neighbors mourn 5 children killed in East St. Louis fire

I-35 and US 183 closures start for flyover reconstruction