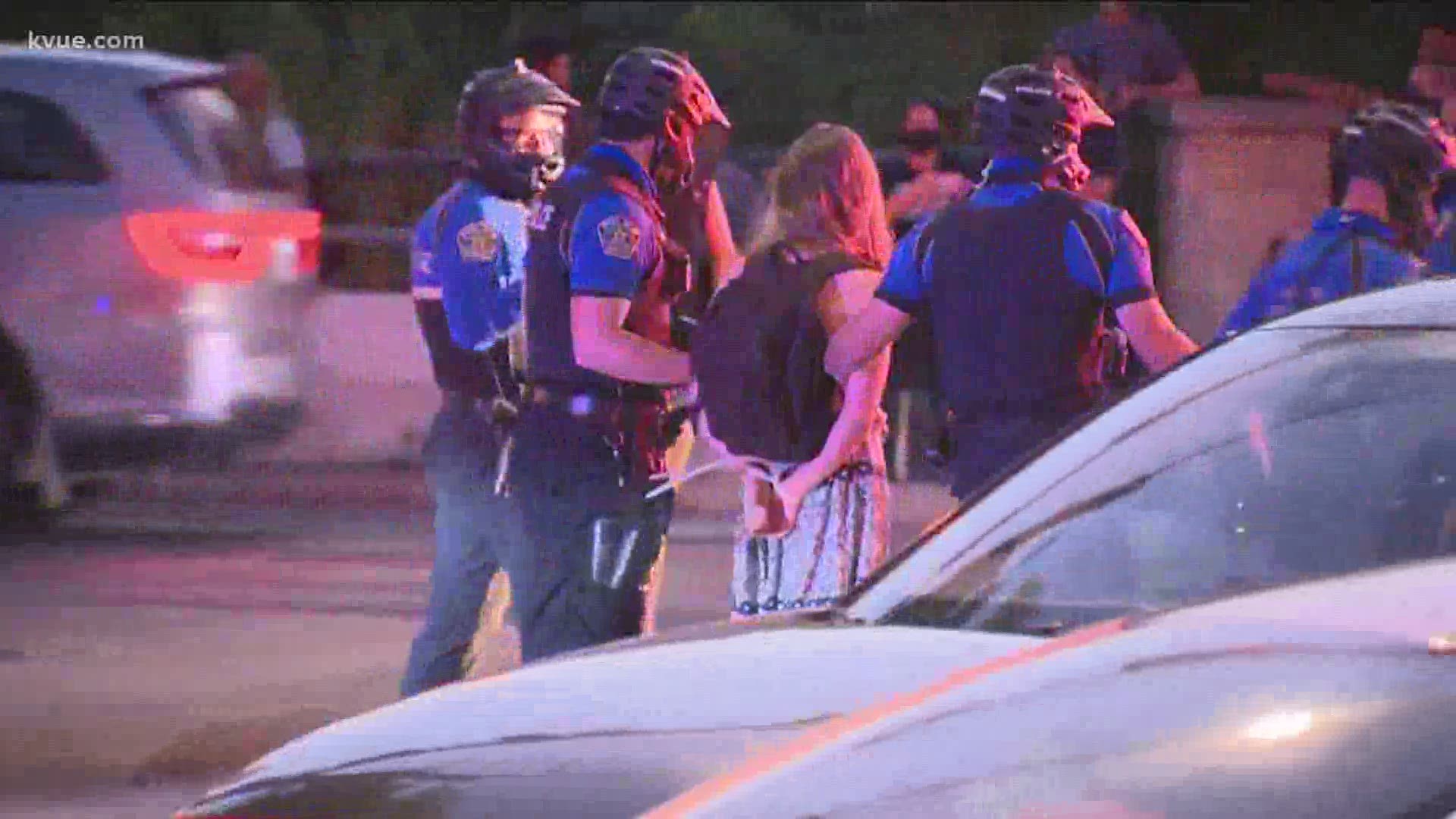 AUSTIN, Texas — Protesters took to the streets of Downtown Austin on Saturday night, calling for justice in the police shooting of a Black man in Wisconsin.

Demonstrators marched through downtown, making their way to city hall.

Protesters clashed with Austin police officers outside city hall, and several of them were taken into custody.

Saturday’s rally comes in response to the Kenosha, Wisconsin, police shooting of Jacob Blake in the back seven times while they were responding to a domestic abuse call. His family says he's now paralyzed.

Police identified eight people arrested on Aug. 29 in relation to the protest:

Kenosha Police Officer Rusten Sheskey and two other officers were responding to a domestic abuse call last Sunday when Sheskey shot Blake in the back. Blake Sr. told reporters on Saturday his son is heavily sedated, but has regained consciousness.

He called for Sheskey to be charged and for the other two officers at the scene to be fired.

Captured on cellphone video, the shooting sparked new protests against racial injustice and police brutality months after Floyd's death touched off a wider reckoning on race.

Protesters have marched in Kenosha every night since Blake's shooting, with some protests devolving into unrest with damage to buildings and vehicles. On Tuesday, two people were killed by an armed civilian. The commander of the National Guard said Friday that more than 1,000 Guard members had been deployed to help keep the peace, with more on the way.

Trump will visit Kenosha on Tuesday to meet with law enforcement and survey damage from recent demonstrations that turned violent, White House spokesman Judd Deere told reporters traveling with the president Saturday night. Trump, who toured hurricane-ravaged areas of Louisiana and Texas earlier Saturday, had told reporters that he “probably” would visit the city.

You can see Jupiter, Saturn and the moon align in the sky tonight — all without a telescope