Austin is a hard city for sobriety, recovery experts say

Due to Austin's live music and party atmosphere, some say the city could be tough on those making alcohol-related resolutions. 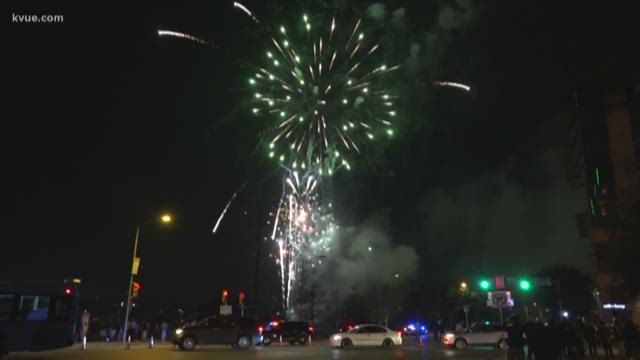 A key to keeping up with New Year's resolutions is to avoid temptation. But what if your resolution, in a vibrant city like Austin, was to quit drinking?

According to Robert White, the city itself can be a temptation for addicts and a hurdle to overcome.

White, the CEO and Founder of Any Length Recovered for Life, said that the new year brings an influx of new clients.

"We definitely see an increase after the holidays," he said. "In my experience, the family got together and is like 'The show is up. You need some help.'"

White said getting sober from alcohol or drugs on your own is possible, but not helped by the city's live music and party atmosphere.

"I mean, you mostly think of Austin as a music city," he said. "You've got Sixth Street and all types of things."

His employee and former client, Mark Willmore, has experienced the same.

"I mean, it's no secret," Willmore said. "You can drive around anywhere and see a guy drunk or overdosing."

"Age 17 I started going in and out of treatment centers," he explained. "I got to this point where I couldn't imagine my life with alcohol or drugs or without them. I put my family through literal hell."

Willmore said he started recreationally using drugs at age 12 and then continually worked his way into harder, more dangerous substances.

"When I was 26, I started shooting heroin and that was like a line I thought I would never cross," he said.

White started his recovery center after going through a program himself. He said that after trying to avoid temptation and get clean on his own, he realized he needed more support.

His time with other former addicts gave him tools to overcome his own addiction and temptations.

"I can go anywhere on this earth and be protected because now I'm aware of who I am," he said. "I have a purpose of why I'm recovered."

Willmore agreed. A recent client of White's, he now works to show others the same path towards sobriety that worked for him.

"Given my experience and my past, I get to use that," he said. "All the darkness, all the bad things that I did. I get to help men recover today."

Any Length is just one of dozens of sobriety centers in the Austin area. It offers isolated retreats and housing for those who want to be removed from temptation.

"If you're out there and you feel alone," White said, "you don't have to be. You can live your life and do anything that other men or other individuals can do ... but it requires taking action and getting uncomfortable."

And their numbers support that idea. Ninety percent of the men who've completed their program are currently gainfully employed, and 91 percent are still active in 12-step recovery.