Police said the drivers involved stayed at the scene and were interviewed. 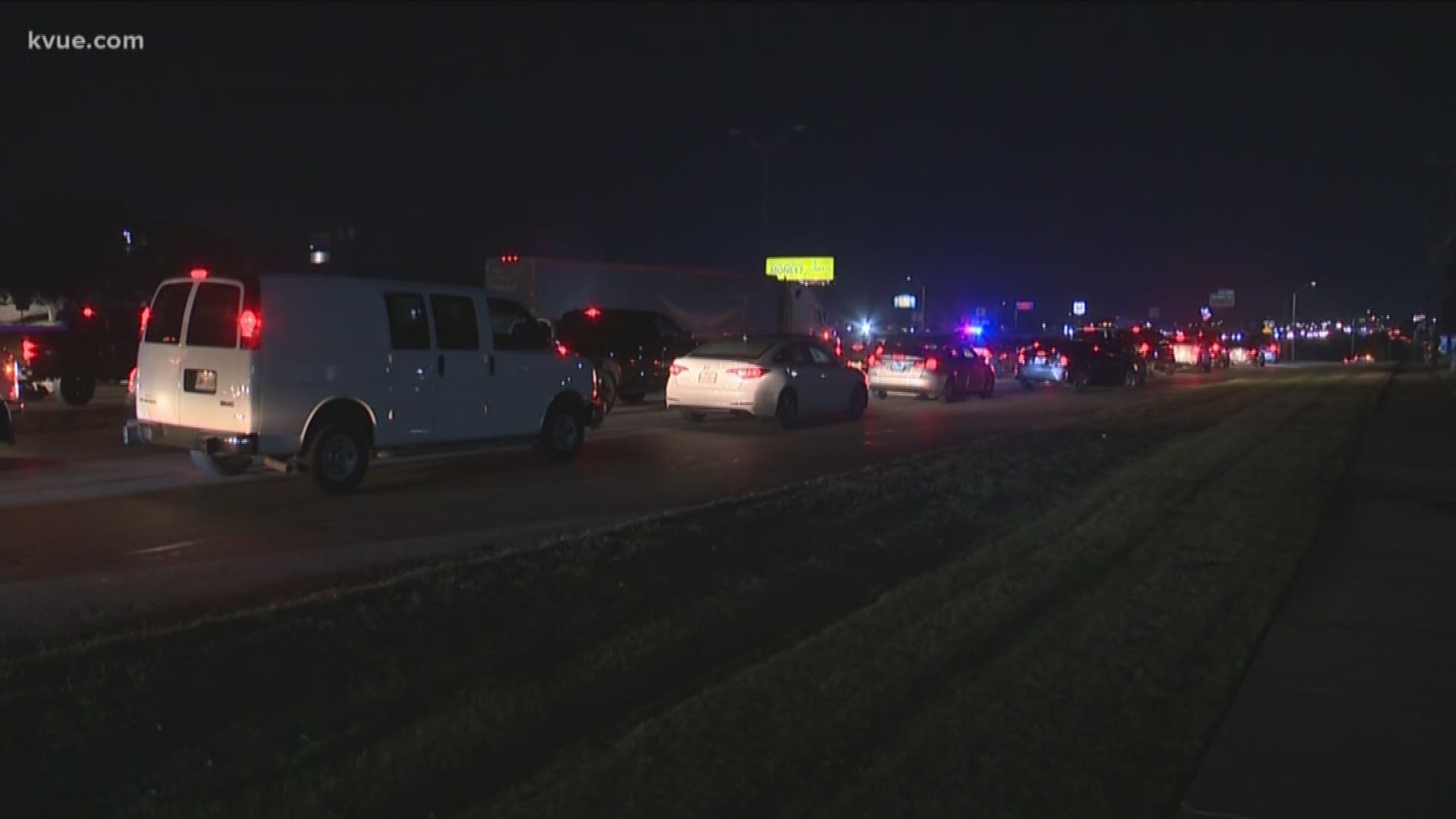 AUSTIN, Texas — The Austin Police Department is investigating after a man was killed in a crash on Interstate Highway 35 Saturday night.

According to police, a man as riding in the back of a truck traveling northbound on I-35 near Rundberg Lane when he somehow fell out. Several trucks reportedly then hit the man.

"At some point during the commute, the subject flew out of the back of the truck," police told KVUE. "The individual was apparently struck by a couple of other vehicles involved in the crash."

Police said those drivers stayed at the scene and officers were able to interview them.

Officers explained they do not advise riding the back bed of a truck.

"It's obviously not safe," police said.

Northbound I-35 was shut down for more than an hour as police investigated the scene.

Police did not say if anyone has been or will be charged.