Service for neighbors in the area has been shut off as Texas Gas Service investigates the cause of a South Austin home explosion. 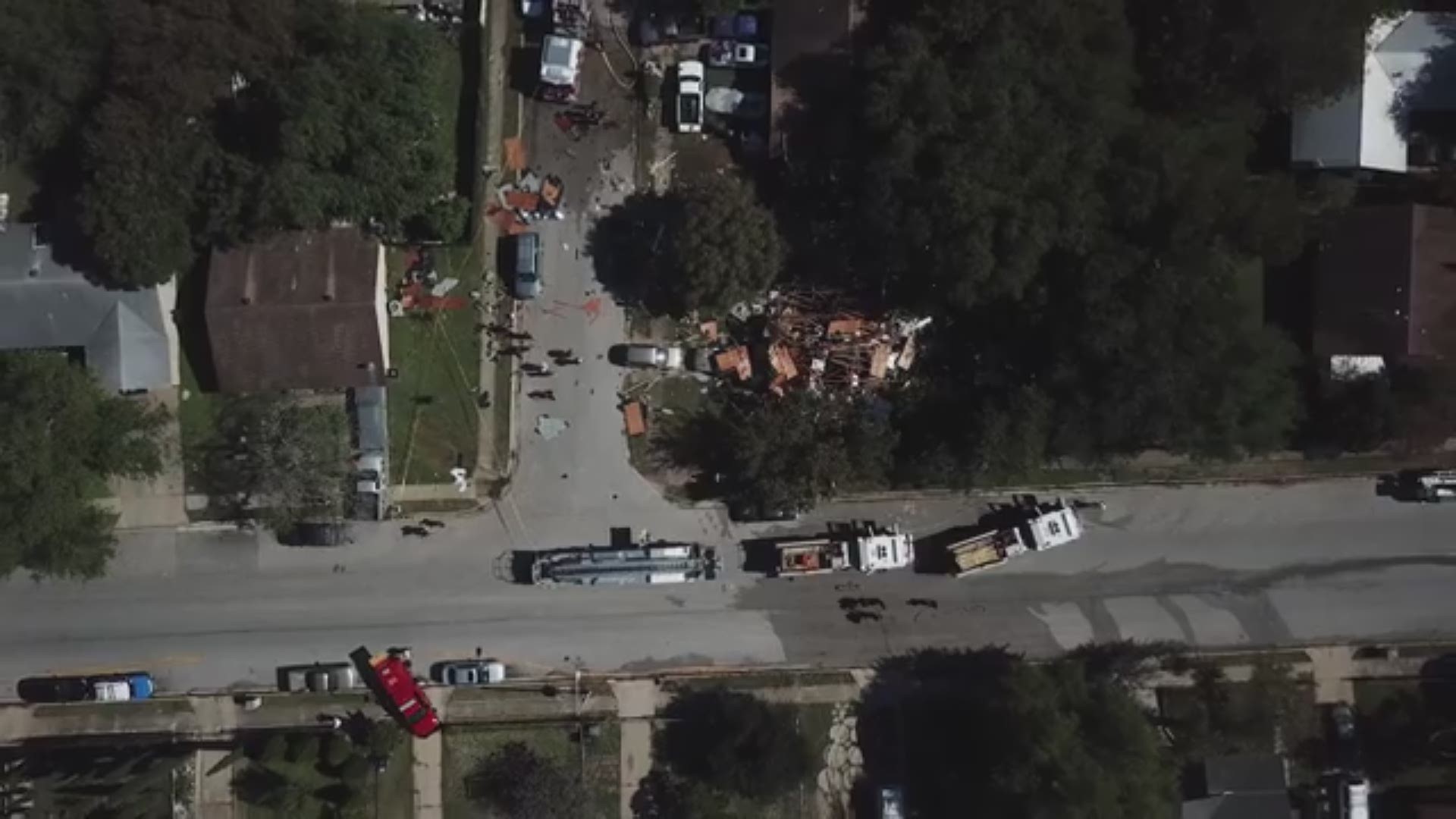 AUSTIN — As officials continue to investigate an explosion that damaged five homes and sent two people to the hospital, Texas Gas Service said several days later that "this was an isolated incident in this neighborhood."

Officials have said that natural gas buildup is likely to blame for the southeast Austin home explosion at 2301 Bendridge Trail.

"We are unaware of receiving any calls for leaks regarding this incident until after the event that occurred (Oct. 27). There was odorant present in the system," Texas Gas said in a statement Nov. 1.

Texas Gas said an independent expert will determine what the likely cause of the buildup was.

Employees with Texas Gas are in the neighborhood working with neighbors on accommodations and other means of assistance.

"Safety is our highest priority at Texas Gas Service. We take our responsibility for delivering natural gas to all our customers in a safe and reliable manner very seriously.

Texas Gas Service has shut off gas service for neighbors who live off Bendridge Trail and Stoneleigh Place as they investigate the cause of the explosion.

On Monday, crews were out digging up parts of both streets.

Christy Penders with Texas Gas Service wouldn't say if the crews were looking for gas leaks, only that the crews were monitoring and surveying the area for the residents' safety.

"It was a big explosion," said Diego Rocha, who lives next door with his father and brother.

Rocha said he was across the street when the incident happened.

"My vision for that quick moment was 'boom,' black and white. I was stumbling, I was right here," said Rocha.

Then he ran home.

"I ran over there and just started heard someone screaming, 'Ahhhh,'" said Rocha.

He saw flames coming out of his next door neighbor's home and his own. He tried to put out the fire, but he couldn't.

"I'm watering it. I did not know I was watering the gas line, at least that's what I heard. I was wondering why it didn't go out," said Rocha.

The explosion is similar to one that happened at a North Austin home located at 1712 Payne Ave in 2012. That one was caused by a gas leak and killed 43-year-old Renald Ferrovecchio.

That outcome has Rocha feeling grateful.

"God is so good. It is a blessing that my father is still standing and my neighbors are all OK because this is a good community. I liked how everybody helped each other out," said Rocha.

A KVUE Defenders investigation discovered aging cast iron pipes were to blame for that other explosion in 2012.

After our series of stories, they replaced the cast iron pipes, including at 2301 Bendridge Trail, with polyethylene.

It could take weeks to determine what caused this explosion.