A City-owned Austin hotel that was used as a ProLodge is now acting as a Bridge Shelter for around 20 people. 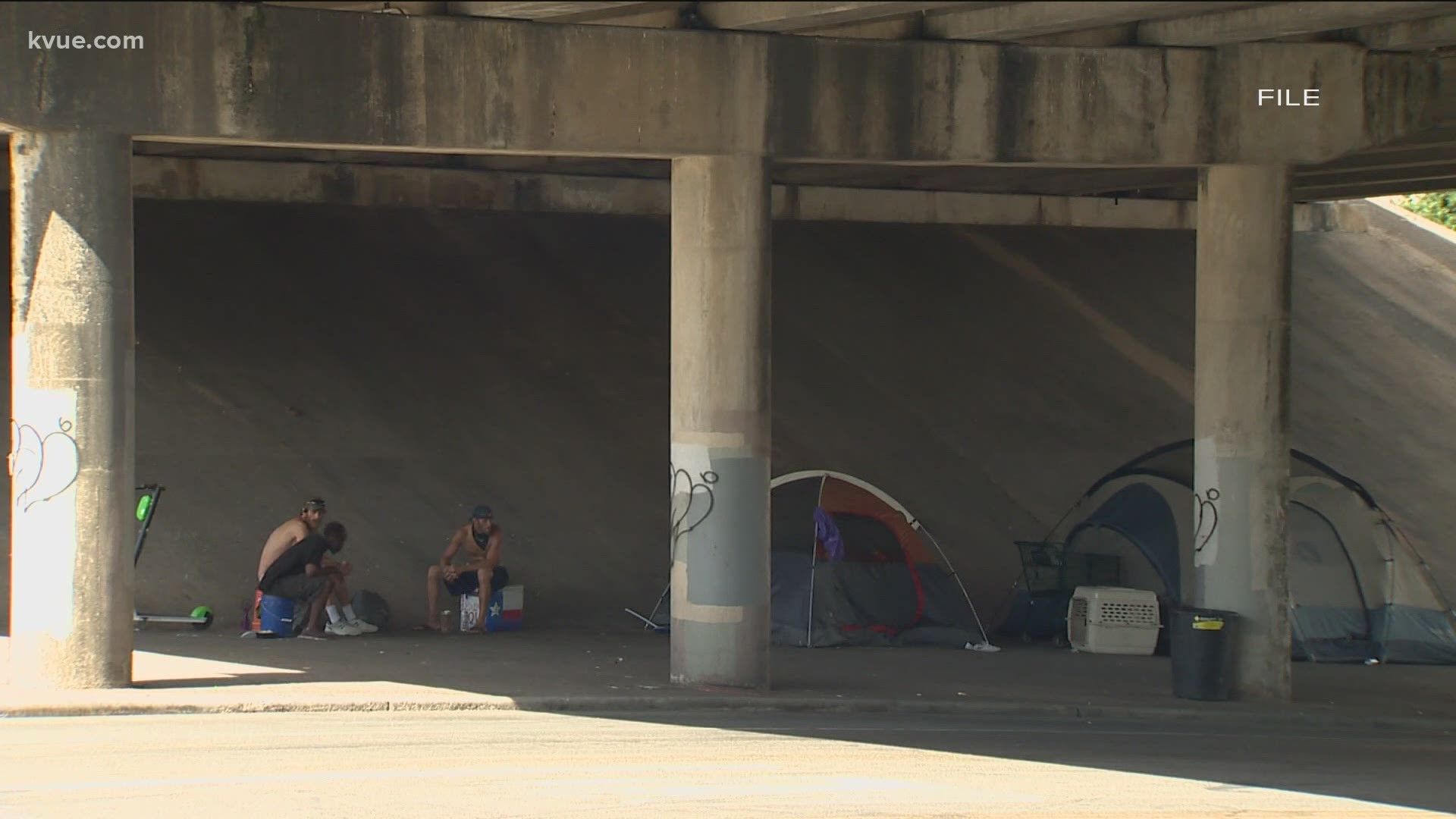 AUSTIN, Texas — On Thursday, the City announced that a City-owned hotel, Southbridge, once being used as a ProLodge, is now acting as a Bridge Shelter.

ProLodges were used for high-risk individuals who needed a place to stay during the COVID-19 pandemic.

Southbridge is not a walk-up shelter. The City said it will be used for people served through the City’s Housing-Focused Encampment Assistance Link (HEAL) initiative.

The HEAL connects people in camps directly to stable housing and is occurring alongside outreach efforts as the City implements the public camping ban.

Four encampments – in south-central Austin, East Austin, Downtown Austin, and northwest Austin – were targeted for the first phase of the initiative. The camps will be cleared out after efforts to relocate residents.

RELATED: How is outreach about the camping ban to Austin's homeless population going?

The City reported that, since Tuesday, around 20 people staying at a camp near the Terrazas Branch Library, located at 1105 E. Cesar Chavez St., have moved to Southbridge. Officials said City crews will continue cleanup of the site this week. A temporary fence has been installed to close the camp.

The Southbridge Shelter, operating from a City-owned hotel, has welcomed its first guests. 💜 The bridge shelter will provide a temporary, transitional place for people leaving encampments to stay and receive support services.

"We’ve made an important step this week toward demonstrating how concrete connection to housing can reduce the challenge of unsheltered homelessness and unauthorized encampments in Austin," said City of Austin Homeless Strategy Officer Dianna Grey. "Southbridge will allow 75 people to get off the streets immediately – but the longer-term housing resources provided to guests are what will truly reduce homelessness in Austin. We are pleased to offer the shelter, support, and rapid rehousing that people need to begin their journey back to stability and permanent housing."

Given coronavirus precautions, the City said, initially Southbridge can provide shelter and case management to 75 people in hopes of getting them rehoused. The property has 24/7 staff and security on-site. Guests are allowed to bring partners, pets and possessions.

Austin City Council voted in April for Southbridge to make the shift from ProLodge to Bridge Shelter. The City reports "approximately $3.8M is budgeted for the first 18 months of Southbridge’s operations, and Council has directed that at least $3M be budgeted for long-term housing resources via the first phase of HEAL, including housing, outreach, and storage."