With no events happening due to the pandemic, the LINE Hotel in downtown Austin is putting their event spaces to good use, and they say it's working out. 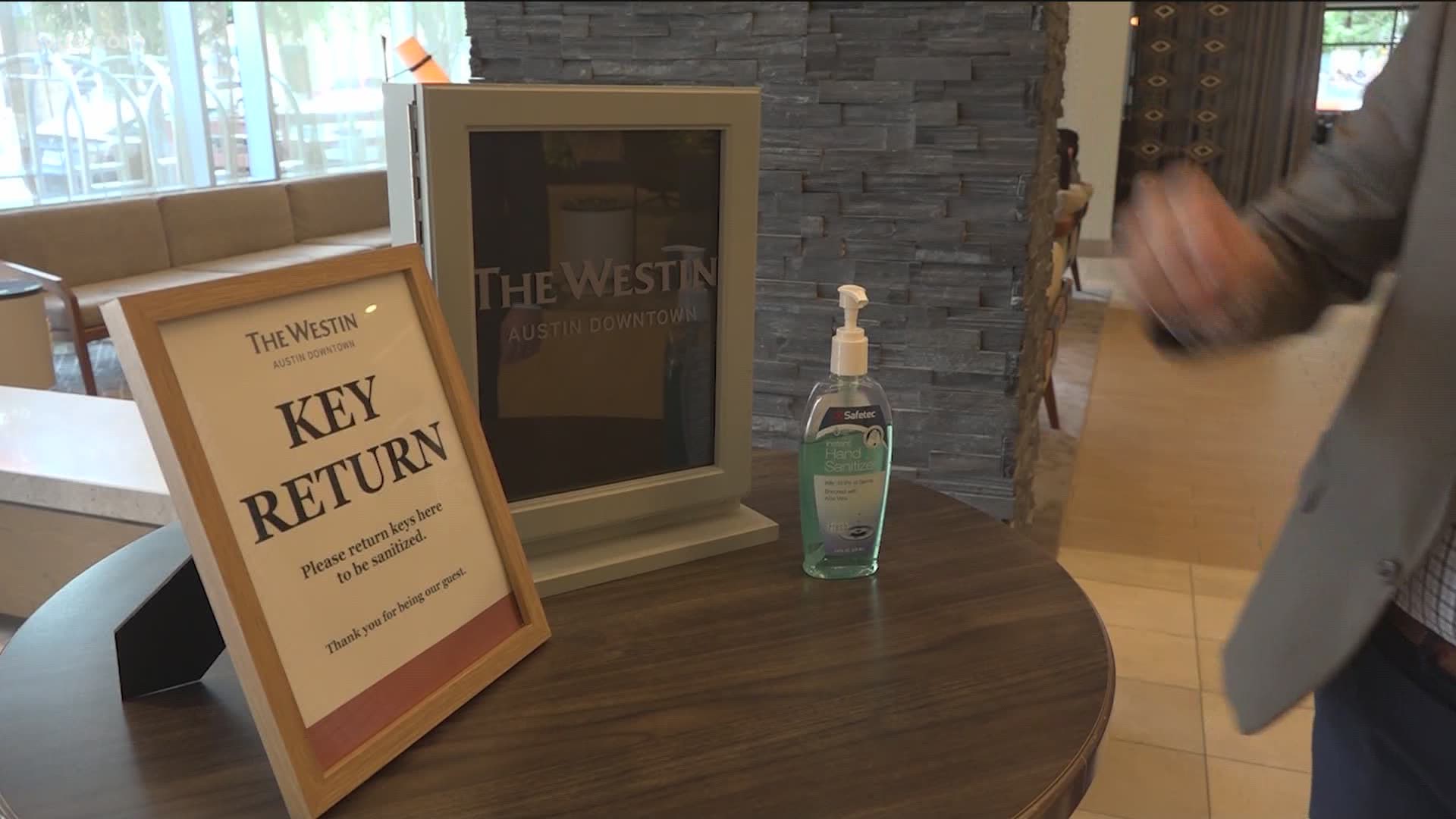 AUSTIN, Texas — While some people are checking back into hotels during the pandemic, it's no secret that the industry continues to take a hit.

According to STR, which tracks hotel occupancy, just 28.3% of hotel rooms have someone staying in them as of Sept. 13-19 in Austin's Central Business District. That's in comparison to 86.6% in 2019.

A recent survey from the American Hotel and Lodging Association shows 68% of hotels have less than half of their typical, pre-crisis staff working full time.

But even during the struggle, some hotels are finding other ways to generate revenue; utilizing their unused and empty event spaces and making it available to companies for a price. It's what the LINE Hotel in Downtown Austin has been doing since August.

RELATED: Six months into the pandemic, the hotel industry is still taking a hit

"Our entire second floor has event spaces with some big ballrooms and we have some smaller, what we would call breakout studios, that typically people would use when they would be using those larger ballrooms for breakout sessions," said LINE Hotel Austin General Manager Adam Bussell. "And with those just sitting empty, we were seeing a lot of hotels that were doing office workspace from hotel rooms."

Credit: Luis de Leon
An event space at the LINE Hotel in downtown Austin that is being used as office space for businesses.

Bussell explained that the large, open spaces would provide a safe environment during the COVID-19 pandemic, in addition to the safety measures the hotel has already implemented.

So far, Bussell said the program has been a success. People can rent out a space for $99 per day and $299 per week.

"We found people were not wanting to leave one small space of their apartment and go to another small space by themselves, but they were wanting to do a catch-up with some of the people they used to see in the office all the time," Bussell said. "... We have a lot of repeat people, some people that are booking it for week after week. We have weeks where every room will be occupied by one person for one day and we're turning the rooms every day. The demand has been really strong."

Credit: Luis de Leon
One of the event spaces now being used by businesses.

He added they've had to actually turn people away due to the rise in demand, and he feels that this idea would have worked before the pandemic hit.

"These rooms sat empty a lot when we didn't have things going on in the ballroom. And we should have been doing this for a long time and that there is business out there and people are willing, as long as it's safe and they feel comfortable, people are willing to get out of their houses and go do something," Bussell said. "... And this has really been working out great for us."

Credit: Luis de Leon
Manik Raj Nakra stands next to his artwork in the LINE Hotel.

Another way the LINE is increasing their occupancy in their operations is through hosting a residency for artists, partnering with nonprofit Big Medium.

Austin-based painter Manik Raj Nakra has been utilizing the program as he continues to work on his art while living at the hotel in the meantime.

“The adjustment wasn’t that drastic when the quarantine started," Nakra said. "But over time I started missing just talking with other artists or going to see art and I think coming here sort of reinvigorated me to try some new things."