When COVID-19 shut the doors to Hatbox, owner Lauri Turner had an idea to try something different and reopened her shop in her garage. 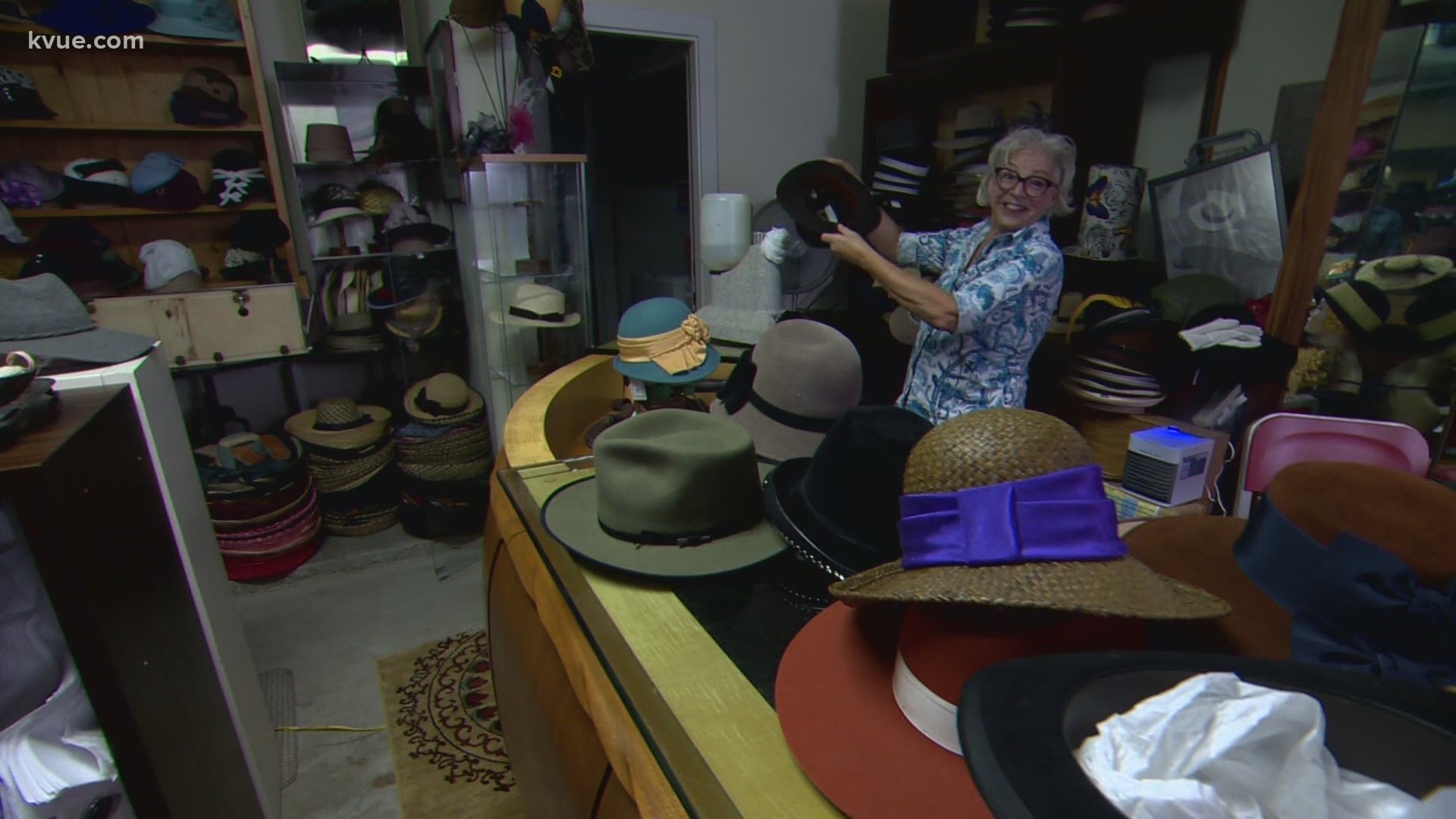 AUSTIN, Texas — For more than 40 years, Hatbox has been fitting people from all walks of life into hats. Whether it's the stars from movies or music, or you, the owner has taken pride in her businesses for 46 years.

It's all about getting the perfect fit. It's what Lauri Turner know's best in her hat shop.

"We carry milliners work from all over the world," said Turner.

For years, Turner's business was either on Congress Avenue or Sixth Street, but when the pandemic hit, her business suffered like so many others.

"We were ready for SXSW. This is my 35th year of hatting the film and music industry," she explained. "The announcement had been made that it was canceled and I was sitting on so much inventory I had no idea what to do."

30,000 hats that she had invested her financial cushion into. With no SXSW, and her storefront having to close due to COVID-19, she decided that keeping her $12,000-per-month location wasn't worth it anymore.

"I made 98 trips in 106 days in my car, and brought all of those hats to my garage," she said. "And the garage is the first-ever garadashery, I merged haberdashery to garadashery, and we're quite proud it's coming together beautifully."

She calls it a "speakeasy" style hat shop now. It allows some of her A-listers to come in more privately, and also saves her thousands of dollars. Something most would call crazy.

"There's always another way, regardless of your situation, regardless of anything. There's an alternative to what the excepted norm is, and if you're inventive enough to come up with something that does sound crazy, it might just be crazy enough to work," she said.

Because for Turner, it's the people, not the place, that makes her shop the perfect fit.

"When doors shut, I say there's usually a window somewhere that's open that you can jump out of," she said.