Austin goat yoga studio takes a dip on 'Shark Tank,' but did they bite? 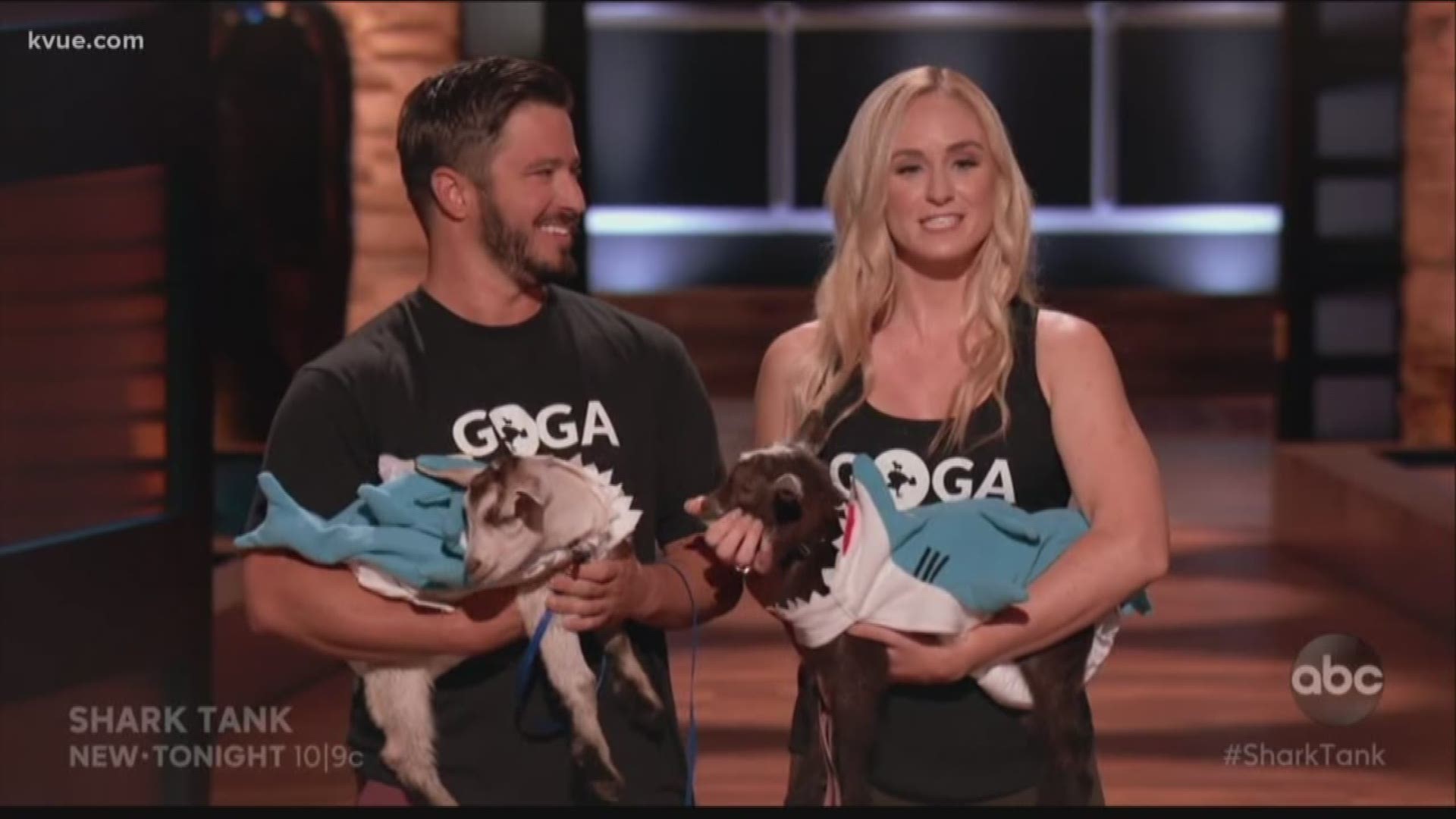 AUSTIN, Texas — It was an exciting night for the Austin yoga studio "Yoga & Goga," which was featured on Sunday night's episode of ABC's "Shark Tank."

Dozens of friends and family members gathered to watch the studio pitch the idea of a yoga studio with baby goats to the "sharks."

The studio features regular yoga classes, along with special goat yoga on the weekends at their Hill Country Galleria location.

Rachael Phillips is the founder of the studio. She began offering the classes in Downtown Austin apartments two years ago for a Hurricane Harvey fundraiser.

“Although we didn't get a deal, it was a great experience and I'm really glad we did it," said Phillips. "We got a lot of great advice from them, they taught us a lot as business owners to go on the show.”

The founders of Yoga and Goga said although they didn't get an offer, they were proud to represent Central Texas.

Goat yoga class to donate all donations to Harvey relief