Officials said the 16-unit building will be uninhabitable. 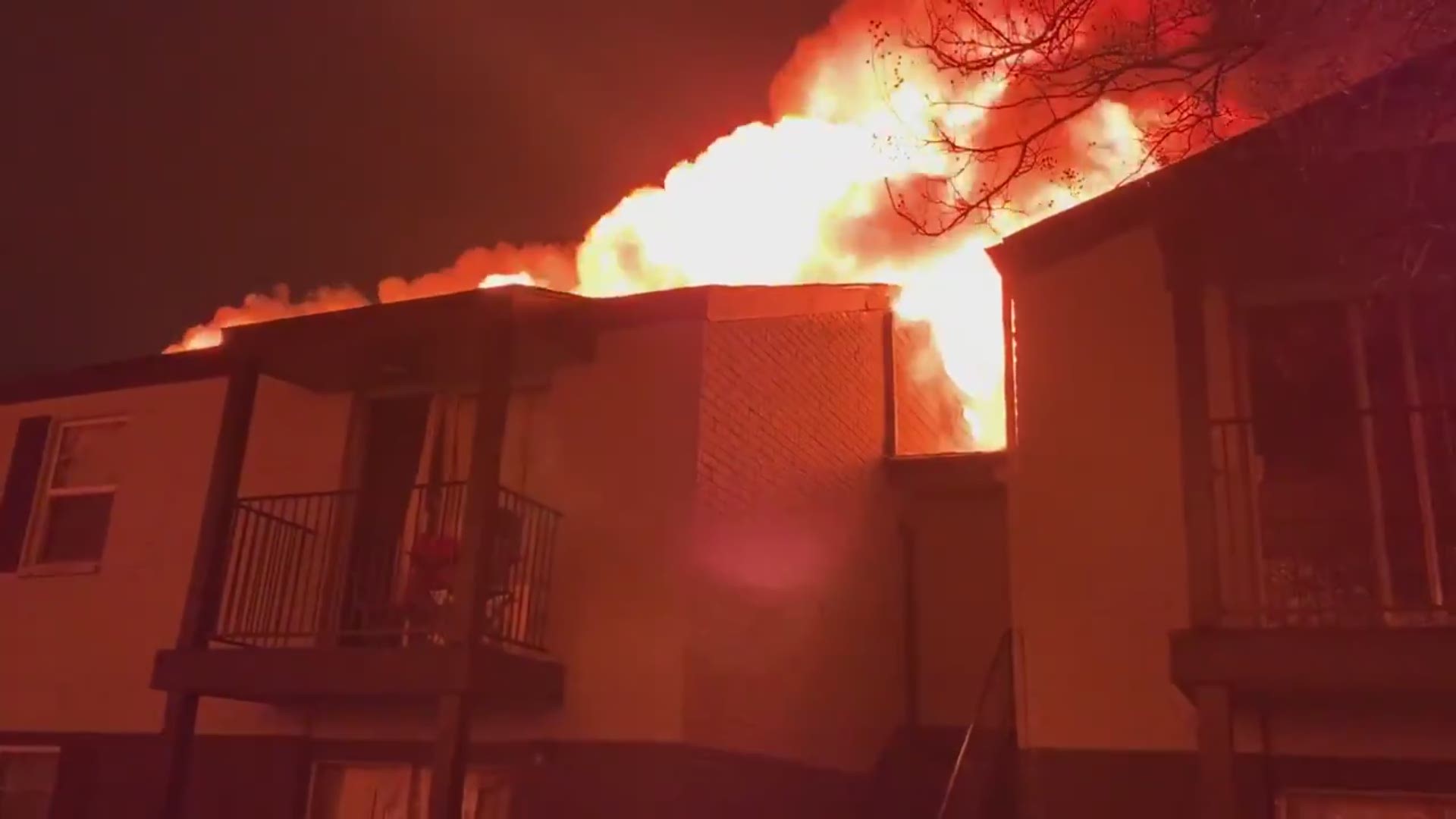 AUSTIN, Texas — The Austin Fire Department responded to an apartment fire at 6855 US 290 East Friday night.

Upon arrival, the AFD said fire had made it through the roof. By 7:48, officials said most of the fire has been knocked down.

The 16-unit building will be uninhabitable.

AFD said 18 people were displaced along with six pets.

According to AFD, the fire was caused by an electrical failure in the building's attic space. AFD said no one was injured in the fire, but it caused $1 million in damage to the structure and destroyed $150,000 in contents.