When Chief Joel Baker was sworn in less than two weeks ago, he became the city's first African American fire chief. 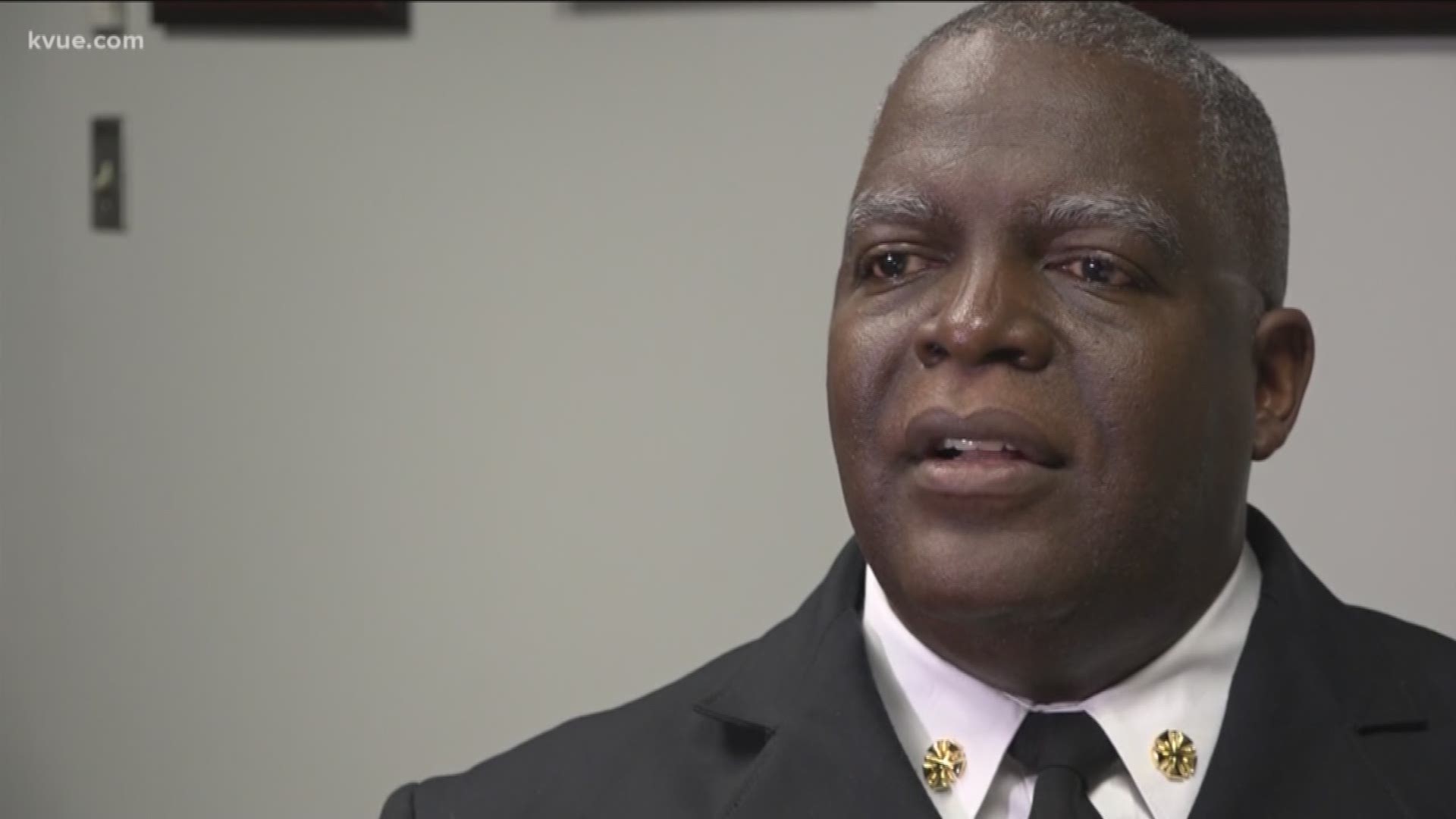 AUSTIN — Adding diversity to the Austin Fire Department is a top priority for the new fire chief.

After more than 30 years with the Atlanta Fire Department, Chief Baker is now an Austinite and he's starting to settle in.

In his office, he brought with him several items, each has a unique story all its own.

“You know, that's an opportunity that I had to meet two presidents, a vice president and, of course, Congressman John Lewis, who is a civil rights icon and someone I really have really a lot respect for,” Chief Baker said.

Now, in Austin, Chief Baker is making history of his own.

He said those before him are the reason why he's where he is today.

"Although they may not have served as the fire chief, they provided opportunities for people like me and other people to come after me to serve as fire chief,” Chief Baker said.

This two-time fire chief wants to make a difference in the growing city of Austin, and said he wants to start by bringing in more diversity.

Diversity is key for Austin Fire because, as you may recall, in 2012 the U.S. Department of Justice (DOJ) started investigating whether or not the fire department's hiring practices were discriminatory.

An agreement between the city and DOJ was settled by a federal judge the following year.