A denied request to stop an Austin group from releasing 3D gun printing blueprints has startled gun control advocates who say it makes untraceable firearms more available. Others say it's a good idea. 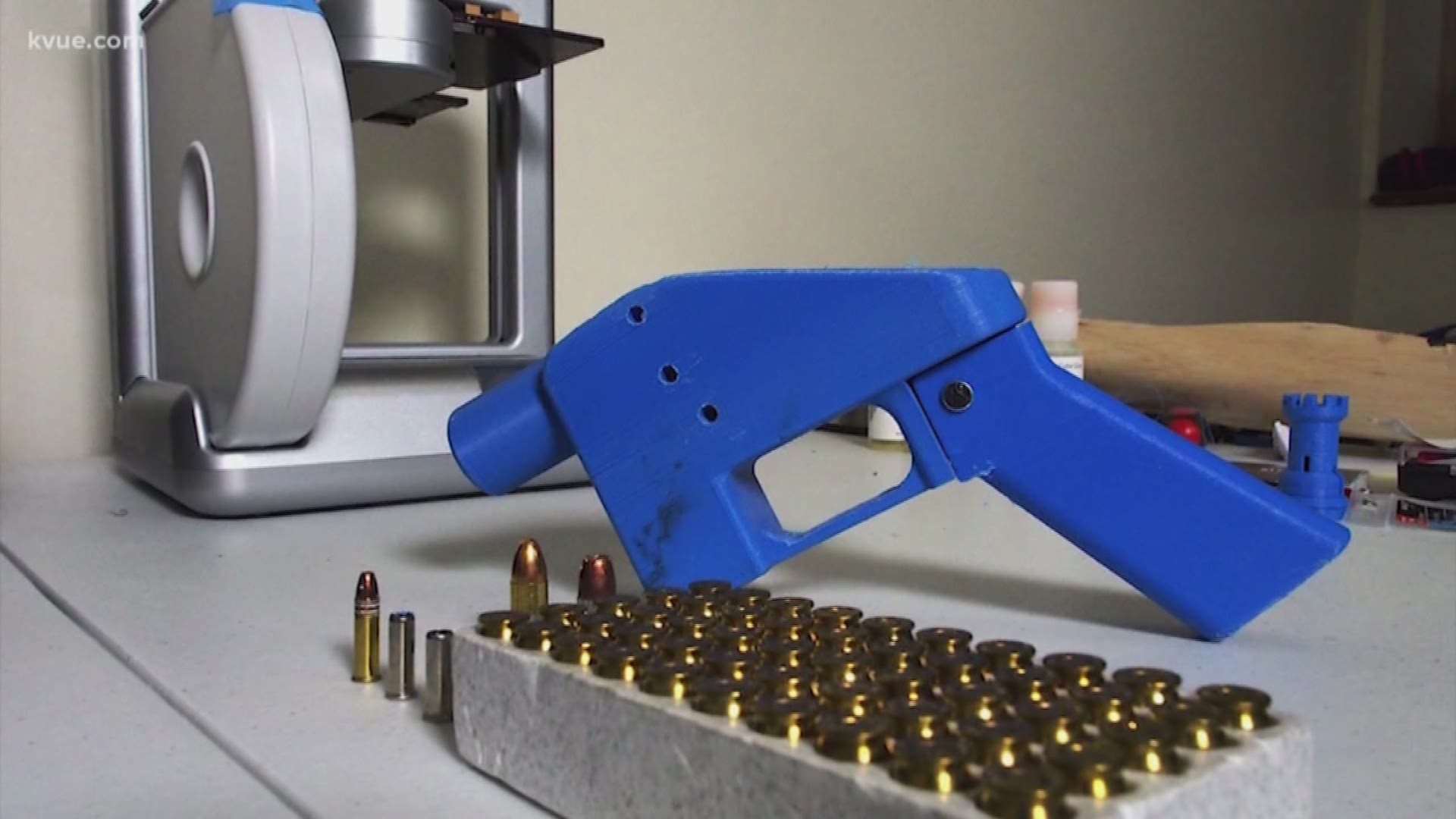 AUSTIN, Texas — Soon you'll be able to print your own guns at home because a federal judge in Austin denied a request to stop a local group from releasing 3D gun printing blueprints.

That reality is startling to gun control advocates who say it makes untraceable firearms more available, but others say it's a good idea.

"It creates a more dangerous society," said Amy Edwards, who is a member of Moms Demand Action, group that advocates in more gun control.

Edwards said the idea of people being allowed to print their own guns at home is very freighting.

"It enables dangerous people who cannot pass a background check to download an untraceable gun on demand," Edwards said.

For gun owners like Steve Ou, it's about defending the second amendment.

"People that look into this know this is not a cheap hobby," Ou said. "Even 3D printing as a whole is very expensive."

The motion will allow the Austin based group called 'Defense Distributed' to post gun blue prints, starting on Aug. 1.

APD told KVUE this isn't changing the way they handle any criminal offense when dealing with homemade weapons.

"In terms of whether someone is able to have a firearm or prohibited in having a firearm, we will handle it the same," said Lieutenant Lee Rogers of APD.

The department added that anyone with the proper identification could carry their guns whether if it's factory bought or self made.

Some of the guns that will be able to be 3D-printed include assault riffles, hand guns, and pistols.

What do you think?

Should people be allowed to 3-D print their own guns?@KVUE