Chris Rogers, a well-known Austin artist, said he wanted to capture Austin FC's "legacy" in his mural. Find it on the wall outside the stadium's Zebra Gate. 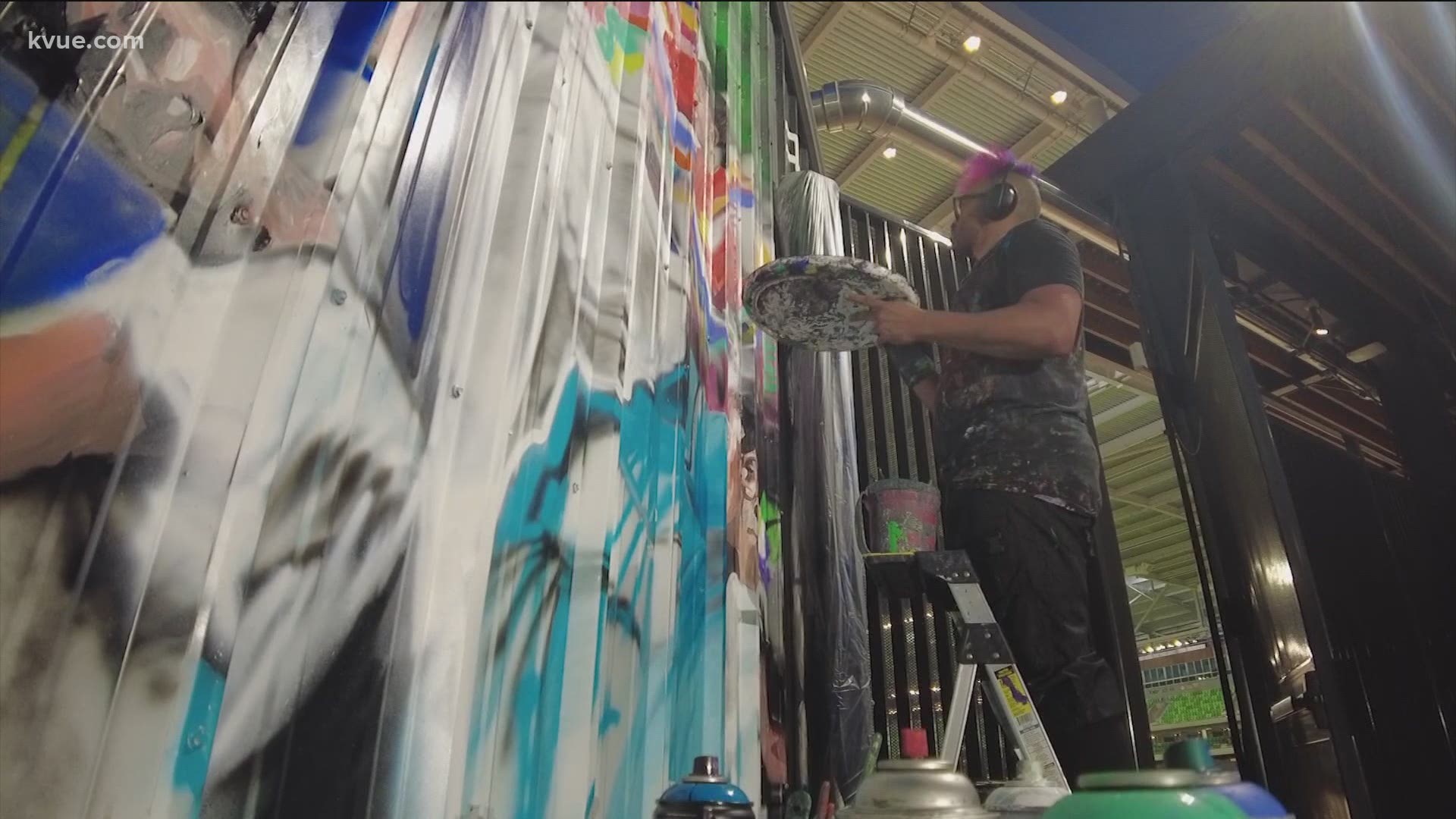 AUSTIN, Texas — It does not take much effort in Austin to find works of art highlighting the walls of the city.

As the art culture continues to grow here, a new stadium in North Austin is the next place getting marked by some creative minds.

If you take a drive over to Q2 Stadium to the Zebra Gate, that is where you will find a beautiful new mural by Chris Rogers.

In his piece titled "Whispers of the Heart," Rogers tries to capture Austin FC's goal of building a legend in Austin.

"I thought about all legends. They start with one word and they are built a page at a time. And I feel like some of our strongest creators are children. That is something that I try to tap into every time that I paint," Rogers said.

The mural portrays Gary Clark Jr. sitting under an oak tree playing music among the bluebonnets as ladies dance with their own unique expressions. In the middle of it all is a child taking whispers from hummingbirds.

"As we grow up and experience the unavoidable friction of life, like there is now, there are more voices in that room and in that whisper. It's kind of muffled, but it's always there," Rogers explained. "The live oak that could be a thousand years old, at the center of that tree is that sapling still."

He explained that the Black and Brown faces he painted in his mural highlight faces in society that are all too often overlooked.

"It is nutritional to see faces that look like that, especially if you are underrepresented and marginalized," he said.

As people celebrate Juneteenth this Saturday, he believes there could not be a better time for his mural to get so many eyes.

Rogers is a well-known artist around town. A couple of years ago before the stadium was built, he said Austin FC approached him asking if he would like to paint the mural.

Rogers immediately started working on the concept and, about a month ago, he finally started painting it.

He said he has put about two-and-a-half weeks of work into the mural, but constant rain followed by scorching temperatures has not made it easy. His goal is to finish before Saturday's game.

As crowds of people visit the stadium in the years to come, he is honored his work will always be one of the first things people from Austin and beyond see.

"It is a small dream come true. I mean, that is my artwork being visited by large audiences," he said.