An Austin father who has always had a "dad" sense of humor even before he had kids has figured out a way to turn his quips into a clothing company. 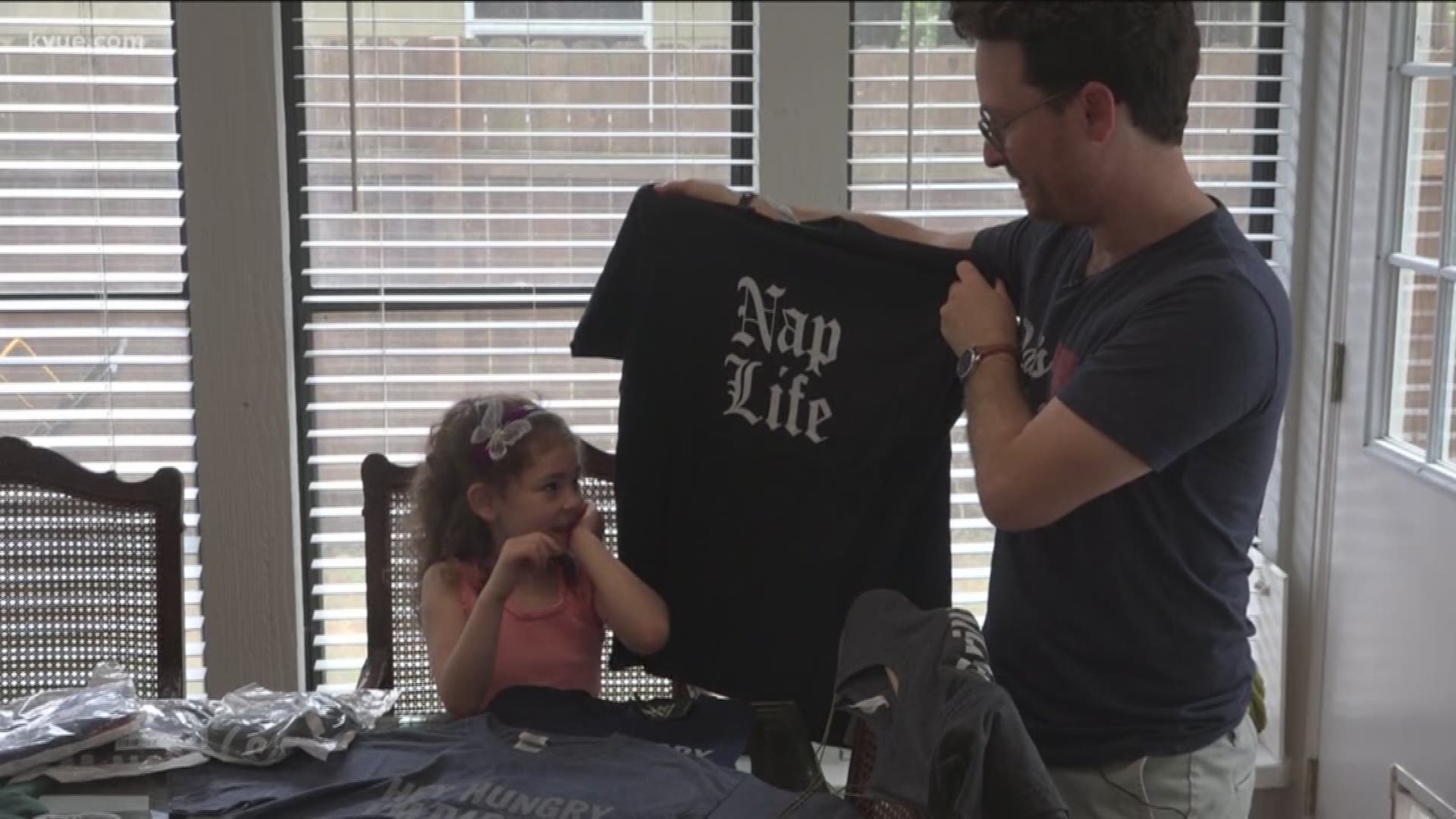 AUSTIN, Texas — Dad jokes – I'm sure we have all heard quite a few of them. One Austin dad figured out a way to turn his quips into a company.

Even before Daniel Stone had kids, he was known for his sense of humor and its dad-like manner. Once he did join the dad club six years ago, he noticed a void a few years later.

"When your wife has a baby, there's so many novelty shirts that she gets but there wasn't anything for dads," Stone said.

Stone decided to turn his jokes into apparel by starting the company "Classic Dad." He put some of his best jokes, phrases and sayings onto clothing that works for all types of dads.

"Dads have different shapes and sizes," Stone said. "We wanted our shirts to reflect that."

Fellow dad and neighbor Jim Duda remembers some of the first shirts when Stone got things going.

Duda has grown to appreciate the shirts years later.

Posing as a waitress, daughter gives her Austin dad a special surprise

"I can't narrow it down to 10 shirts that I would get my dad," Duda said. "They came out with a shirt that says, 'Still plays with cars.' It's got an old-school classic hot rod on it. I like that one. Seeing these guys come up from bad slogan T-shirts to now a full website of just really cool stuff has been neat."

Stone's small business got a major boost last year when gas station company Buc-ee's made a deal to carry his shirts in stores across Texas.

Stone said Father's Day is when he makes the most number of sales. He said he sold 5,000 shirts this holiday season – a 50% increase from last year.

"This is my Cyber Monday/Black Friday all morphed into one," Stone said. "I used to joke that this was just going to be some pocket cash, but now I truly think and hope this will be her [his oldest daughter] college fund."

Stone said he hopes to work with other people in Central Texas who are interested in starting their own T-shirt line as well.