The crash happened on FM 620 near Mansfield Dam, according to ATCEMS. 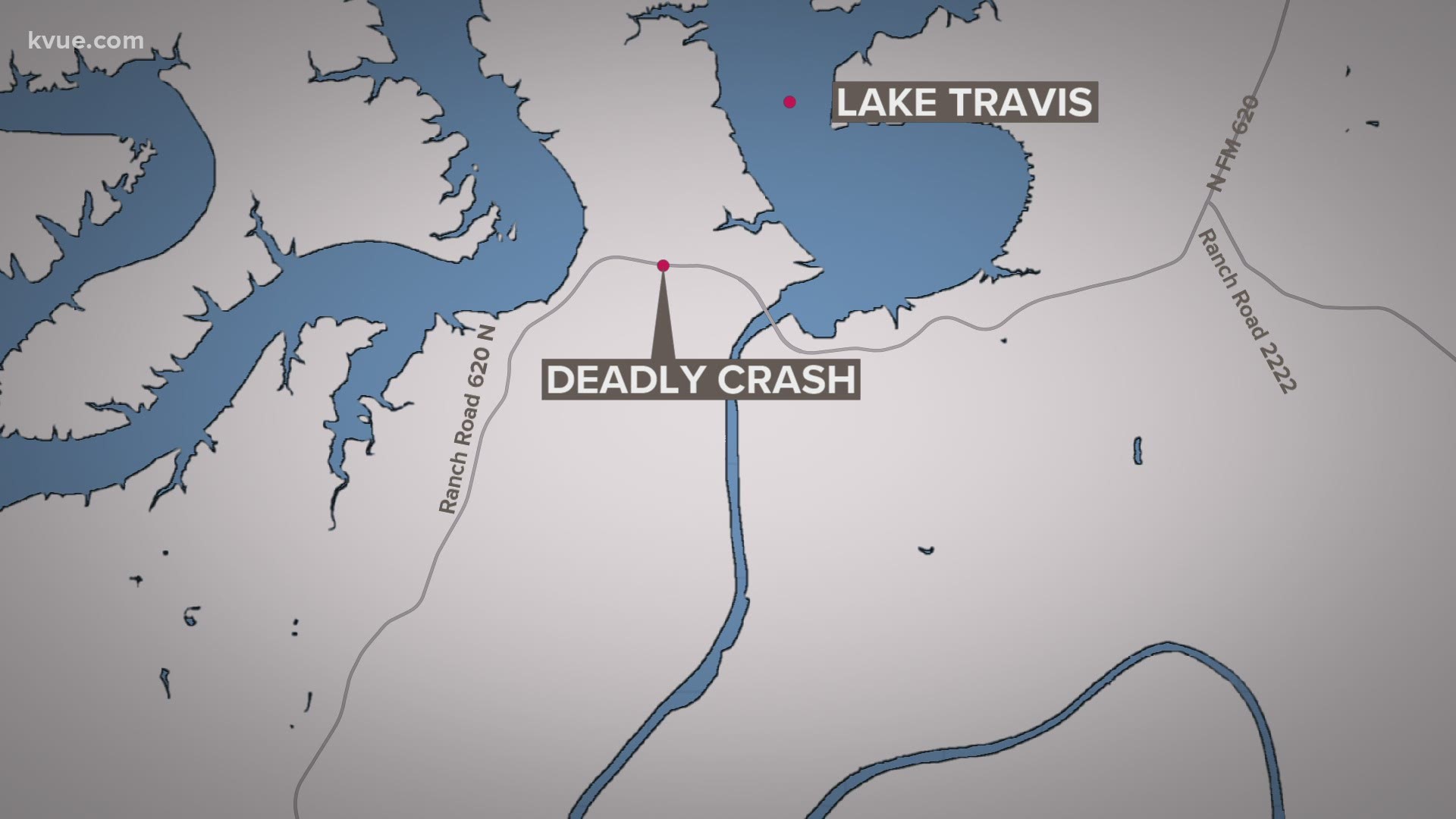 AUSTIN, Texas — One person has died after a crash near Mansfield Dam at Lake Travis, according to Austin-Travis County EMS (ATCEMS).

ATCEMS said it responded to the crash, located at 4221 N. FM 620, at approximately 3:10 p.m. Wednesday. Initial reports indicated that an adult was pinned in their vehicle and there were multiple vehicles involved. ATCEMS said the pinned-in adult was extricated from the vehicle and medics administered CPR to the patient.

ATCEMS tweeted just after 4 p.m. that the patient had been pronounced dead at the scene.

ATCEMS said to expect traffic closures and advised the public to avoid the area, if possible.