"The hardest thing we had to do as a family, was bury him on his birthday." 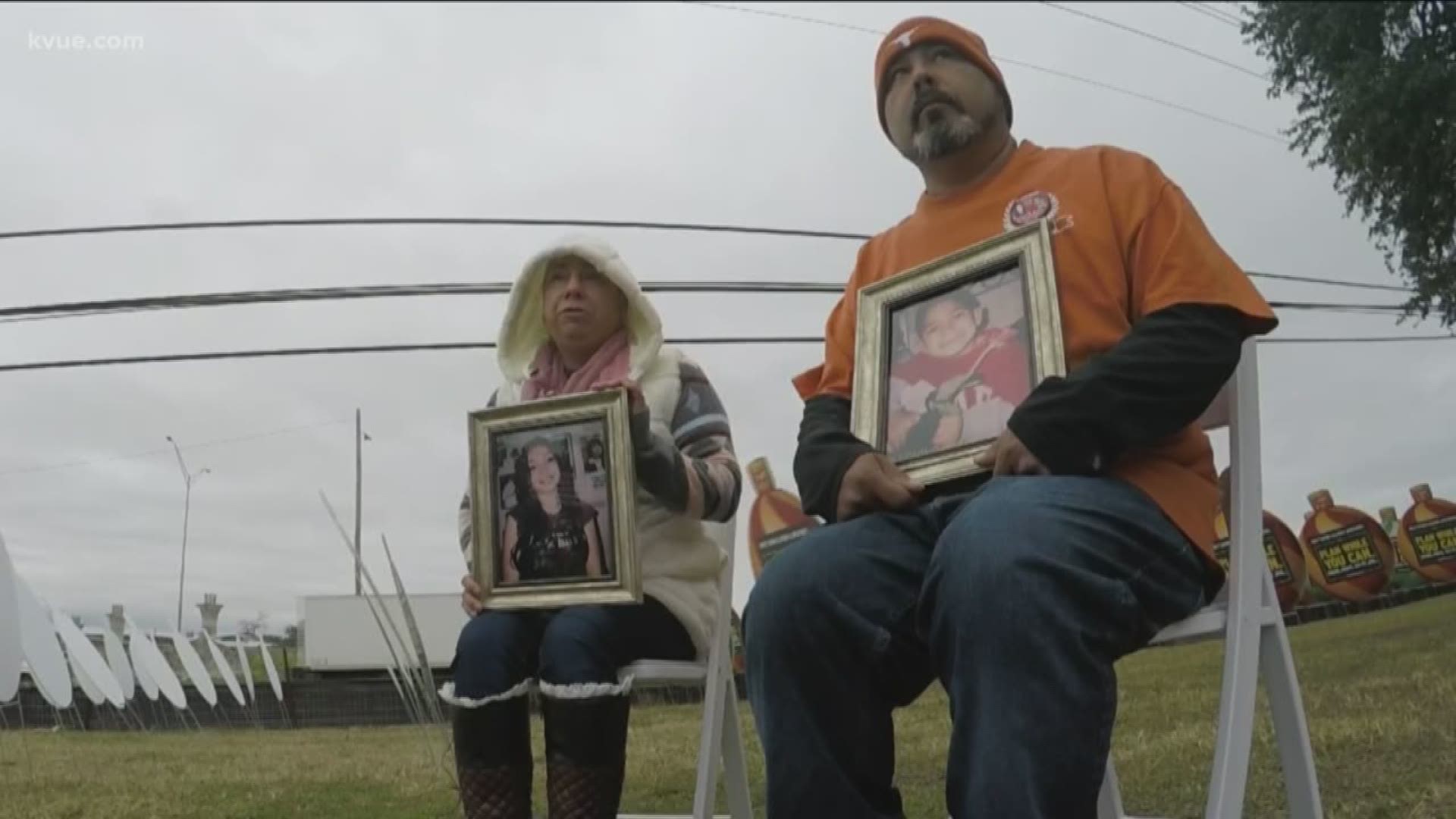 AUSTIN — Ornaments are placed along Interstate 35 as a memorial for people who have been killed because of drunk drivers.

A little more than a decade ago, two young cousins -- 16-year-old Erica and 5-year-old Elias -- were killed after a drunk driver hit the car they were in.

"Elias was an amazing little boy," Debra Vasquez, Elias' aunt and Erica's mother, said. "The hardest thing we had to do as a family was bury him on his birthday."

The wreck happened 12 years ago, on the intersection of Anderson Lane and Martin Luther King Jr. Boulevard in East Austin.

"What mother wants to bury their child because of one person who wanted to drink?" Vasquez asked.

Erica was the passenger of the car. Her injuries left her in a coma for 28 hours until she passed away.

Both Erica and Elias, along with other family members, were on their way to see their grandparents -- until their ride took an unexpected turn.

"There are so many lives taken because there's people drinking and getting behind the wheel," Vasquez said. "I see people lose family members, and it breaks my heart because I'm a victim and I know how they feel."

The loss of these two young lives has affected many.

"Nobody ever raises you or teaches you how to deal with the grief of losing a child," Munoz said.

The Texas Department of Transportation (TxDOT) is trying to prevent another tragedy like this from happening this holiday season.

"Last year, during holiday season, 98 people lost their lives because of impaired driving crashes," Bradley Wheelis, a spokesperson with TxDOT, said. "That's a staggering number and many of those crashes could have been prevented if folks designated a driver or took a rideshare."

"We take life for granted. So, let's live our life the way it's supposed to be," Vasquez said.

The crash has fueled a family commitment to do what they can to prevent this from happening to anyone else.

"If we can save one life then Erica and Elias didn't die in vain," Munoz said.

The family set up a memorial at the crash site in East Austin to stress the consequences of drinking and driving.