KVUE's Ashley Goudeau spoke with Interim Austin Police Chief Brian Manley to discuss criticism he has received for the language he used in Wednesday's press conference about the Austin bombing suspect. 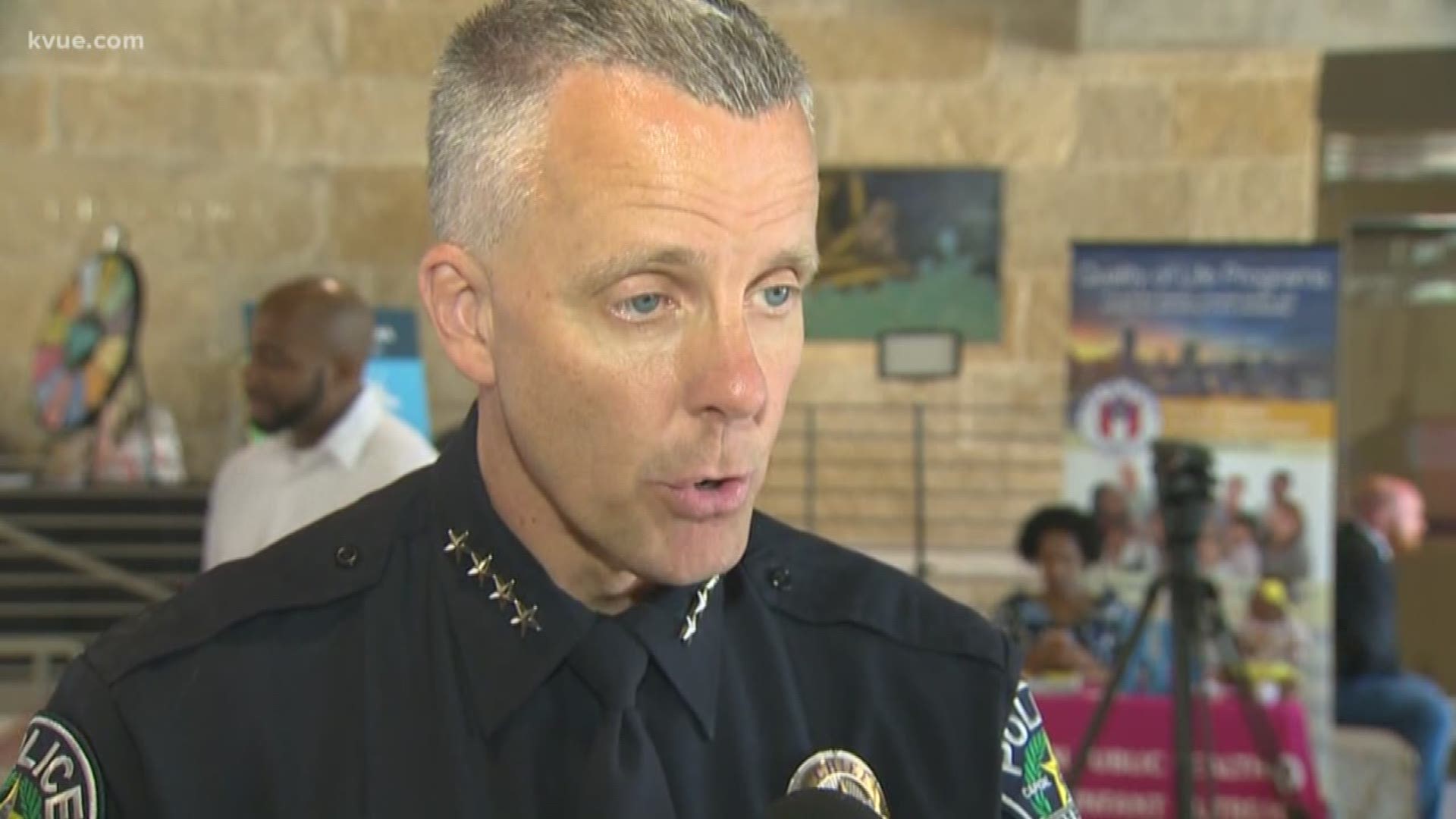 Interim Austin Police Chief Brian Manley addressed the criticism he has received regarding his statements in Wednesday's press conference about the Austin bombing suspect in an exclusive interview with KVUE's Ashley Goudeau.

At the press conference Wednesday, the police chief said the recording contained what he classified as a "confession to the construction of the explosive devices" from Mark Conditt. Manley also said Conditt did not mention anything about terrorism or hate in the recording.

Manley told Goudeau Thursday that his comments in the press conference were not his own opinion, but rather a reiteration of what he heard suspect Conditt say in the 25-minute recording police recovered.

"In no way am I going to be sympathetic toward someone who murdered people in our community," Manley said in the interview. "What my comments were, were a reflection of what his comments were. They are not my belief, they are not my opinion. What I was trying to convey to the community was what I heard in his words. And so I do understand that there were folks that were concerned about that. This man created terror in our community by his actions, undoubtedly. And that is my opinion. And what I was doing in that press conference was trying to describe what he said -- how he described his life. There is no way I would ever try to mitigate his actions and my heart is with the families in this community that lost lives or had lives forever changed as a result of his acts."

Manley said he in essence summarized Conditt's comments in the recording and said it may be released depending upon where the investigation goes.

"But my comments again were meant to summarize what I heard [Conditt] say and not give credit to what he said, not indicate that I believe what he said, just to try and educate this community on what he said," Manley said. "My opinion is that he created terror in our community by his actions and he stole lives from our community."

But some, like Educational Anthropologist and Tenured Black Studies Professor at the University of Texas Kevin Michael Foster, said those weren't the words they wanted to hear.

Foster wants law enforcement to address all criminals with the same tone, no matter their background.

"The reality is the police should be talking about all folks with this level of care, so it's not like oh you should have called him a thug, it's that actually what you did there, is what should be done generally,” said Foster. “We have an inconsistency in terms of how we talk about these things, and this is against a backdrop of the city where we have ongoing issues around race.”