The FedEx store off Brodie Lane in Sunset Valley reopened Wednesday after it was the scene of a federal investigation Tuesday. One customer told KVUE the employees were still a little bit uneasy. "I can tell they're still a little bit nervous but that's to be expected," he said. 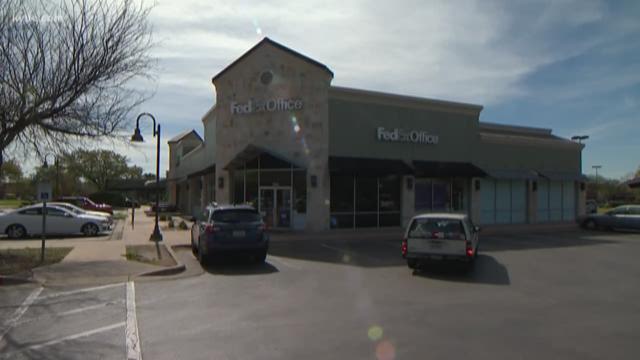 The walk in FedEx store off Brodie Lane in Sunset Valley reopened Wednesday after being closed all day Tuesday for a federal investigation.

That investigation placed now deceased, 23-year-old Mark Conditt, at the Brodie Lane FedEx location this past weekend, who authorities say shipped the package that ultimately exploded early Monday morning at the FedEx facility in Schertz.

Federal agents discovered surveillance footage that show Conditt in a blonde wig and red gloves dropping off a package.

On Wednesday, it was business as usual as customers, like Bo Dodd, walked in and out of the store called FedEx Office. Dodd said he tried dropping off the same package Monday when the store was shut down. He said the workers are still on edge.

"I can tell they're still a little bit nervous but that's to be expected," Dodd said.

"They don't have too much staff over a weekend setting which is understandable over the weekday and that's when Mr. Conditt actually came in and you can see he came in with gloves, the wig," said Dodd.

Next door to the Fed Ex Office sits brand new Poke Austin. The businesses opened just 11 days ago. Day 10 was filled with an unexpected surge of FBI and ATF agents.

"A lot of questioning, a lot of thorough looking around," said Kairo Waters.

Waters is the General Manager of the new restaurant. Waters said he saw federal agents crawling around all day. And while his parking lot was closed for 10 hours because of the investigation, he said it didn't affect business much.

Still, the situation was understandably overbearing.

Authorities were looking for footage of Conditt but they didn't find any from Waters.

KVUE asked FedEx for a statement but have not received one.