A woman inside was taken to the hospital with non-life-threatening injuries, police said. 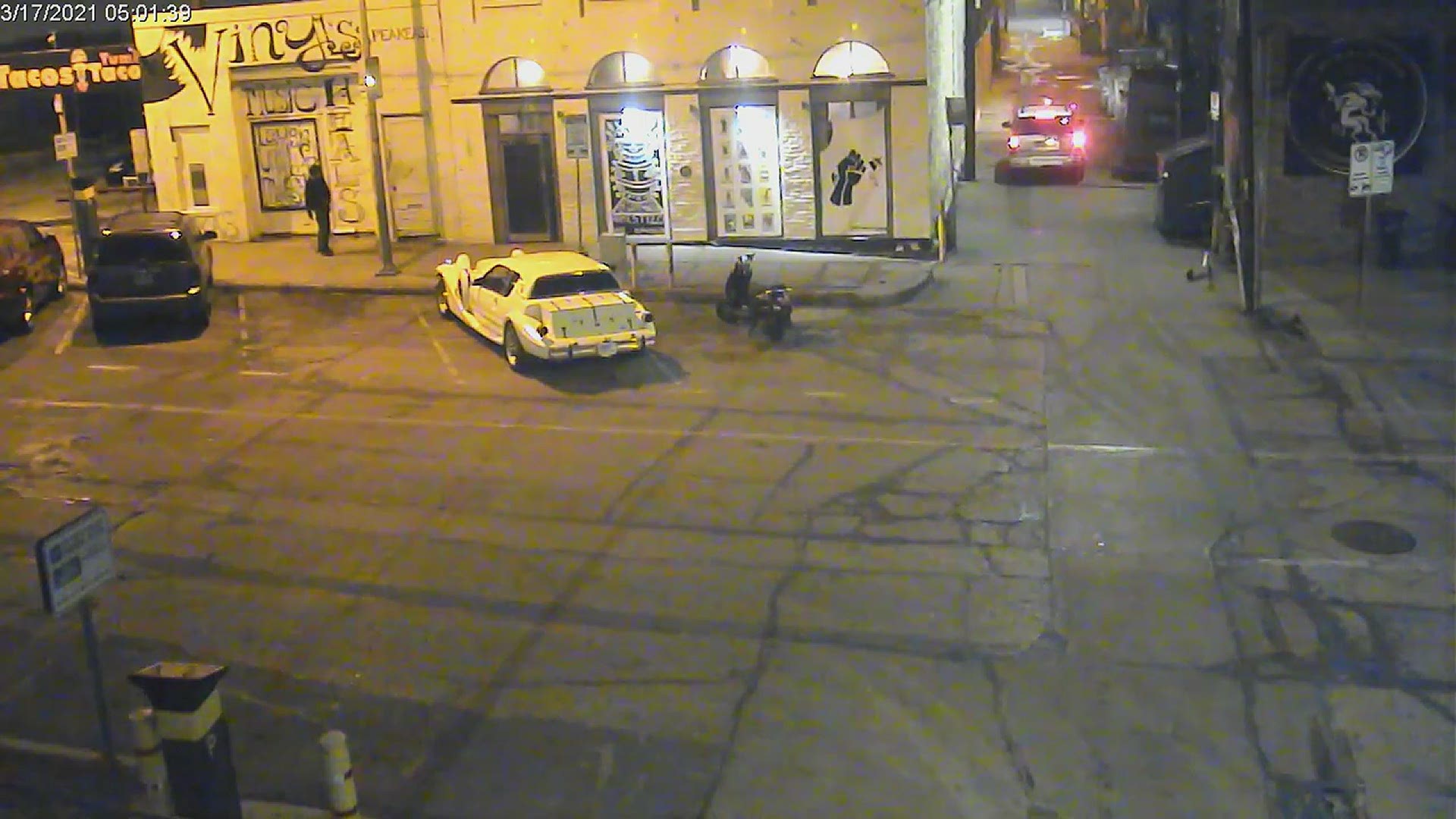 AUSTIN, Texas — After two men were not let inside a Downtown Austin bar called Teller's Bar, police said they returned with a gun and shot into a bar employee's car. A woman inside was taken to the hospital with non-life-threatening injuries.

Now, police are looking for the shooter and the person who was driving the getaway car.

According to the Austin Police Department, the two men were denied entry to Tellers bar, located at 607 Trinity St., around 2:15 a.m. on March 17. During the altercation, one of the men showed a gun and threatened to kill bar employees and patrons, police said.

The two men left but came back around 5 a.m. in a Chevrolet Trailblazer. Video shows the passenger run toward the street and fire multiple rounds into a vehicle that belongs to one of the bar's employees. A woman was sleeping inside the car and was hit by one of the rounds. Police said she was taken to a hospital with non-life-threatening injuries.

Austin police are looking for the men and urge the public to call 911 if anyone sees the car or the suspects. The car is described as white with no front license plate and between 2002 to 2005 model.

The shooter is described as being a Hispanic man between 5-foot-10-inches tall and 5-foot-11-inches tall with a thin build and short black hair. He was wearing a black T-shirt with white shorts, a white hoodie and a large gold chain.

The driver is described as being a Hispanic man between 5-foot-6-inches tall and 5-foot-8-inches tall with a heavy build. He is bald and was last seen wearing a black button-down shirt with short sleeves and a black tank top underneath with black and gray camouflage shorts.