Police said the crash happened just after 11 p.m. Thursday near VFW Road and the Interstate 35 service road in northeast Austin. 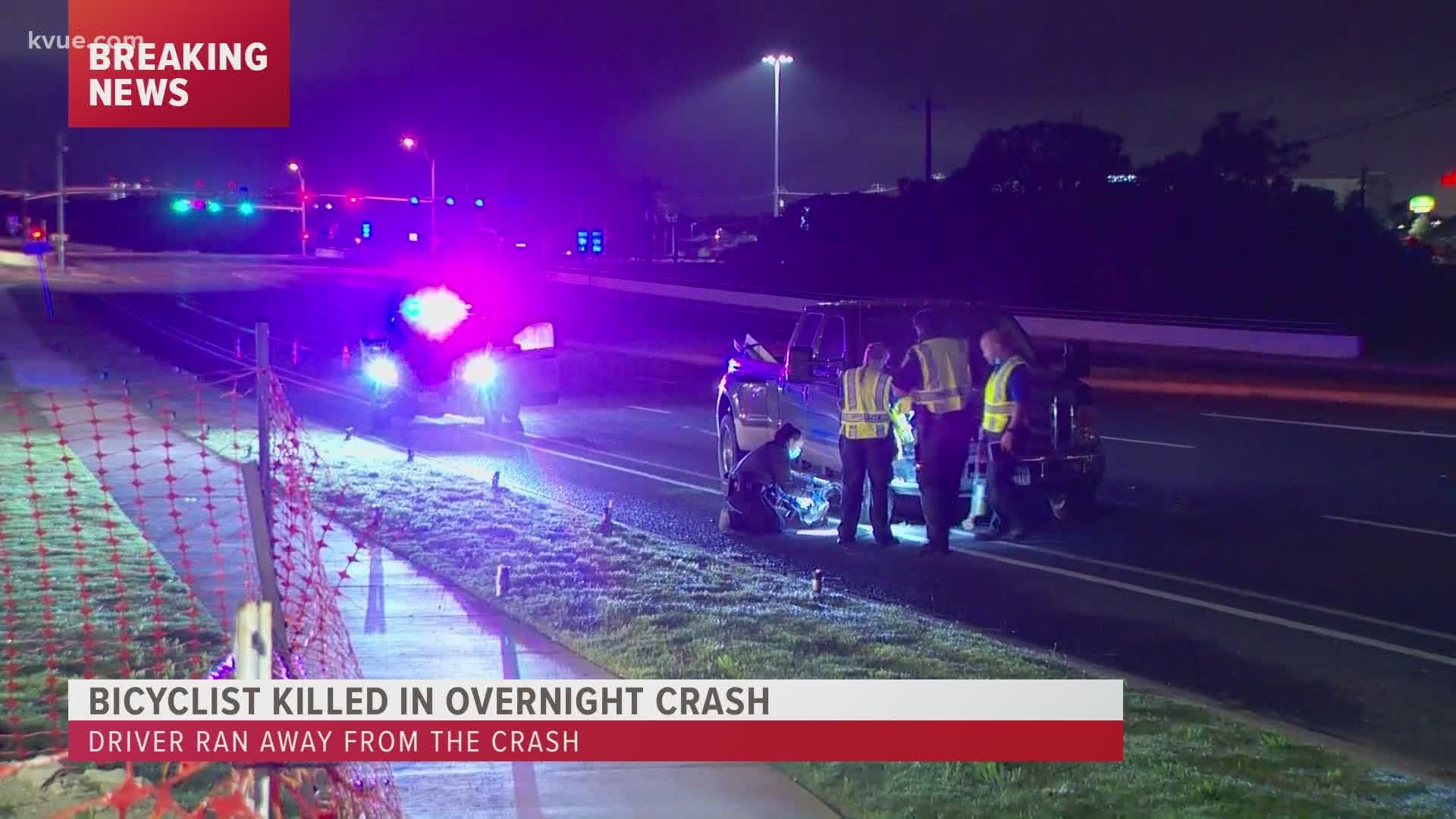 AUSTIN, Texas — Austin police are looking for the driver of a vehicle that hit and killed a bicyclist in the late evening hours of Oct. 22.

Police said the crash happened just after 11 p.m. near VFW Road and the Interstate 35 service road in northeast Austin.

According to the APD, the driver of the vehicle hit the bicyclist, left the vehicle at a nearby QT gas station on Techridge Boulevard and ran away on foot. The bicyclist died at the scene, according to officials. The brown, 2008 Ford F350 was located with heavy damage to the right, front-corner panel

The cyclist was identified as Michael Wayne Allen Parish, 26.

Police said Parrish's bicycle did not have a headlight or rear light. He was not wearing a helmet.