Kit Lundin, a crane operator for 40 years, said these types of incidents are rare. 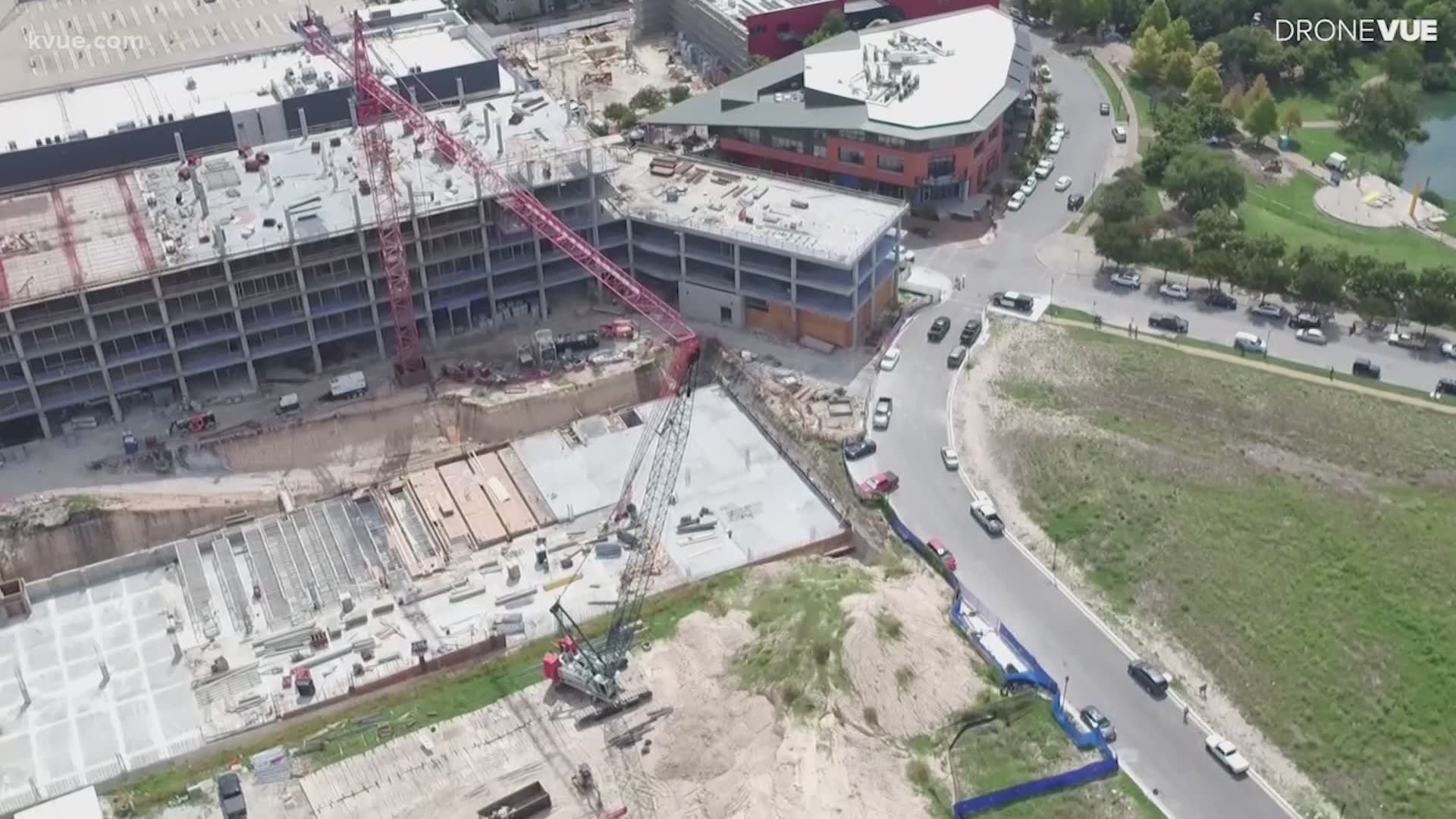 AUSTIN, Texas — Kit Lundin is used to being high in the air. He's been operating tower cranes for around 40 years.

But the crane collision Wednesday morning at a construction site in the Mueller area of Central East Austin caught his attention.

"I was shocked at the number of people that were injured," Lundin said.

Officials say 22 people were injured, with 16 sent to the hospital. KVUE reported Wednesday the injuries appeared to be minor and the construction company involved, Cadence McShane, said in part, "Thankfully, there have been no life-threatening injuries, but we are investigating the incident with the Authorities Having Jurisdiction. We are in close contact with our subcontractors, local authorities and our on-site team to better understand what transpired."

No deaths have been reported. Officials with the Occupational Safety and Health Administration (OSHA) said they are investigating the incident.

"Thank God it's rare. It's hopefully – hopefully you never see it. But in a city this size, Austin size, you'll see something like this every two or three years," Lundin said.

While it is not confirmed yet as to what exactly happened to cause Wednesday's collision, Lundin said it typically happens due to miscommunication between the crews on site.

"You have to have a really tight-knit crew that's been working together for a long time to eliminate stuff like that. You guys, get guys coming and going. Different work experiences, different experience levels. Unclear communication channels, possibly lack of [delieanating] like, 'This is your responsibility,'" Lundin said. "Five seconds, 20 seconds, you know, that's all it takes. And he – and he swings around, somebody doesn’t look, human error."

When asked if he feels there is enough training for crane operators, Lundin said, "No. No, it's because it's such a critical life-and-death issue."

Lundin added that he believes more training is necessary for future crane operators. He also reiterated what officials mentioned Wednesday about the crane operator staying inside one of the cranes for most of the day to act as a second safety measure.

"He's up there to prevent that crane, to keep that crane exactly where it's at until they can get the engineers to look at it, to decide what they need to do and get the personnel up there to unhook those to get them, get them unhooked," Lundin said.

The cranes were separated just before 6 p.m. Wednesday.