"When I say 'love is love,' it doesn't matter who you are and what you look like." 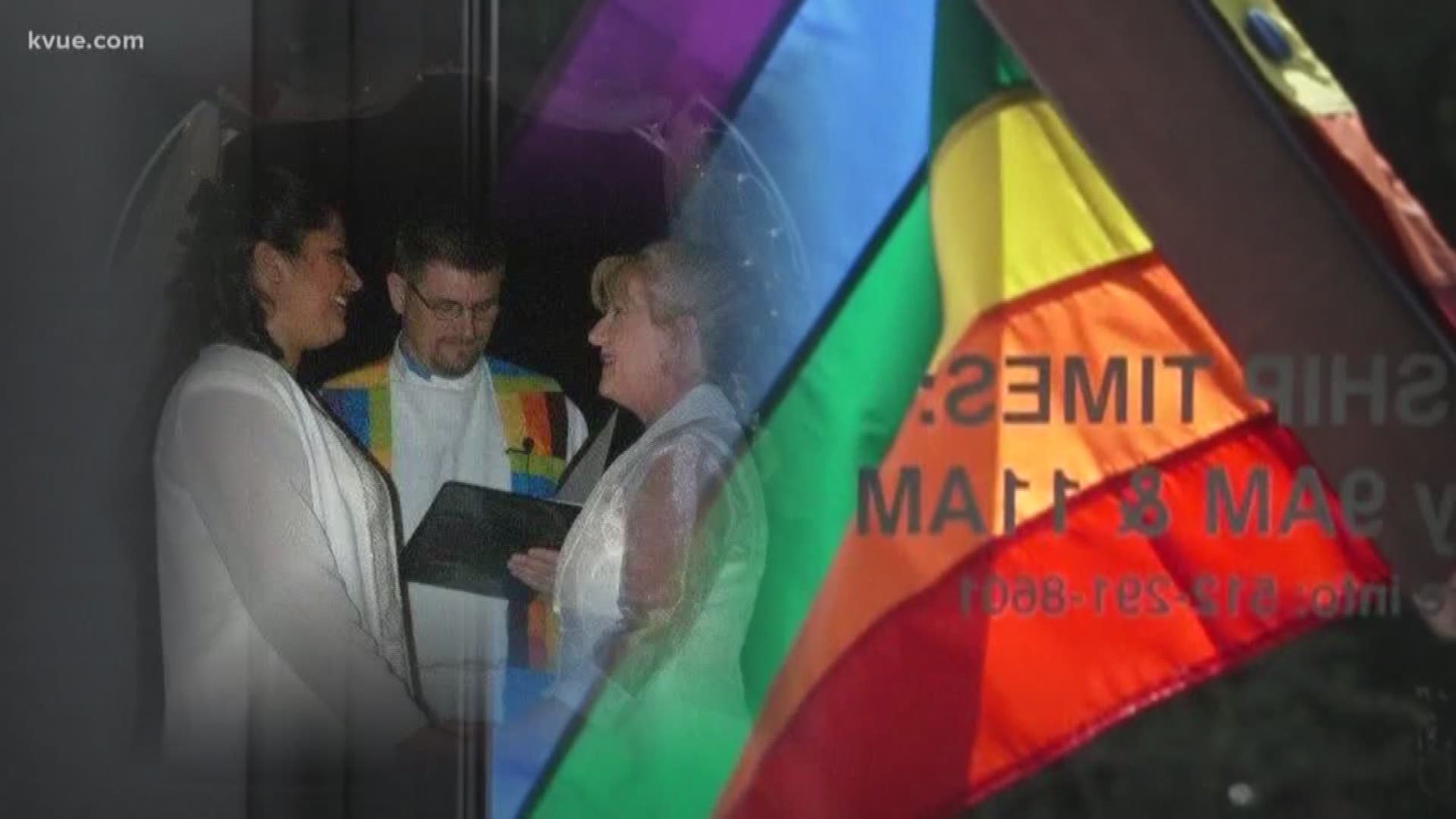 AUSTIN — Tuesday marked a historic moment for same sex couples in the United States: the three-year anniversary after the U.S. Supreme Court ruled that LGBTQ couples could get married.

"When I say 'love is love,' it doesn't matter who you are and what you look like," said Becki Lee, who has been married to her partner Rebecca Rocha for three years.

Lee and Rocha's commitment of love was finalized on paper right after the Supreme Courts decision was announced.

Rebecca and Becki met each other about 2 decades ago.

When #SCOTUS ruled it’s allowed for same-sex couples to get married, they rushed to the Travis County courthouse.

‘Being together forever is what’s important for us,” Becki says. pic.twitter.com/kLRWeTX2RC

The couple rushed to the Travis County courthouse to get married after being together for almost two decades.

"Making it legal completely changed our outlook in our relationship," Rocha said.

Just like Lee and Rocha, dozens of others made their way to Metropolitan Community Church in South Austin on Tuesday.

"Our congregation is made up mostly of LGBT people," said Amanda Alvarado, who helped organize a celebration of the three-year anniversary.

"As a religious community, it's important to celebrate those relationships since they haven't traditionally been in Christianity," Alvarado explained.

It's a celebration of love and family that filled the rooms inside the church.

"Being together forever is what's important to us," said Lee.

This accomplishment is a reminder of the many years it took to finally get legally married.

"I'm so proud of my country and my state," Lee explained.