George and Carol McCoy said they would have gone to even more had they been in the United States. 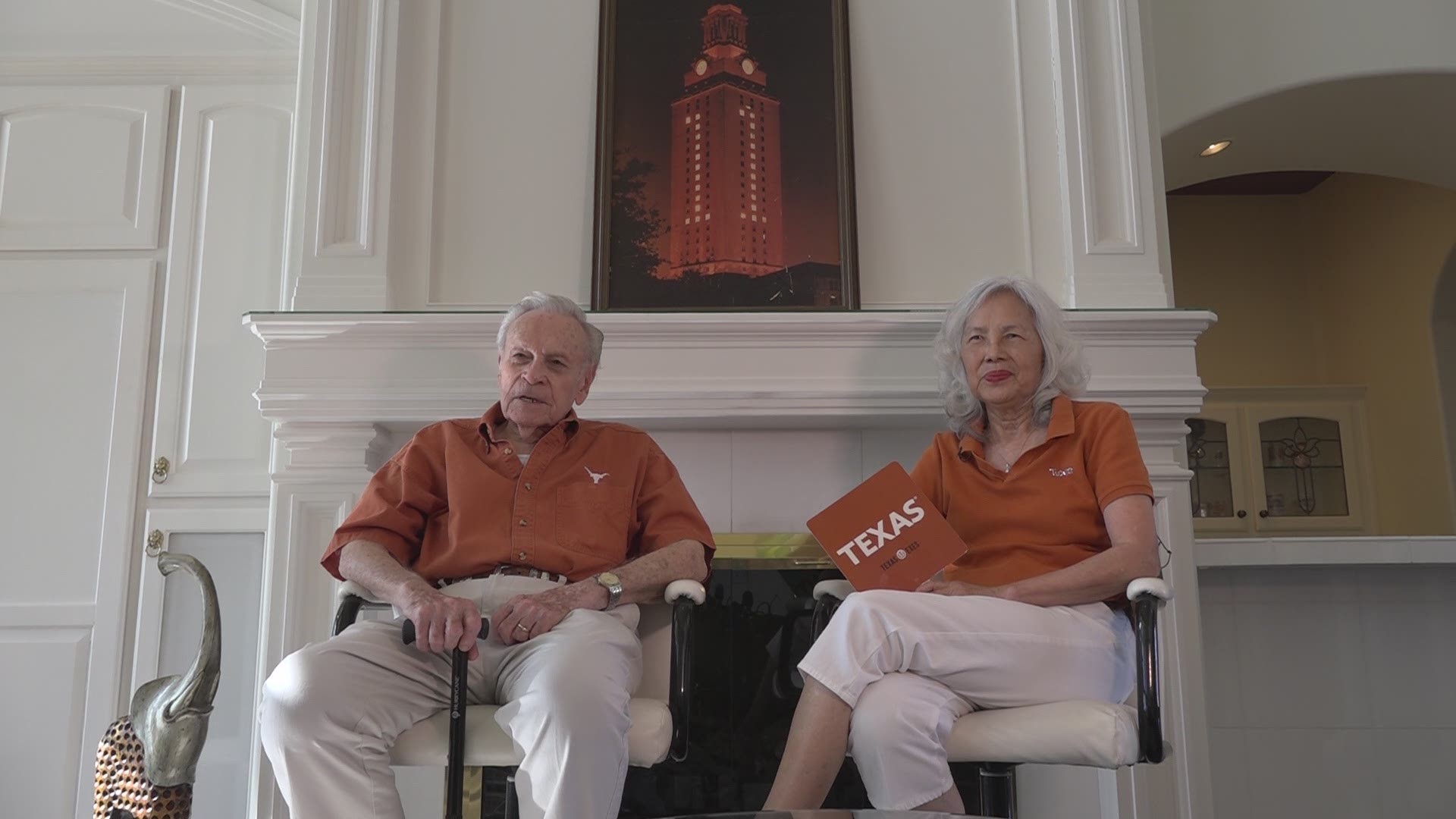 AUSTIN, Texas — Tickets may be hard to come by for this year's Red River Showdown. But one Austin couple made sure to have theirs well in advance.

George McCoy, 87, a Port Arthur native, has cheered on the 'Horns for as long as he can remember.

Today, he and his wife, Carol McCoy, have seen a lot of first-downs, touchdowns and games.

RELATED: This Texas player could accomplish something against Oklahoma this weekend no other Longhorn has

"I don't think we can count it," said Carol.

But the biggest score of all came 40 years ago.

George lived around Asia while working in the oil business for decades. He kept his Longhorn spirit with him all those years, and shared it with his wife, Carol, when they met in her homeland of Malaysia.

"When we got married, I had no idea there was such a thing as American football," said Carol.

Over time, she got the hang of it and learned to love throwing up the horns as she cheered the team on with George.

Keeping football close, the couple lived in Thailand until retirement.

"When we retired, she said, 'What do you want do?' and I said, 'I want to go watch the Longhorns,'" said George.

The rest is history. They moved to Texas and have been going to as many Longhorn games as they can and any way they can.

"We've done just about everything except jogging," said Carol. "We'll go as long as we can. As long as we don't have to crawl!"

George said every game is special to him, but he and Carol never miss a UT vs. OU game.

Of course, they're hoping the Longhorns get the W this Saturday.

"I'd like to teach the Sooners how to do the horns up," said Carol.

But the couple is also hoping for some positive energy.

"What I would like to see is the opponents to quit doing the horns down and the Texas people quit hollering 'OU sucks,'" said George.

The McCoys are also well known donors of the Longhorn Foundation.