The couple created the nativity scene in protest of ICE operations at the border. 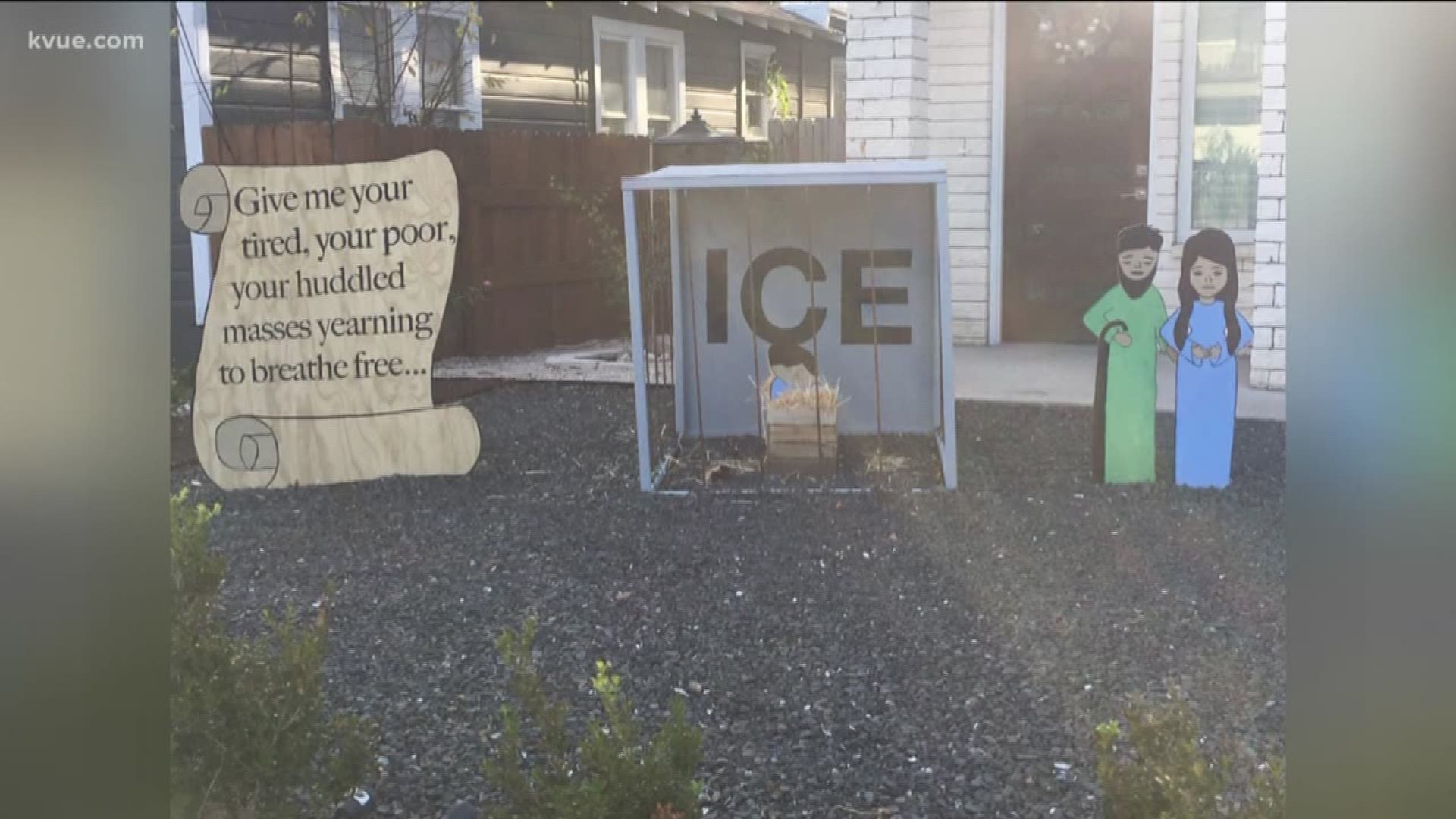 AUSTIN — One Central Austin couple's Christmas decorations are stirring up some controversy.

In their front yard sits a nativity scene showing baby Jesus in a cage in with "ICE" written on it, Mary and Joseph separated outside of the cage and a quote from the Statue of Liberty written on a scroll.

It's all in protest of children being detained at the border and separated from their families.

Naranjo told KVUE over FaceTime that she and her husband handcrafted the scene themselves.

"We decided to show baby Jesus in a cage because he was a refugee himself," Naranjo said.

She said she hopes the decorations start a conversation.

"People are having a hard time having discussions about issues, and so we have been taking our political beliefs and putting them into our holiday displays as a way to start those conversations with people who would otherwise not be interested or listen," Naranjo said.

So far, they've only seen reaction to the scene on Facebook since they put it up just over a week ago.

"If anyone is offended by our display, please know that we want to start this dialogue and have people thinking about why children are in cages," Naranjo said.

This isn't the first time the couple has displayed something like this. Last year, they put up a display showing President Donald Trump as the Grinch.

"As long as there are issues to talk about and a little levity to bring to the holiday season, we'll be trying to push the envelope," Naranjo said.

The couple said they plan on making this a tradition, but there's no word yet on what they'll do next year.