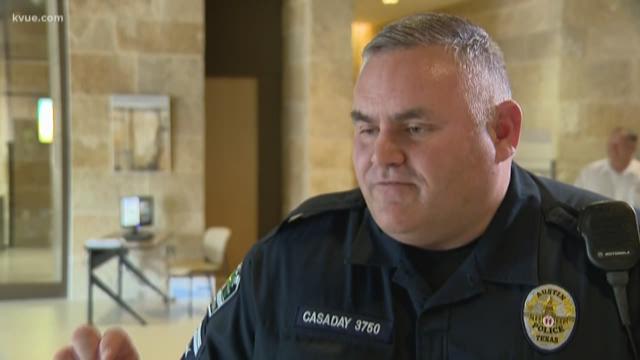 Starting Sunday, Austin Police Officers will see an increase in their paychecks.

The Austin City Council voted 10-1 on Thursday to restore most of the stipends officers used to receive under the city's contract with the police association.

Back in December, the council rejected a five-year, $82 million renewal of the city's labor contract with the Austin Police Association (APA). At the time, some members said the deal was too costly and lacked transparency.

The council wanted to go back to the drawing board and renegotiate, but the APA membership voted to let the contract expire. Since the end of December, the police department has been operating under the civil service code.

Now that the City has a new Manager, Spencer Cronk, city staff and the APA will start negotiations again. APA President Ken Casady said he hopes a deal can be reached by the end of March.

But when the police contract ended, all Austin officers saw cuts to their paychecks because they used to receive stipends for different roles and responsibilities they took on.

"Because they have everything in front of their name, they're [Field Training Officer], they're a mental health officer, they're on a night shift. So all those guys and girls lost that money. It totals up to $1,000. And for anybody in this city $1,000 a month is a big pay cut for anybody," Casaday said.

During the public comment before the council vote, some argued the cuts wouldn't have happened in the first place if officers would have continued negotiations and that the council would give up its negotiating leverage if it restored the stipends.

The council voted to restore all of the stipends with the exception of restoring the longevity pay and Field Training Officer pay to the amounts they were under the APA contract.