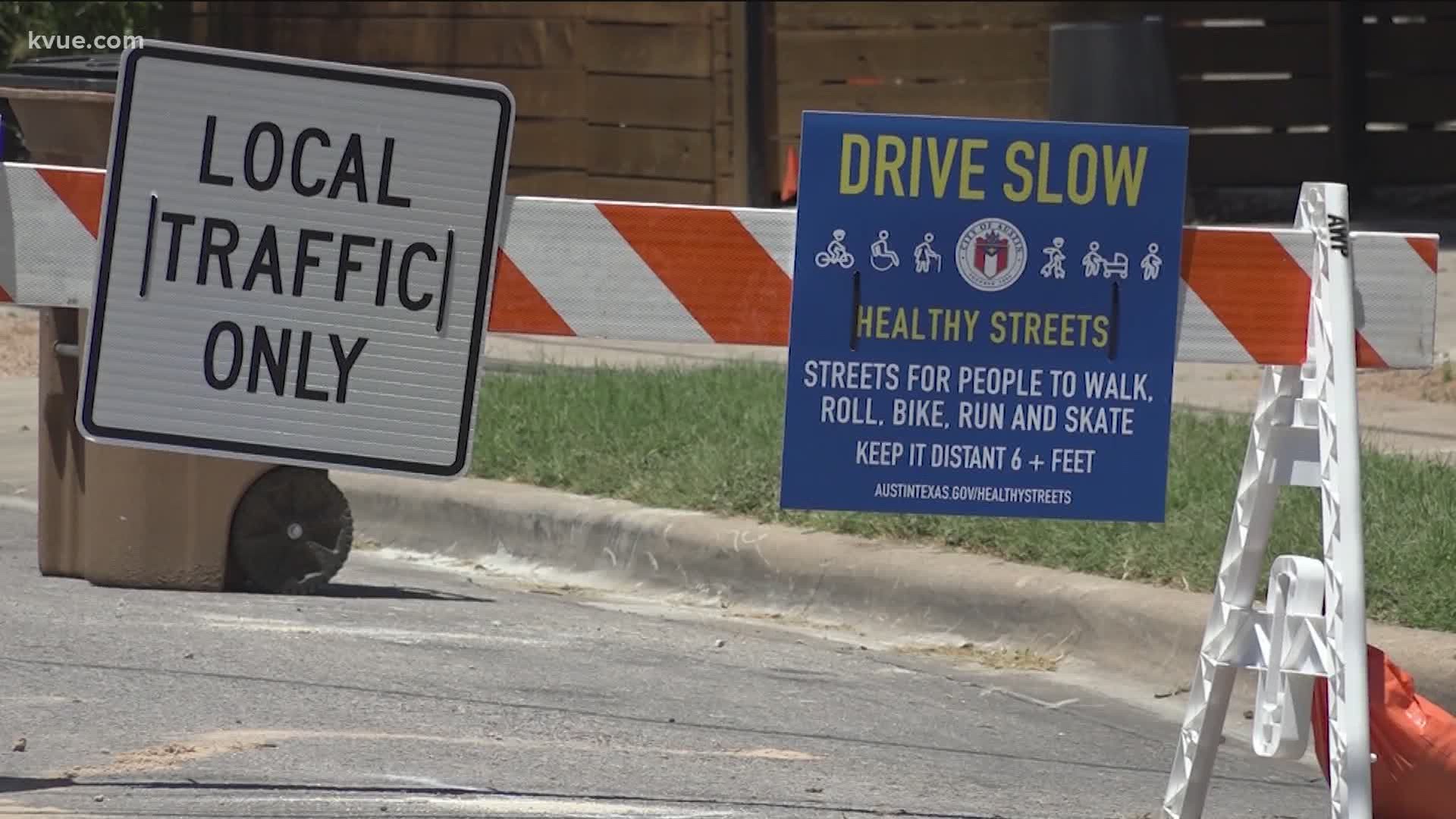 On May 7, the Austin City Council approved a resolution to create a slow streets initiative titled "Healthy Streets," which will temporarily create safer spaces for people to walk, bike and travel in wheelchairs while still maintaining social distancing.

On May 21, staff with the Austin Transportation Department started closing three different street segments in order to limit vehicle traffic, according to a press release from the City. This will allow people living near the streets to "more comfortably walk, wheelchair roll, run and bike with enough space to maintain physical distance," the City said.

These were the streets crews changed in the first batch:

“Users of these roadways, whether on foot or behind the wheel, are reminded to be cautious and watch out for each other as the changes will result in greater interactions,” said Rob Spillar, Austin Transportation director, in a written statement.

Those who want to take part in the "Healthy Streets" are prohibited from "gathering, barbecuing or playing games that involve physical contact of any kind," the press release said. People using the streets must stay at least six feet apart from others and wear a face mask.

“It’s been great seeing the public support on social media,” said Councilmember Paige Ellis, the author of the Healthy Streets resolution. “I love seeing people of all ages and abilities using this public space in their neighborhood for exercise and play. I can’t wait to see this initiative expand to other streets around the city, and I’m thankful to Walk Austin and the other community partners who organized the petition.”

The City is asking for feedback from the community and suggestions for more "Healthy Streets" online.