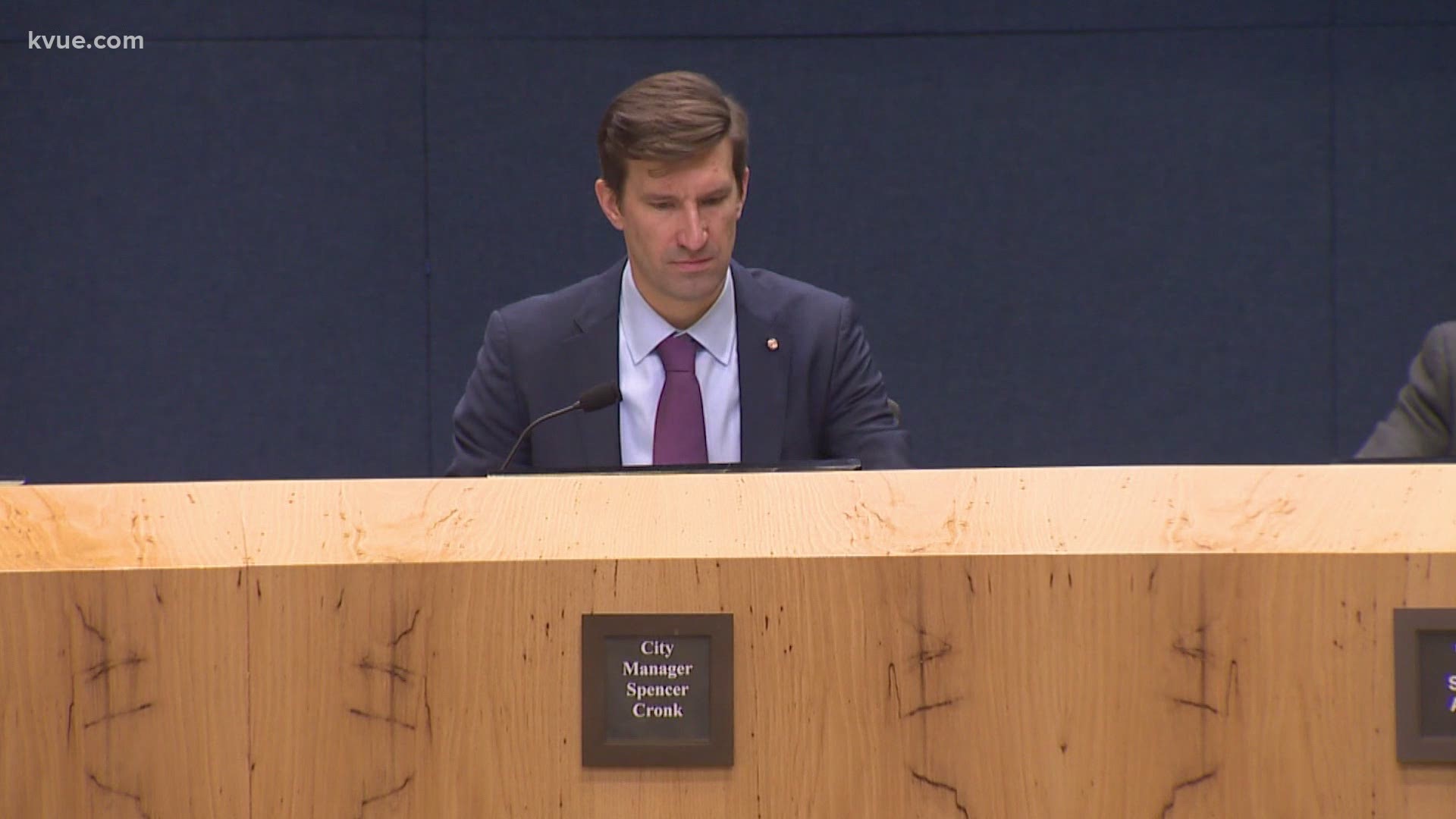 AUSTIN, Texas — The Austin City Council held a performance review of City Manager Spencer Cronk on Tuesday. Councilman Jimmy Flannigan said it was one of many since Cronk started the job back in February of 2018.

"Obviously, we have a lot of expectations on the manager," said Flannigan, who spoke to KVUE's Jenni Lee before council members went into executive session to discuss personnel issues.

Because it is a personnel issue, Flannigan couldn't talk specifics. But perhaps one expectation Cronk did not meet was removing Police Chief Brian Manley.

Austin-area activists called for his firing after weeks of protests following the deaths of George Floyd and Mike Ramos, minorities at the hands of Minneapolis police and Austin police, respectively.

Some members of the city council agreed, but state law doesn't allow for Chief Manley's firing, only demotion to the position he had before – and only Manager Cronk has the power to make that move.

"And I'm sure that we will be talking about the police chief and the manager's management of the police department because there's certainly a lot of concerns about how that's moving forward. But it is a large part, a regular part of the process that we deal with the manager to make sure he understands the council's expectations and the council understands that he's going to fulfill those expectations or not," Flannigan said before the executive session.

An expansion study showed the new convention center would have an economic impact of $801.7 million for Austin. That's a $306.8 million increase from what the Austin Convention Center is making right now.

It's a huge financial windfall when taxpayers don't have to foot the bill for the expansion because funding for it has already been secured through an increase in hotel taxes.