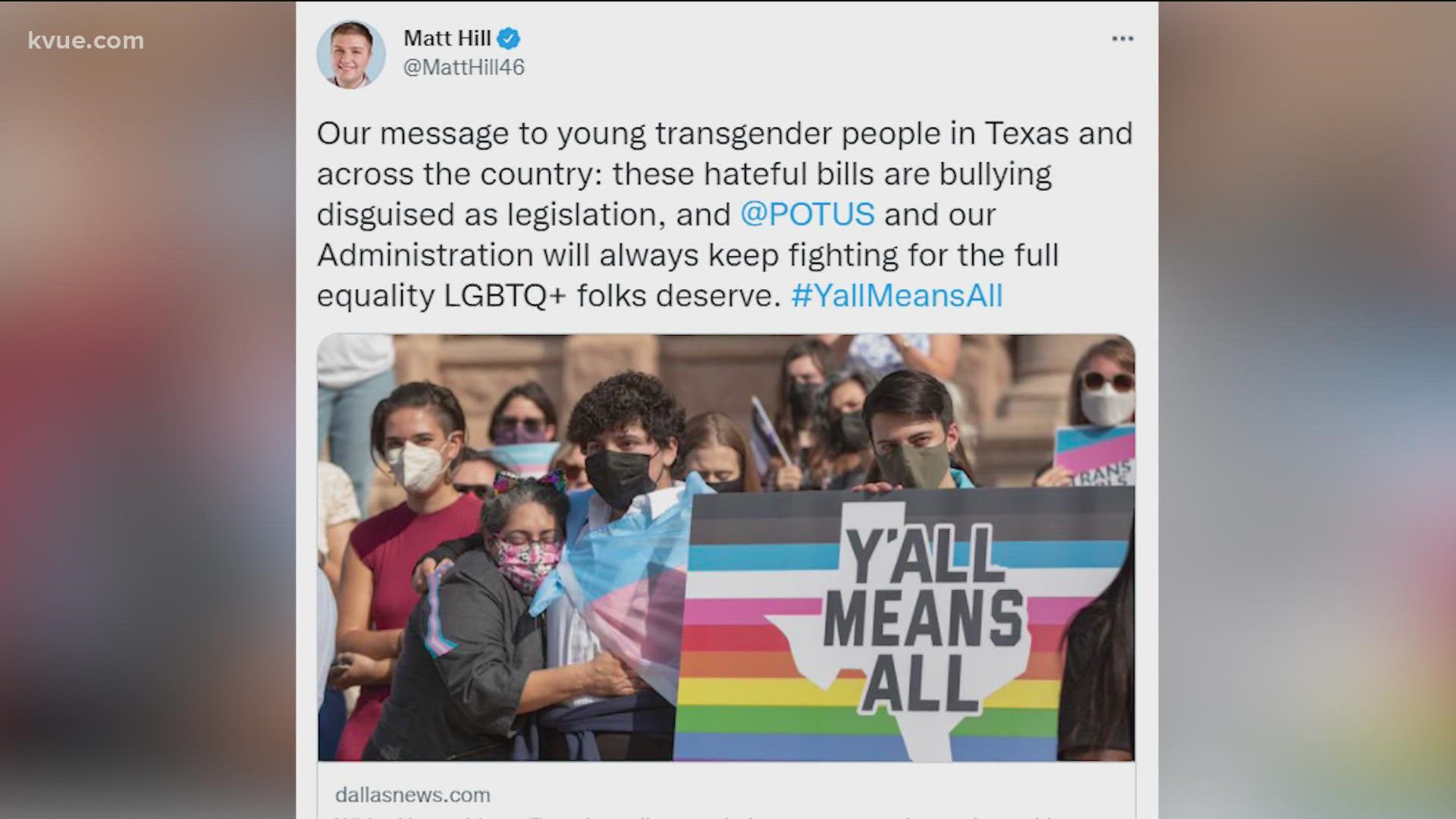 AUSTIN, Texas — Editor's note: A previous version of this story stated that the resolution was approved unanimously. It has been corrected to reflect that the vote was 10-1.

The Austin City Council condemned non-consensual and medically unnecessary surgeries on intersex children in a resolution passed at a regular meeting of the city council.

The resolution, brought forward by Mayor Pro Tem Natasha Harper-Madison, was approved 10-1 and marks Austin as the first city in the South to act and protect intersex residents' human rights and healthcare, according to a press release from Harper-Madison's office.

Harper-Madison said her experience as a mother informed her commitment to crafting and passing the resolution.

"I know firsthand the myriad anxieties and uncertainties new parents face and the fierce desire they feel to protect the well-being of their children,” Harper-Madison said. “By shining the light of dignity on an unnecessary stigma, and by conscientiously pushing back on misinformation, we can help more parents ensure that their kids grow up happy and healthy in a truly inclusive community.”

Nearly 2% of people are born with chromosomes, gonads, internal or external genitalia that differ from the conventional understanding of sex, and cosmetic surgeries have been encouraged to make body's conform to the binary definition of male or female, according to the release. Such surgeries can lead to complications that might be lifelong, like scarring, sterilization and psychological trauma, the release continued.

"Intersex people are not rare and our rights our not niche,” Alicia Roth Weigel, an intersex advocate and member of the City of Austin Human Rights Commission, said in part. "At approximately 2% of the population, we deserve and demand better, and today's action by Austin City Council is a big first step. Condemning these surgeries reaffirms that whatever happens in that pink building up the road, this city does right by our residents and we serve as a beacon for the rest of the South to do the same.”

“Each letter of the LGBTQIA represents an Austinite who is an important part of our community,” said Mayor Adler. “Today’s council resolution is a human rights action which will help parents and physicians – through public information – make informed decisions to prevent intersex individuals from having life-altering choices about sex and gender identity forced upon them.”

Delta-8 THC is considered an illegal substance in Texas

Loved ones call for investigation after Moroccan man shot, killed in Caldwell County