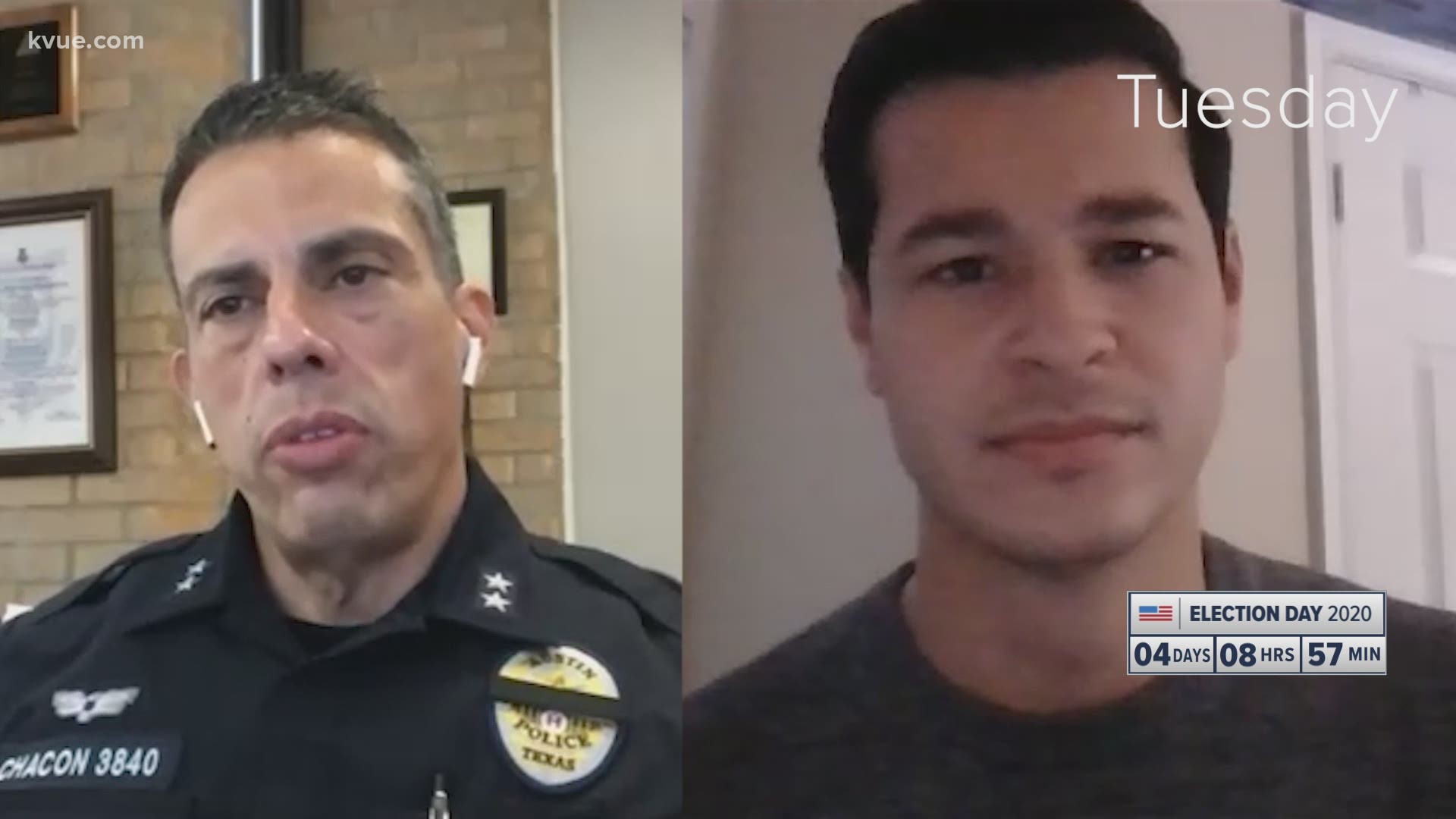 As other cities across the country prepare for the likelihood of demonstrations around the election, the committee says it's critical that the public has information about APD's plan to keep all Austinites safe.

“We all recognize the important social justice movement and the moment we are in right now and want to ensure that the safety of everyone, both residents and officers, is a priority for APD,” said Austin Mayor Pro Tem Delia Garza.

The letter asks Manley to respond with the following:

“Many people in Austin view the events of this spring that resulted in various injuries to peaceful protestors as a failure of keeping people safe. Every Austinite should feel safe and welcomed to practice their First Amendment right to free speech and assembly, and we look forward to Chief Manley’s response,” said Austin City Council Member Greg Casar.

RELATED: APD delays release of use-of-force videos from Austin protests until decision on grand jury is made

At least two protesters were seriously injured after being shot by “less-lethal” rounds at the protests on May 30 and 31.

APD identified the officers involved in the incidents as:

Over the summer, the Office of Police Oversight published 227 formal complaints it received related to the Austin protests, which ranged from concerns about use of force against protesters to specific complaints about injuries to individuals.

The Austin Police Department said Manley will respond to the letter when he returns to his office next week.

Meanwhile, Assistant Chief with APD Joseph Chacon spoke with KVUE on Tuesday about how on-duty officers will be ready to handle large gatherings if needed after the election.

"We are staying in communication with our public safety partners, including DPS and the Travis County Sheriff's Office, to make sure that they know – we're all kind of coordinating with one another. Everybody knows what the other one has in place, has ready to respond in case we have large mass gatherings or any kind of problems that might occur post-election," Chacon said. "At this time, we do not have any information that anything is planned. And right now, we are hoping that the polls, polls will close and then the process will play itself out to tell us who has won in each one of the races. But we have no information that would tell us right now that there's going to be any kind of illegal activity or large mass gatherings."

He added there are no plans to mobilize additional officers.

"What we are doing is the officers that are on duty that normally might be in an office setting or in some plainclothes-type assignment will all be in uniform and ready to respond at a moment's notice with their gear," Chacon said. "People can certainly gather and protest. That is not against the law. They just have to be mindful of not blocking roadways and, obviously, not causing property damage, not doing violence to somebody else or something like that."

VERIFY: This is how people in nursing homes vote

Early voting in Austin and Texas: Everything you need to know