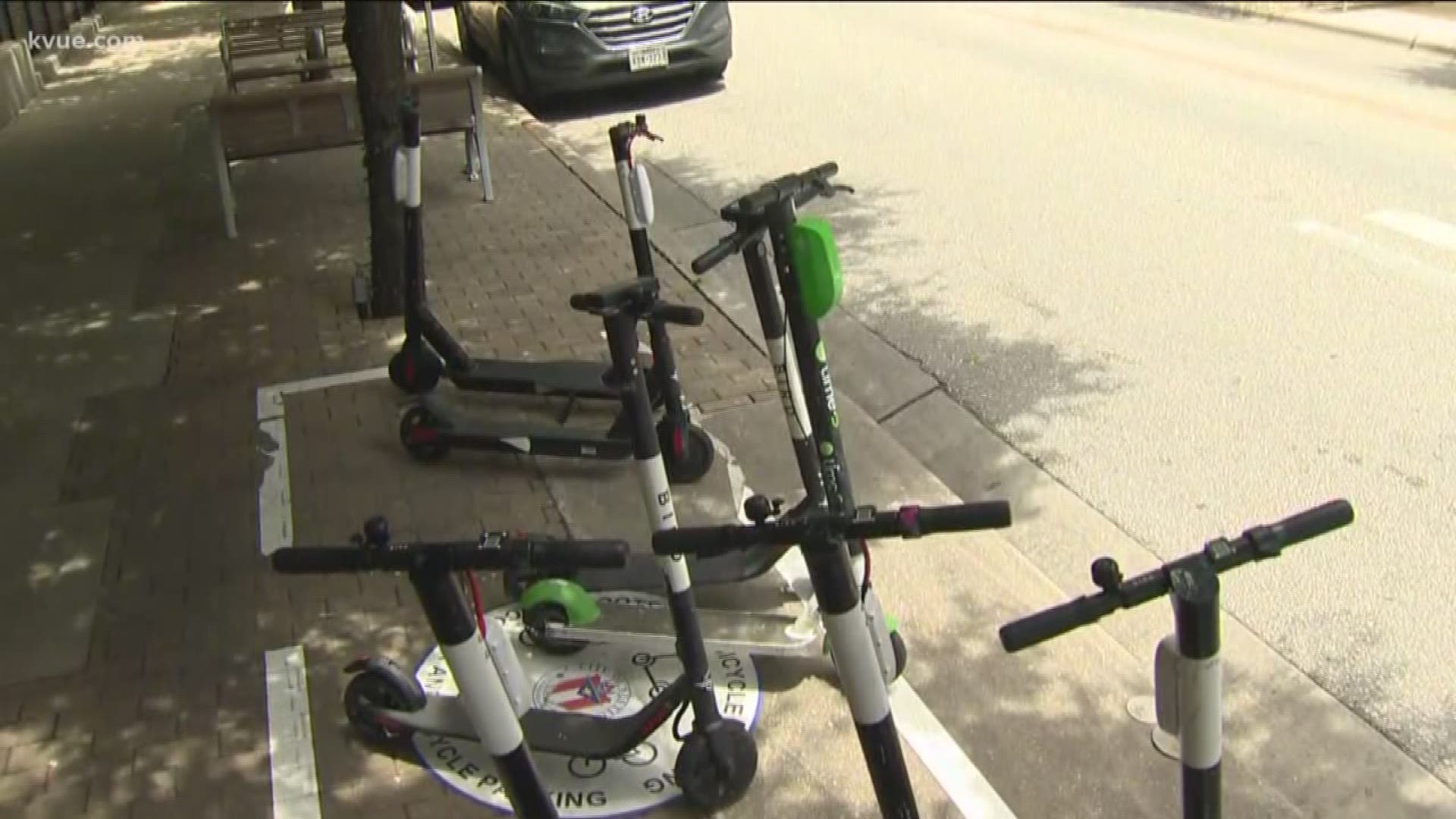 AUSTIN, Texas — New scooter rules have been in the works for a long time.

Some of those rules would require people under 18 years old to wear a helmet; only allowing one rider on a scooter at a time; and prohibiting riders from leaving scooters where they block sidewalks.

If these rules are violated, riders will get a ticket. The fine is $20 for the first violation and $40 for additional violations.

The Transportation Department said these will begin to be enforced starting in the next few weeks.

The city also considered sweeping regulations of scooter companies. That regulation would be similar to a franchise model.

It would have given the city a lot of authority over which scooter companies can operate in Austin – similar to how taxis are regulated.

The ordinance would have also established an annual franchise fee for each scooter. The Transportation Department said that fee would have been set during the budget hearings.

However, the council decided to postpone adopting that ordinance no later than August 8 because they want the city manager to work with stakeholders to develop other regulation models, not just a franchise model.

That model – according to a motion sheet from council members Jimmy Flannigan, Paige Ellis and Natasha Harper-Madison – that model would "refrain from creating unnecessary regulatory barriers" and would "encourage new entrants."

If the city regulated scooters this way, it would have been the first city in the country to do so.

Scooter companies spoke against those regulations Thursday morning, saying the vote should be postponed.

"A franchise is more than a simple contract between the city and the operators," said Blanca Laborde, who handles government relations for Bird. "Classifying scooters as a utility implicates a complex body of law that needs to be carefully examined by the operators and the city."

There have been more than 300,000 scooter rides in May alone.