Three sections of East Austin could see the rules lift. 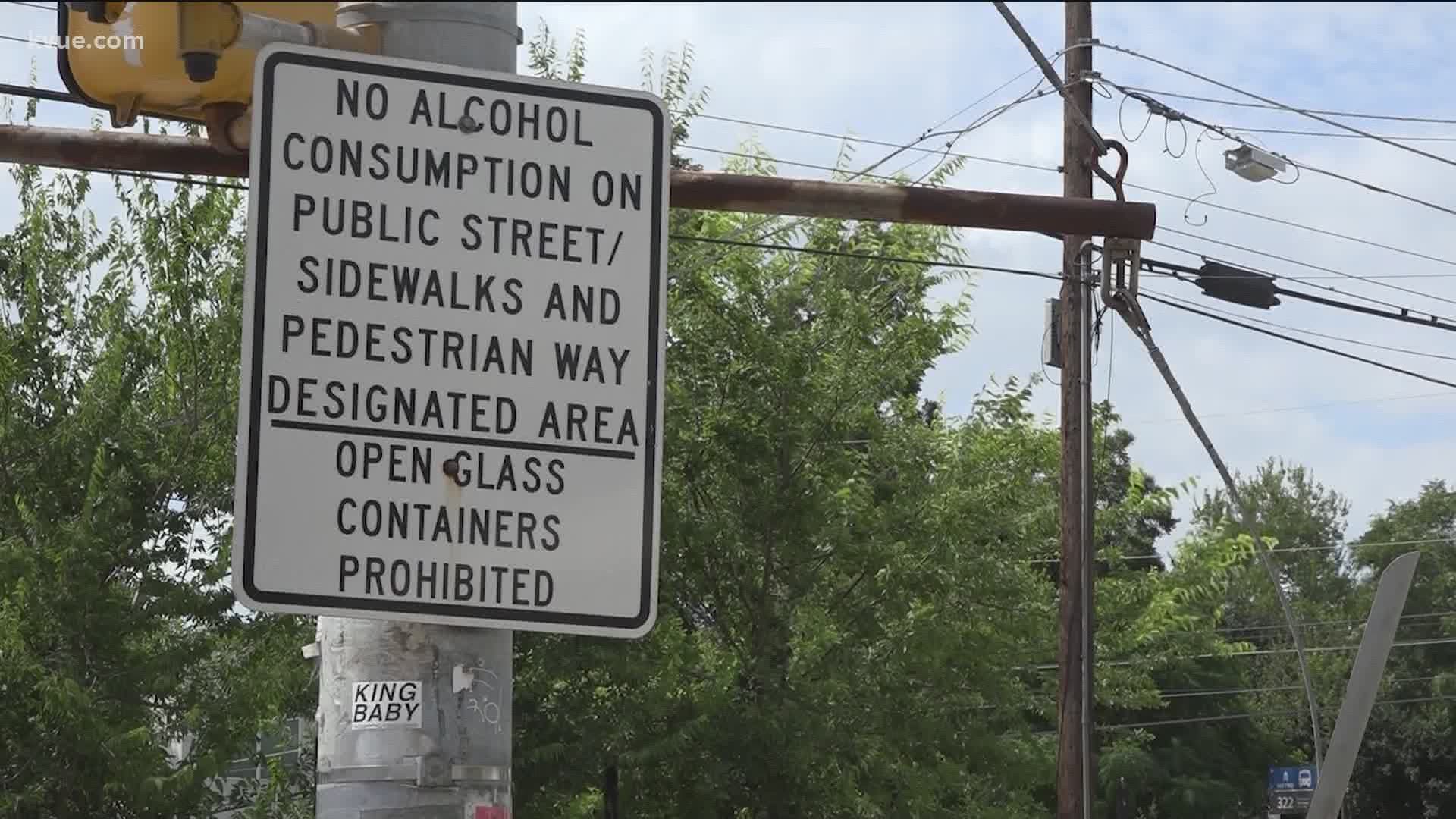 AUSTIN, Texas — In Austin, there are certain areas where consumption of alcohol out in the street is prohibited.

Seen in the map below from a City memo back in May, drinking alcohol in public is not allowed in most of downtown, The Drag by the University of Texas's campus, a section of Austin that stretches down the Bouldin Creek neighborhood and three sections of East Austin.

On Wednesday, the City Council approved a resolution that directs staff to prepare an ordinance to amend Austin City Code to remove Designated Areas 2, 5 and 6. Those are the areas all on the east side.

"We know that Black and Brown people are disproportionately profiled, harassed, arrested, even shot by police. Lifting these arbitrary bans, it removes one more avenue for bad outcomes to happen," said Natasha Harper-Madison, the Austin councilmember for District 1. “The purpose of the resolution that we brought forward is to not treat one residential neighborhood differently from another – that’s what raises my eyebrows, especially when those being treated differently are historically Black and Brown neighborhoods.”

She added that she understands why some parts of Austin are under the ordinance, but has a goal for equality with the approval of this resolution.

"The fact remains that public intoxication is still illegal. We need to make sure to be very clear about that," Harper-Madison said. "I’m glad we have compassionate and fiscally responsible resources like the Sobering Center that really does help us confront substance use disorder in our city. This is about ending double standards that worked against east-side residents, and so we’re really just talking about equality here."

The Austin City Council first tackled the issue back on Dec. 5 of 2019. It approved a resolution that directed staff to prepare a report about the City's restrictions on consuming alcoholic beverages on public streets or sidewalks within certain areas.

The city memo sent out in May is what highlights the public consumption of alcohol rule in Austin. It includes the history of actions that City Council has taken on it over the years and shows the map of which areas are currently under the rule.

According to this most recent approved resolution, the city manager is directed to provide an update on it by Oct. 1.