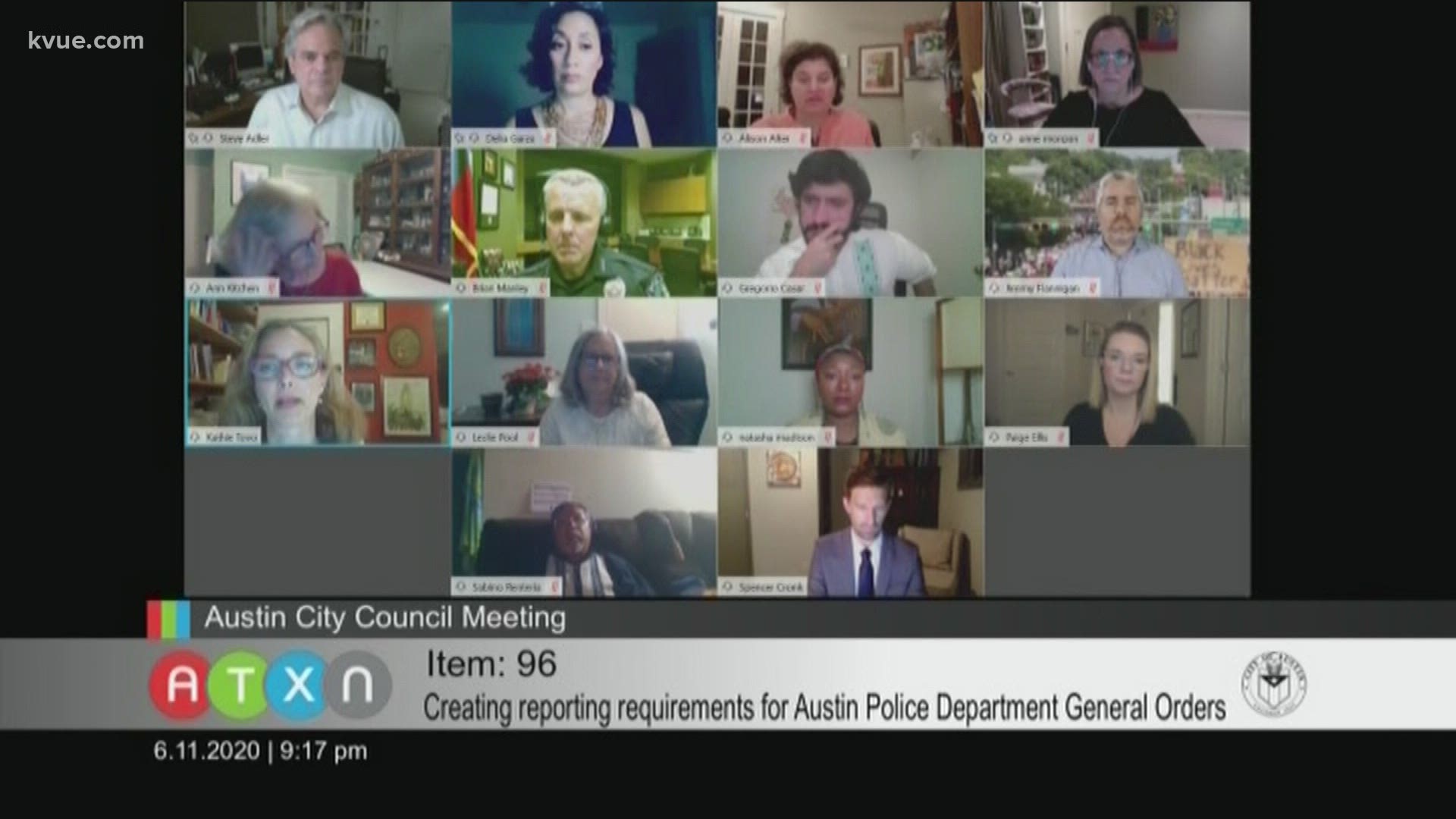 During a nearly 12-hour council meeting on Thursday, councilmembers voted on several resolutions that lay the groundwork for sweeping changes.

The council voted unanimously to ban tear gas and reduce the amount of military equipment “to the greatest extent possible.”

The resolution also updated the department's use-of-force policy, banning it on people fleeing in a vehicle or on foot. It stopped the use of beanbag rounds, rubber bullets or other less-lethal uses of force unless a person “poses an imminent threat of death or serious bodily harm.”

Another resolution, which the council passed unanimously, took aim at the budget. It will ban adding officers and eliminate the sworn positions that APD can’t reasonably fill this year or next. It also directs the city manager to not include any additional funding for militarized equipment in the upcoming budget.

In addition, the resolution calls for reallocating positions and roles to new city units and departments and, specifically, APD roles that could go to departments like Code Enforcement or the fire department.

“Making the community less safe doesn't fix the failures in affordable housing or education and public health. And so, like public camping last summer, the city council considered policy changes with limited public input and without knowing the consequences,” said Cary Roberts, executive director of the Greater Austin Crime Commission, in public testimony to the council Thursday.

The city council also approved a measure that aims for zero racial disparities in things like motor vehicle stops, citations and arrests. It also calls for zero use-of-force incidents and zero deaths “at the hands of APD officers” by 2023.