Following a court order, the Austin City Council held a special-called meeting on Aug. 26 to reword the ballot language. 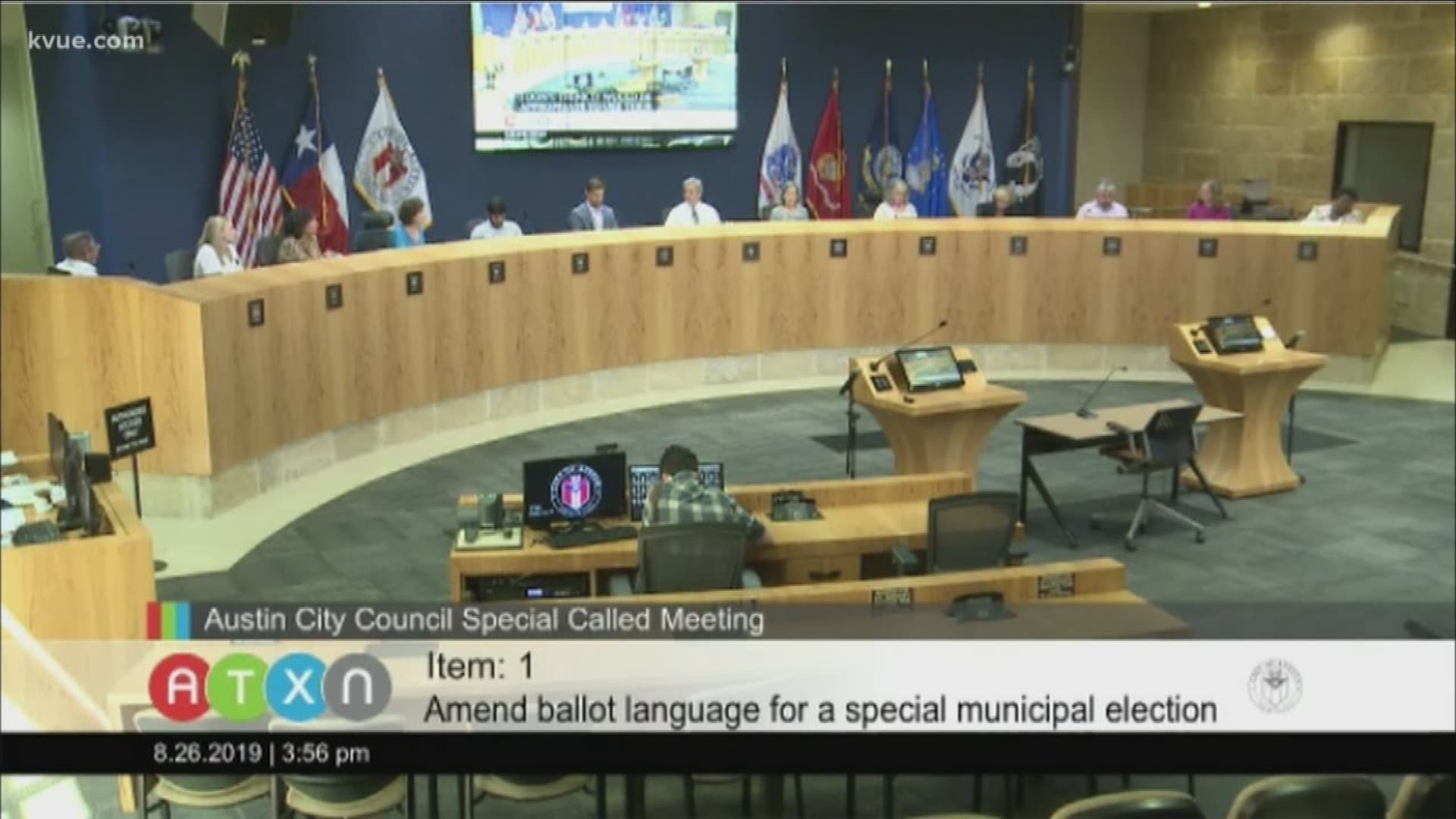 In July, the political action committee Unconventional Austin collected enough signatures on a petition in support of an ordinance to dictate the use of Hotel Occupancy Tax revenue and require voter approval for any significant convention center expansion. The petition calls for limiting the Hotel Occupancy Tax spending for the convention center to no more than one-third of the revenue. It also calls for a public vote if the expansion costs more than $20,000,000.

Rather than adopting the ordinance language, the council voted to send it to voters as Proposition B.

The petition ordinance stated the ballot language should read:

The council voted to amend that language and have the ballot read:

"Shall an ordinance be adopted that limits, beyond existing limits in state statute and city ordinance, the use of Austin’s Hotel Occupancy Tax revenue, including the amount of Hotel Occupancy Tax revenue that may be used to construct, operate, maintain or promote the Austin Convention Center; requires any private third-party entity managing such funds to comply with open meetings and public information laws applicable to the city; and requires voter approval for Convention Center improvements or expansions of more than $20,000,000 at an election for which the city must pay."

Realtor Nelson Linder, who also serves as the President of the Austin Chapter of the NAACP, sued the city over the language in the Third District Court of Appeals and the court granted his request to have the language changed.

The court order instructs the council to:

"(1) deleting the phrase 'at an election for which the city must pay”'; and (2) adding information to inform voters that the proposed ordinance would require the City to prioritize the spending of hotel-occupancy tax revenue on cultural arts, historic preservation, and 'Austin’s Cultural Tourism Industry,' to the potential exclusion of other allowable uses under the Tax Code."

In a special-called Austin City Council meeting on Aug. 26, council members discussed the language for Proposition B and unanimously approved new language. Now when voters go to the polls, Proposition B will read:

Simply put, a yes vote would mean voters would have to approve an expansion of the convention center, among other things, and a no vote would mean things would remain the way they are.

In an interview with KVUE before the meeting, Mayor Steve Adler said he opposes the ordinance because it limits the council's ability to address problems the city is facing.

"If we expand the convention center we can expand tourist dollars that will help cultural arts and historic preservation," Adler said.

In addition to this meeting to finalize language on Proposition B, a lawsuit has been filed against the City of Austin about ballot language for "Proposition A," which would require voter approval for before sports and entertainment venues are constructed on city-owned land.