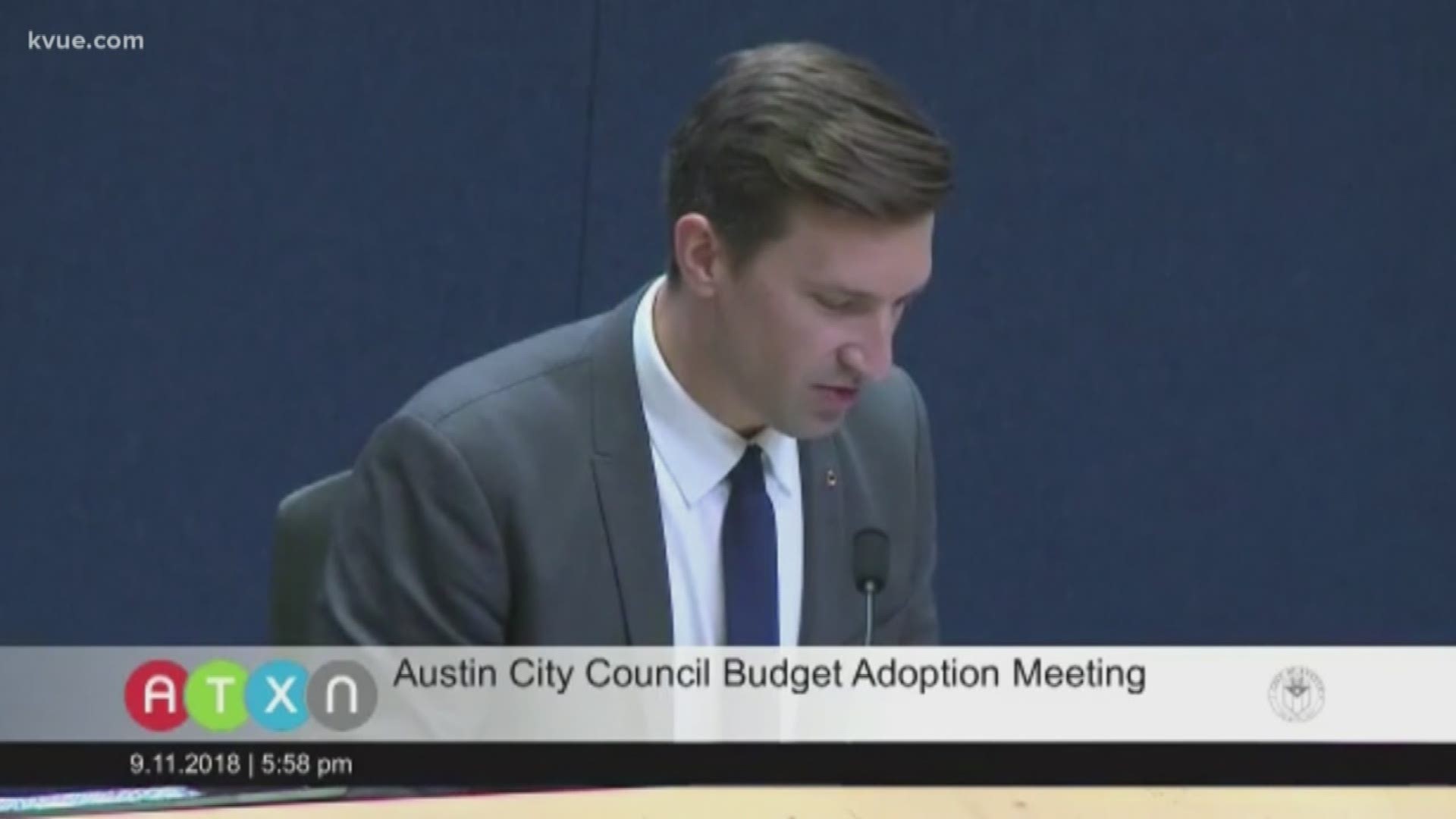 AUSTIN — The Austin City Council on Tuesday adopted its fiscal year 2018-2019 budget, which goes into effect on Oct. 1.

The City says the combined impact of tax, rate and fee changes amount for a two percent increase for the typical taxpayer -- that amounts to $77.31 per year, or $6.44 per month. The all-funds budget, also including the enterprise departments and the core services provided by the General Fund, totals $4.1 billion, which is a four percent increase from last year's.

The decision comes after several months of stakeholder engagement, including meetings in each council district as well as two public hearings.

The City says this is a significant departure from the past because the budget was organized by outcome rather than City department to reflect the priorities of the Austin community. To do so, the council used its newly adopted Strategic Direction 2023 as a guide.

“The approved budget follows months of engagement, discussion and debate and reflects the priorities of the council and, I believe, the community,” said Austin City Manager Spencer Cronk. “It authorizes the City of Austin to invest in affordable housing, tackle homelessness, build fire stations, hire police officers, and improve streets and sidewalks, while ensuring the community continues to receive great value, world-class City services. From here we can move forward and begin the important work that Mayor and Council have asked us to deliver, to make Austin an even better place for all our residents.”

This is a great budget that truly reflects our priorities and values, and fights for affordability. We lower the overall property tax rate, lower water and electric rates, and increase the homestead and senior property tax exemptions.

The City says typical financial impacts from all but one of the City's core group of rates and fees, like water or electric service, have been reduced or remained the same. In total, the annual impact for the typical residential ratepayer from these charges will amount to an increase of about $10.44 a year, or $0.87 a month.

The council began their deliberations Tuesday by working from the city manager's proposed budget. According to the City, that included:

The council also added an increase in the senior/disabled homestead exemption -- by $2,500 to $88,000 -- an extra $1 million for homelessness, an additional $1.1 million for the Extended Mobile Crisis Outreach Team (EMCOT) to help individuals with mental illness, and additional funding for parent support specialists, victim services and relationship violence programs.

The chart below details the monthly impact for the typical Austin resident based on the 2018-2019 budget with a property tax rate of 44.03 cents per $100 of taxable value: