Beau Woolery was in a bad car accident 13 years ago that put him in a coma, but he now is about to hit his one-year anniversary at his first job since the crash. 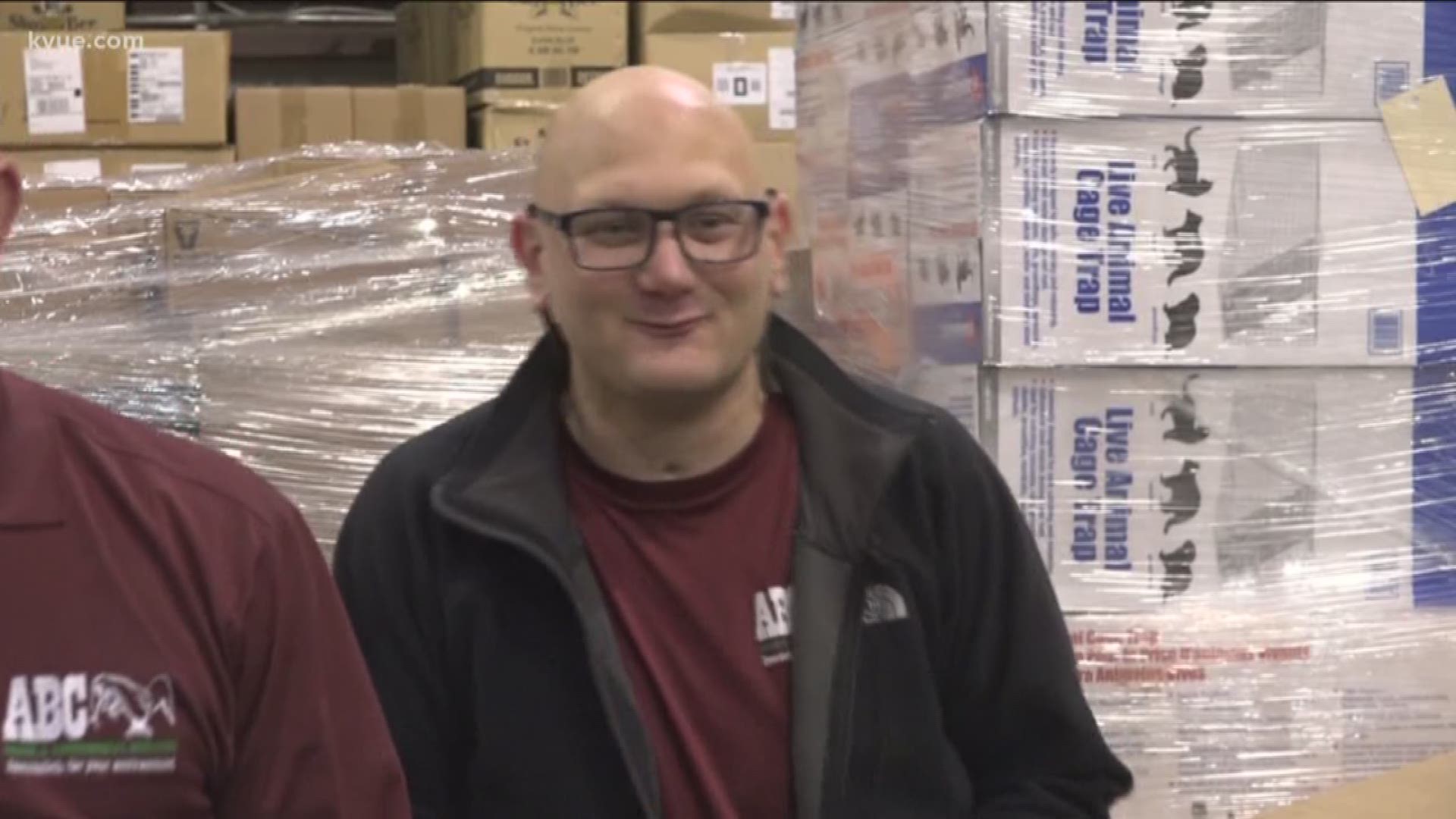 AUSTIN, Texas — An Austin man is still dealing with the changes a bad car accident made in his life almost a decade and a half ago. Thanks to a business owner taking a different approach to hiring, that car crash isn't keeping him from getting back into the workplace.

It was a little more than a year ago KVUE handed out one of our KVUE Five Who Care awards to an employee from Adults Independent and Motivated, or AIM. It's a small community of active adults with intellectual or developmental disabilities that are encouraged to find their independence in different ways.

Bobby Jenkins is the owner of ABC Home & Commercial Services, the company that also sponsors Five Who Care. Jenkins said he wanted to get involved and potentially find a job for one of these members. One of them is Beau Woolery, who was in a car accident in 2006 that left him in a coma. Woolery still deals with cognitive, speech and motor issues as a 35-year-old.

It's been a tough road back for Woolery, but as his mom, June Woolery, explains, he didn't let that stop him from moving forward in life.

Jenkins said Woolery quickly became a serious candidate to work in the ABC warehouse in Austin.

RELATED: KVUE's Five Who Care: How to nominate

"We interviewed him, and we went through the whole process," Jenkins said. "We met with him, met with his family and hired Beau coming up on almost a year ago."

This is Beau's first job since his accident. In a year's time, Beau Woolery has started to find a level of independence in his work.

Mark Ambrose is the division manager for the pest division at ABC. He interacts with Woolery a lot and said he brings a certain level of energy to the warehouse that wasn't there before.

"He makes people glow," Ambrose said. "I'm telling you, your spirits are uplifted when you're around Beau. He's never in a sour mood and never in a bad mood. You'll walk by Beau, and he'll say, 'Mark Ambrose!' There's Beau. Then all of a sudden your eyebrows go up and your just uplifted. It flushes me with joy just to be a part of his life."

RELATED: Walmart to make 'every effort' to find other roles for disabled greeters

"I hope it's good for Beau," Jenkins said. "I feel like it is. But I can guarantee you, it's good for ABC. That I'm certain of. What Beau has brought to ABC has been significant. His kindness, his heart, his attitude and his personality fill the building every day."

For his mom, she said she can't believe how far he's come since the accident.

"As a mom, I'm just so really proud of him and happy for him that he has these opportunities," June Woolery said.

In May, Beau will have another first as he will be out of his parent's house for the first time since the crash. He will be living with a roommate in conjunction with the AIM program.