One of the crashes was head-on and involved a wrong-way driver, according to APD. 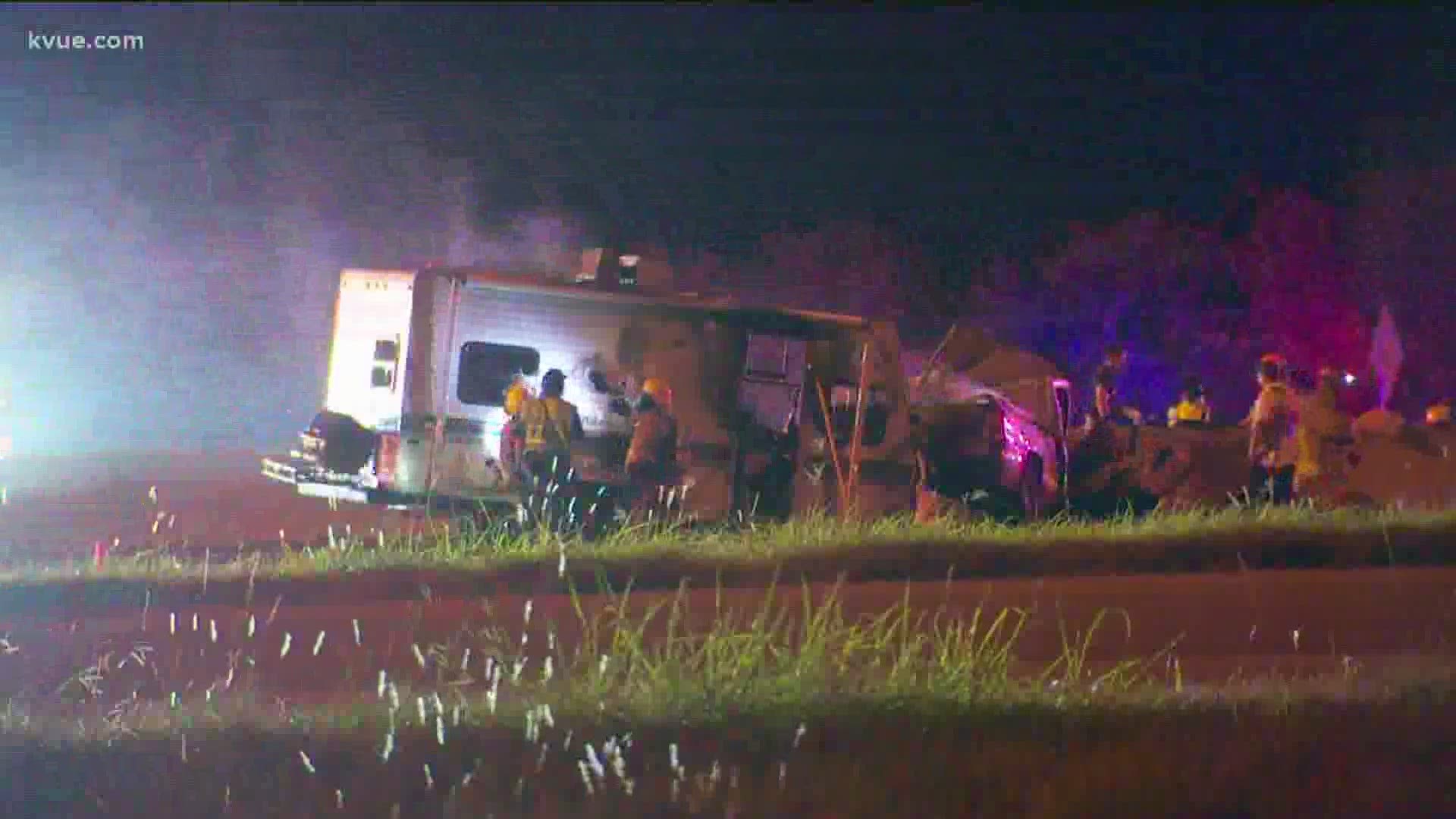 AUSTIN, Texas — Four people were killed on July 24 in two crashes: one in South Austin near Buda and one in Austin on Anderson Lane.

One of the crashes happened near Buda in the 13000 block of northbound Interstate Highway 35 around 12:45 a.m. on Friday, July 24. Two people were killed in this head-on crash after someone was driving the wrong way on the highway. The victims were later identified as Brian Tucker and Jose Zamarripa Jr.

Police said the wrong-way driver, Zamarripa Jr., was driving southbound in the northbound lanes and collided with gold Chevrolet Silverado carrying a travel trailer. Due to the crash, a major fire engulfed both vehicles.

According to the Austin Police Department, there was a woman riding in the passenger seat of the truck. She was transported to an area hospital with life-threatening injuries.

APD added some calls were made to police regarding the wrong-way driver shortly before the crash.

"It started out as just a wrong-way motorist, but within a minute in, it changed into a crash hotshot," APD said. "Very few calls gave us that wrong-way driver before it ended up becoming a crash."

All northbound lanes of I-35 were closed.

Police said they don't know if alcohol was involved.

Anyone with information regarding this case should call APD’s Vehicular Homicide Unit Detectives at (512) 974-4278.

In a separate crash just three hours later, Austin-Travis County EMS responded to a two-vehicle collision in the 1400 block of East Anderson Lane and Cameron Road around 3:30 a.m. Friday.

There was a total of three people involved and, according to ATCEMS, two of those people were pronounced dead on the scene. One of the victims was transported to a local hospital.

On Tuesday, police identified the victims killed as Julian Murrillo, 15, and Gabriel Marmolejo, 16.

Police said a black Nissan Versa, which had been reported stolen, was traveling northbound in the 7600 block of Cameron Road. At the same time, a box truck was traveling westbound in the 1500 block of East Anderson Lane in the center lane. A Chevrolet Malibu was stopped at a red light on Cameron Road facing southbound when the box truck went through the intersection with a green light. At the same time, the Nissan went through the same intersection, running a red light. According to APD, the box truck hit the passenger side of the Nissan, causing it to crash into the Chevrolet Malibu.

One occupant in the Nissan was killed. The other occupant was ejected from the car and despite life-saving measures, was pronounced dead on the scene. The driver of the Chevrolet Malibu suffered minor injuries.