In Fry's Electronics surveillance video, a man looks like any other customer. Authorities said that man later would be identified as the Austin bomber. 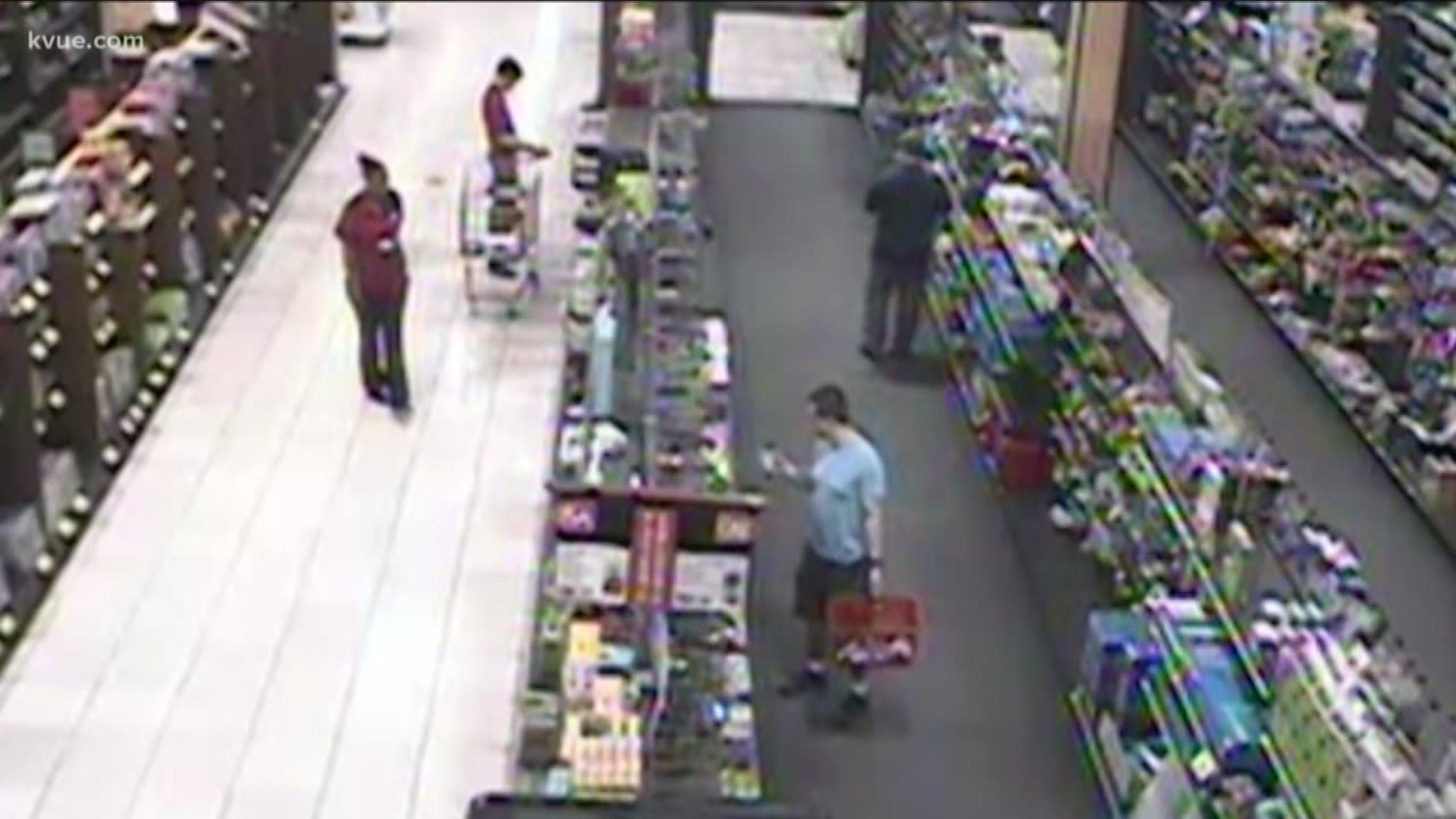 AUSTIN, Texas — In early March of 2018, investigators were still in the early stages of figuring out who killed a man with a package bomb in northeast Austin. It was the first bomb in a series of attacks that kept Austin on edge for 19 days.

Investigators are now opening up on how they retraced the bomber's steps to find him.

Days before the first attack, the Austin bomber was seen going on a shopping spree, buying items used to make bombs.

In the video, the bomber looks like any other customer.

The man whose crimes will go down in Austin history moved through the aisles of Fry's Electronics on Tuesday, Feb. 27, wearing a blue shirt and shorts, carrying a red shopping basket.

It was on that trip when investigators said he bought key components to make his bombs -- including batteries with special snaps to connect them to wiring.

By the end of the week, those same batteries were used in the bomb that killed 39-year-old Anthony Stephan House.

"Within about 48 hours, our explosive experts had put that device back together exactly as it was built," said Fred Milanowski, who heads the regional office for the ATF. "So then what we are looking at doing is figuring out where those components are sold."

Milanowski said that over the next three weeks -- as the investigation into Austin's bombing attacks picked up momentum -- that shopping trip played a crucial role in breaking the case.

WATCH: The trip to an electronics store that led authorities to the Austin bomber

By then, investigators had gone to stores across the region to collect inventory records to learn who bought those same batteries.

"The sooner we can identify someone who has bought multiple components, the better chance we have of identifying the individual who is responsible for all of this," Milanowski said.

A year later -- that video is now part of a trove of evidence -- one of many things that officials said links the shopper and the explosives.

It was a trip to the store that helped lay the groundwork for the terror that soon gripped Austin.