City leaders honored law enforcement officers who took part in the investigation, along with the victims of the bombings. 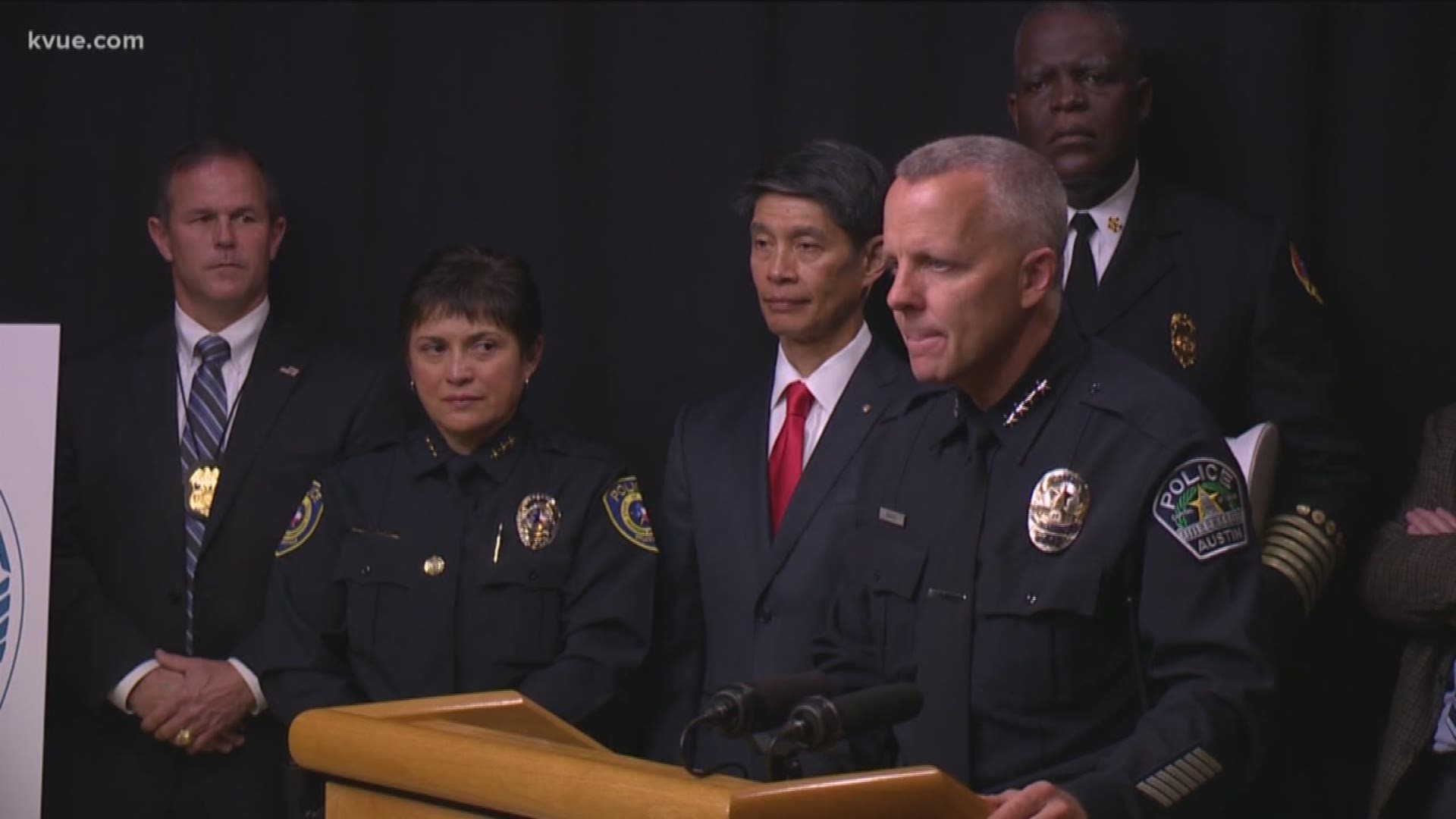 AUSTIN, Texas — Thursday marked one year to the day that investigators closed in on the Austin bomber.

It ended when he killed himself, detonating a device on the side of the road as an officer approached his car.

On Thursday, city leaders honored law enforcement officers who took part in the investigation, along with the victims of the bombings.

"When I think about a year ago, I just think about the violence and the time that we had here," said Manley. "Looking back on that now, knowing that we’ve got the Butler School of Music with a very accomplished orchestra that’s missing a voice, we’ve got a school in northeast Austin where kids look anxiously out at the audience when they’re giving a performance … and there’s a parent missing, those will be the things that we remember."

In partnership with our parent company, TEGNA, KVUE is releasing a six-episode podcast focusing on the Austin bombings.

To listen to the podcast, click here. For more of KVUE's coverage of the Austin bombings, click here.