The Hispanic Alliance selected four talented musicians out of dozens of Austin area students to become Draylen Mason Fellows. Mason was a victim of the Austin bomber and this week marks the one year anniversary of his death. 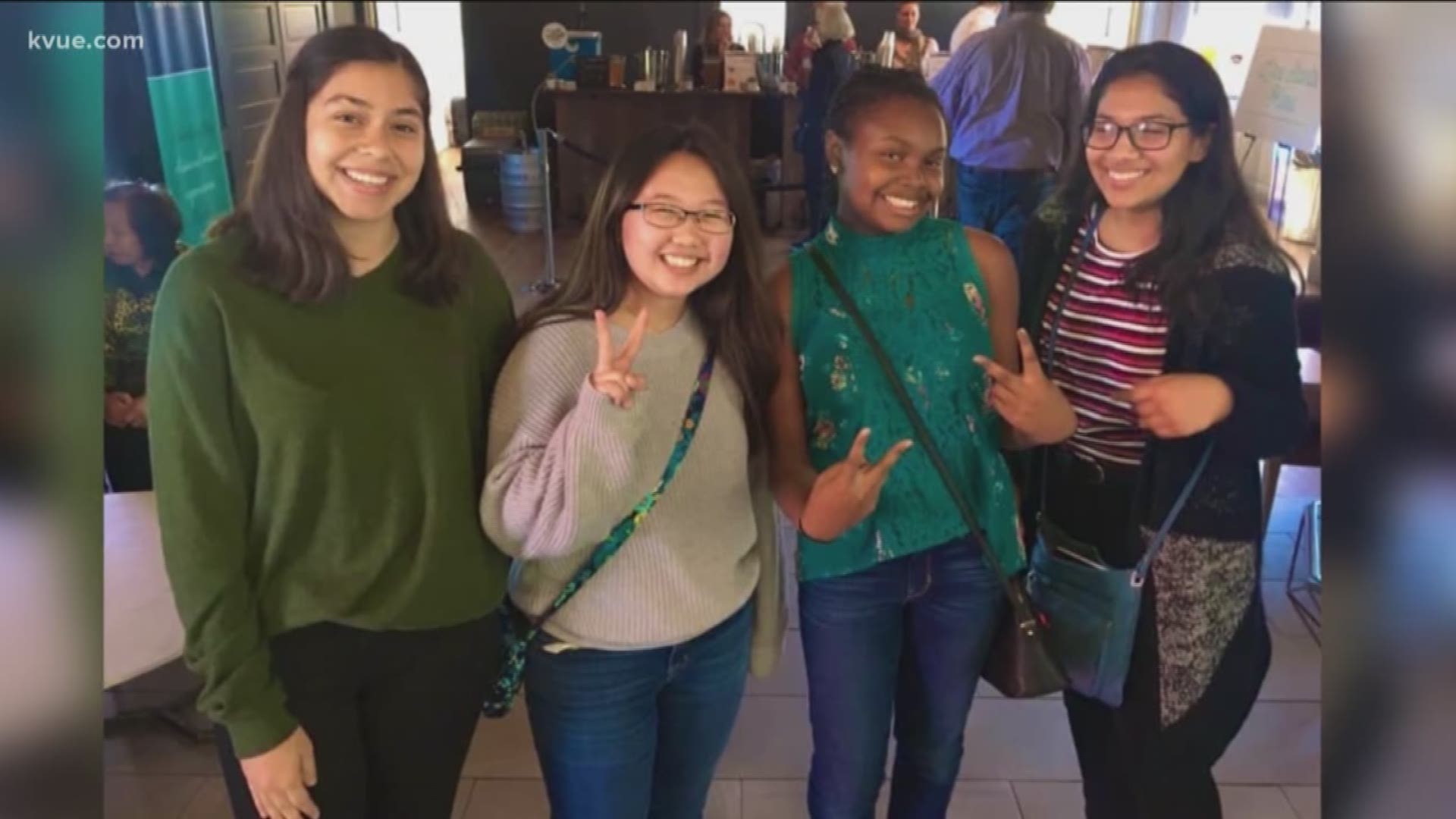 AUSTIN, Texas — He was a promising Austin musician whose life ended much too soon. Now Draylen Mason's legacy will live on.

Mason was a victim of the Austin bomber and this week marks the one year anniversary of his death. The Hispanic Alliance, a local nonprofit, announced on Monday it started a music scholarship program in Mason’s honor.

In honor of Mason’s love for music, the Hispanic Alliance selected four talented musicians out of dozens of Austin area students to become fellows: Sarah Chu, 14, Angie Ferguson, 15, Cristal Martinez,15, and horn player Barbara Reyes,18. These students now have the opportunity to pursue their dreams and make a difference in the world of music.

"If you get rid of music education we have nothing,” Mason said.

Mason was just as passionate about causes has he was playing music. As a double bass player, the 17-year-old made his mark in the Austin community.

“Probably far and away the most known member of Austin Soundwaves -- I mean people knew who he was just by the way he played, by his character and by his talent,” said Patrick Slevin with the Hispanic Alliance.

“There's no way to put into words the loss for the world this community and for our program,” said Slevin.

Now the week of his passing, the group is remembering him by starting something new. Sarah Chu, a violinist and freshman at McNeil High School, is one of the first Draylen Mason Fellows.

“I remember how funny he was and he just he just had this good energy with him,” said Chu.

She knew him through the Austin Youth Orchestra. Now she and three high school musicians are taking their studies to new heights by talking about social issues and transforming them into meaningful songs.

“I feel like this program was not only created to carry out Draylen’s wishes but it was also so that we could make an impact in the community no matter what area that was in,” said Chu.

These students are now using music to impact the world in Mason's honor.

“This is one way we can keep that memory alive very actively and in a way that can do some good in the world and inspire others,” said Slevin.

It is a one-year program, where the students meet up twice a month. Each student also gets a $1,000 scholarship to help them further pursue music.