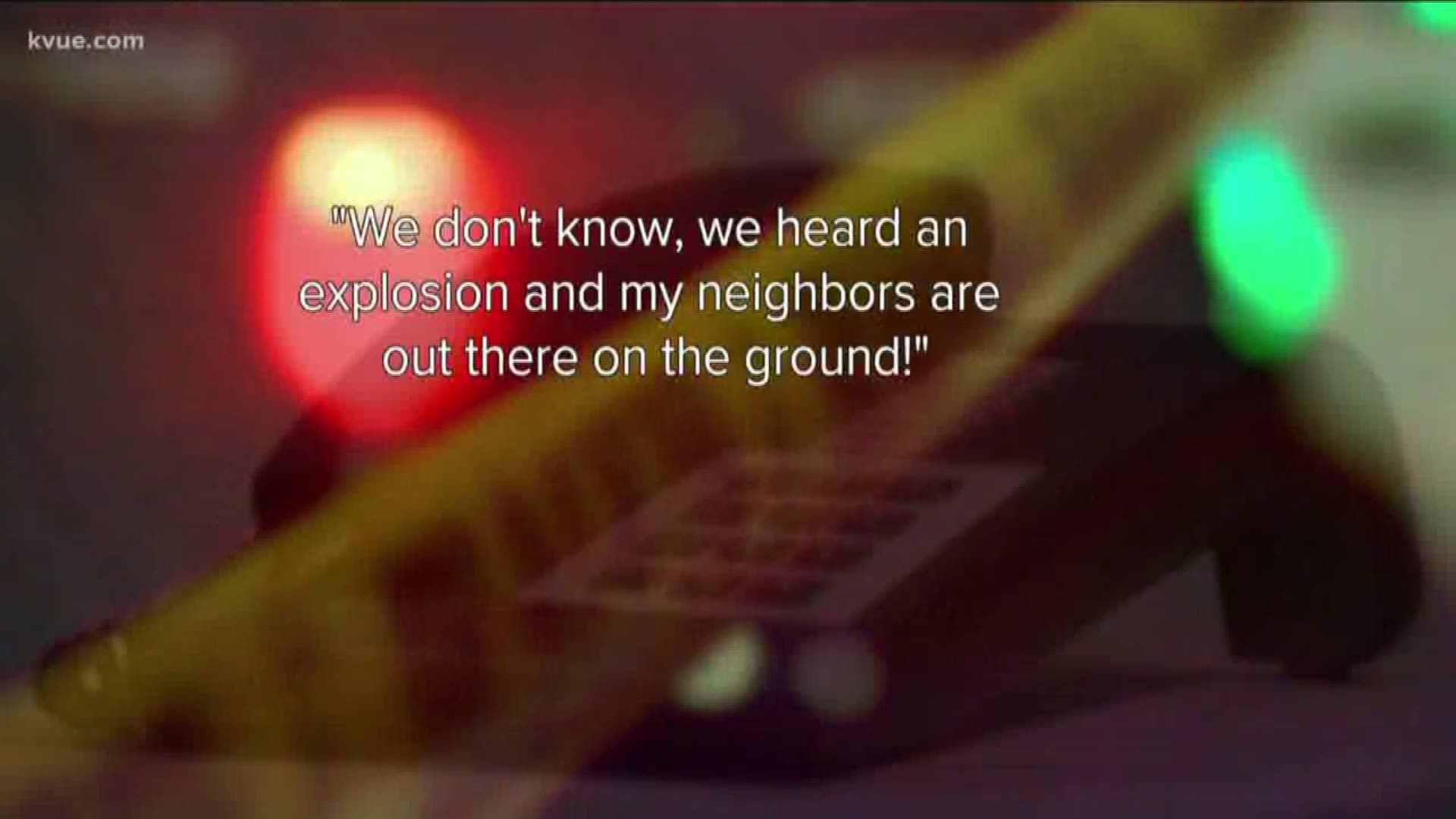 AUSTIN, Texas — While all of Austin was on edge during the weeks of the package bombings in 2018, this is the first time we’re hearing exactly what went on inside the homes where the bombs exploded.

In a KVUE exclusive, newly released 9-1-1 phone calls reveal the fear and horror in the voices of the witnesses and victims’ families.

In the first bombing, Anthony House’s neighbor called 9-1-1. House, a 39-year-old married father, was killed by the package bomb left on his front porch.

Neighbor to 911 operator: "It sounded like an explosion? My next-door neighbor's down with his face down in blood everywhere."

Ten days later, the bomber would strike again. Seventeen-year-old Draylon Mason was killed and his mother was injured when another package exploded on their front porch.

911 operator: “The two people that are hurt, are they having any difficulty breathing?”

911 operator: “Okay, does he have difficulty speaking between breaths?”

It’s only after nearly five minutes on the line with 9-1-1 that we learn how much carnage the bomb left behind.

Mason’s grandmother tried to stay calm while talking to the operator.

Hours after the bombing at the Mason home, another bomb went off. Esperanza "Hope" Herrrera, 75, was badly injured when the package outside her house exploded in her arms.

911 operator: "Tell me exactly what happened?”

Neighbor: “We don't know, we heard an explosion and my neighbors are out there on the ground!”

Neighbor: “Yes, there was a box, I think it's like a bomb or something, I don't know!”

RELATED: 'I saw her on the ground, all bloody,' mother of Austin bombing victim says in exclusive interview

In each call, the 9-1-1 operator asked the person to stay on the line, trying to gather as much information as possible before paramedics and firefighters arrived. The operator also gave instructions on how to begin treating the victims so that they had a better chance to survive.

In all, two people were killed and at least four people were hurt by the bombings before the bomber was caught and killed himself.

RELATED: After learning the Austin bomber's identity, investigators faced the difficult decision of when to act