Here's what Austin Water will be doing moving forward after the boil water notice has been lifted citywide. 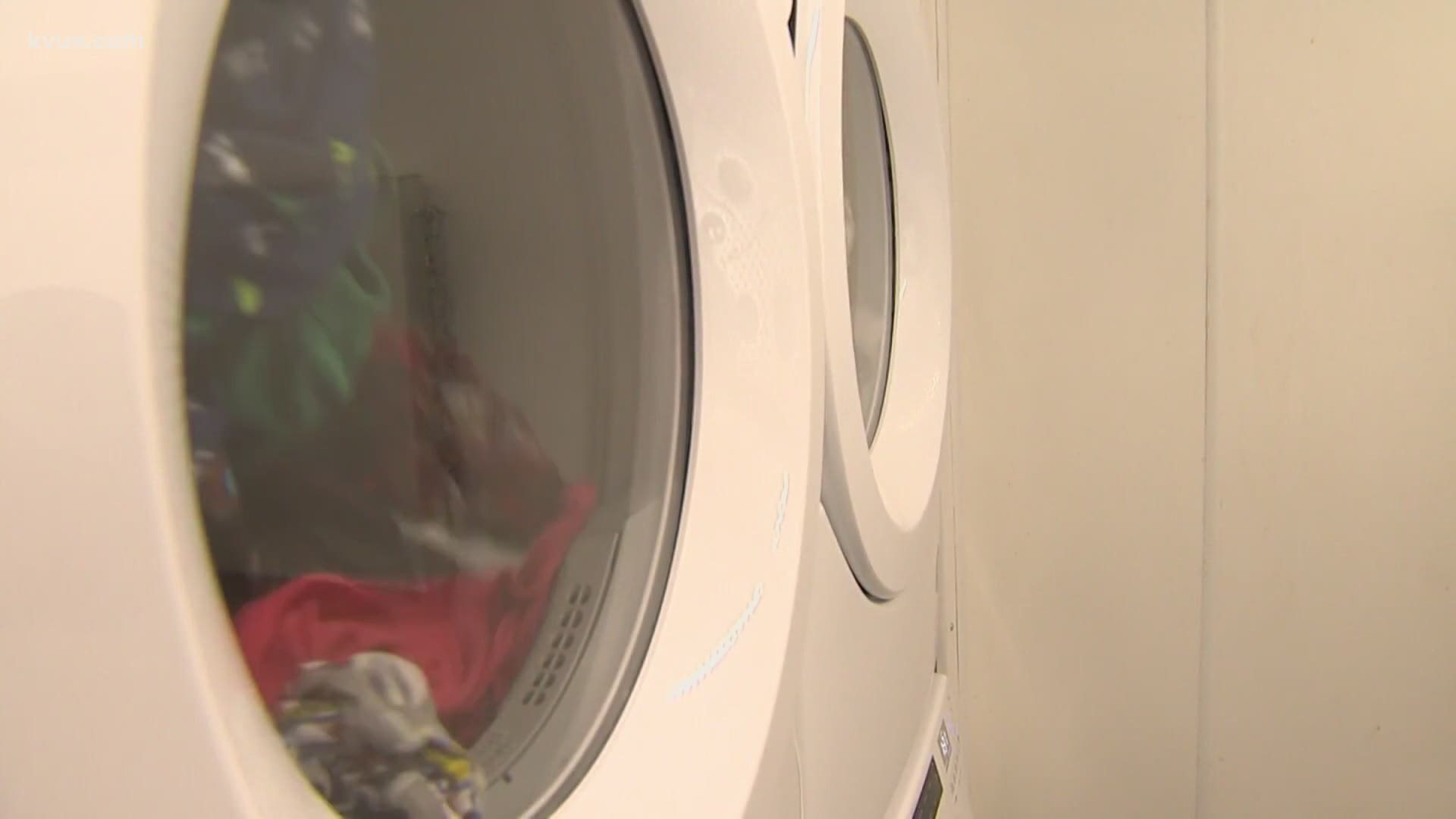 It was the first boil water notice in Austin since the historic 2018 floods.

KVUE's Tori Larned spoke with Austin Water Assistant Director of Customer Relations Randi Jenkins about what the next steps are for the utility company.

Here's a look at their conversation:

Jenkins: So, you know, we don't have backup generators at our plants, but I want to kind of provide the information that the load is too great for a generator to power our plant. But we do have redundant feeds and things of that nature to keep our plant in operation. And so our system, our plants never experienced a water quality [issue] and they were fully operational the entire time that we were under this event. Outside of that power outage that we did experience for a brief moment, we were able to restore that and get back into service. Our plants did a great job of keeping the system running. Really, where things began to break down was when we dipped down into the single digits. The leaks became expansive and then everyone dripping their faucets, which, you know, we didn't want people to experience breaks on the private side in their own internal infrastructure, so we did encourage that, and then the water demand just was exceeding the amount of water that our system could produce at one time. I mean, to kind of put it in perspective, the demand that our system experienced was two-and-a-half times greater than what we normally experience, even in the summertime. So in the summer months, when people are watering and doing outdoor activities, the water demand on our system was two-and-a-half times greater than what we typically even see during those months. So it was substantial.

Q: Would you say the boil water notice was given at a timely manner? Was there any possibility that any customers could have drunk less-than-safe water before that?

Jenkins: The boil water notice was proactive, and we met TCEQ requirements the entire time and we issued that notice as soon as the regulations required us to do so. Really, it was never an issue of the quality of our water. Regulations require us not only to monitor our water quality, but also the pressure in our system. So as pressures throughout our system and in our service area reduced, we had to enact that boil water notice because we weren't able to maintain those pressures.

Q: How did you choose which areas to bring back water first? We saw the Central District got it first and then most of Austin and then finally those outer areas. So what was the process in that?

Jenkins: So the process [is] there was no selection of areas. It's really based on the way our system is designed and built underground. So as you can imagine, the central area of Austin is our oldest area in Austin. As our system and our city grew, that was our primary core infrastructure that was built upon and it also has the lowest elevation. So when you think about pushing water in that large quantities out to the outer edges, the elevation gets higher for us. That's again, related to the pressures overall on our system. And so we focused on the central because that's where we were having the greatest success and where our core, the backbone of our infrastructure is. As we were able to build up pressure there, we were able to move out into the outer edges of our system.

Q: Going forward, this impacted every single Austinite, who at one point was under a boil water notice. Collecting snow and those things were really a struggle even well before we got the shipments of water and that's when it really was tough for everybody. That can't happen again for the safety of a lot of people. So are there already discussions in place to prevent this from happening? I know the last time there was a boil water notice was 2018, really not that far apart. So what discussions are going to happen in the future?

Jenkins: Absolutely. Any time we have an event of this magnitude, we engage and initiate an after-action review. And so those discussions are on the table. We're ready to dig in and figure out how we can prevent these types of events in the future – I mean, knowing that we can't predict and prevent the weather from happening, but we can put things in place that that better prepare us for the future.

Q: Do you know when we can expect some answers for what comes from this discussion?

Jenkins: Several months because it is such a significant lift to bring in all those key partners and also emergency management team – a few months. But we're on it. It's on our plates and we know it's something that we're going to tackle.

Q: Do you know how much it cost [Austin Water] to get these repairs done or what the estimate might be going forward?

Jenkins: We do not have those estimates yet, but we are tracking those financial invoices and things that are impacting Austin Water. So I'm sure that report will be out will be soon.

Q: Would you say this event was worse than the 2018 floods?

Jenkins: You know, I think it was. During the 2018 boil water notice, everyone remained in water service. I think that's the substantial difference, is that we had water outages. In 2018, we were requiring people to boil their water, but we had water available to them to utilize. In this case, we had substantial outages in our system. So that is the difference and certainly the impact that the community felt.

Q: Could anyone experience any more outages? I know ore leaks are still being fixed.

Jenkins: We have most of the major repairs complete in reply to what you just noted. We certainly expect to continue those leak repairs and we do have some that we are out and repairing us as we speak, today. So people can expect maybe some minor outages as we make those repairs, but they are happening timely. We are repairing approximately 40 leak repairs every 24 hours. So that is more than our Austin Water crews have ever had to repair and do in all the years that we've been providing water service to Austin.

Q: Did any outside contractors come in to help Austin water with these efforts?

Q: Anything else you want to hit on?

Jenkins: I think the only thing that I would just say, Austin Water certainly thanks the Austin community for all that all the citizens have done and all of our customers have done in conserving and just sticking with us. We are happy to report that we can lift that boil water notice for everyone. We will be reviewing the emergency water use restrictions. Those are still in place. We are reviewing those to make sure our system is absolutely stable before we pull those back. We are able to report that mindful household uses – washing dishes, getting your laundry done, please feel free to do that. We are stable enough, please. I know we all had those dishes piling up in the sink and in piles and piles of laundry, so they can they can move forward in doing that.