After six days, the historic Austin boil water notice is finally over. Residents are still asked to remain mindful about usage. 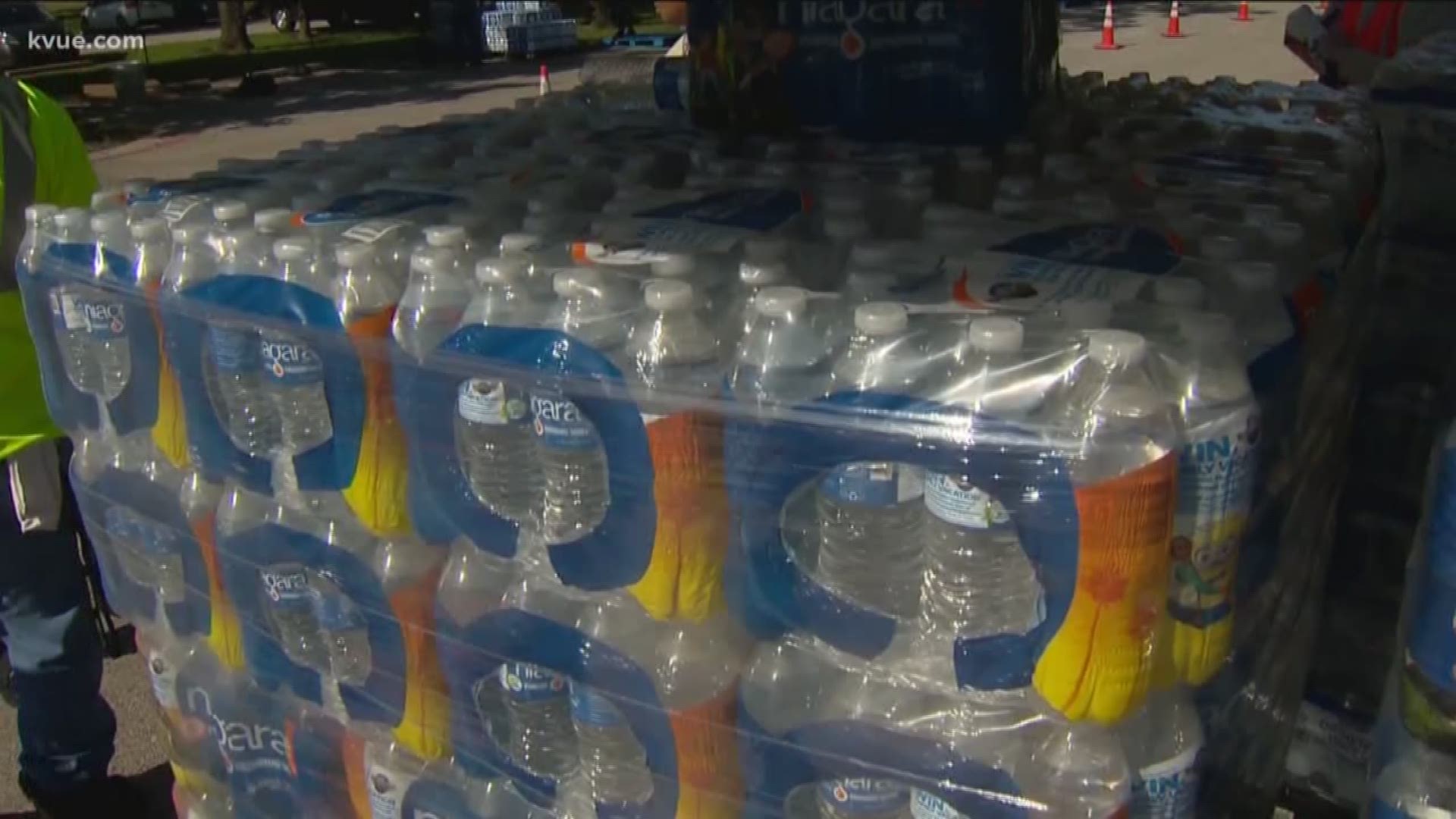 AUSTIN — Austin Water on Sunday, Oct. 28, lifted the historic boil water notice that had officially been in place since Monday, Oct. 22.

According to the City, customers no longer need to boil water used for drinking, cooking and making ice. This is welcome news to many who said they've been a little inconvenienced since Monday.

"We don't have to pour it out of a bottle, go to the store and buy a bottle," said Austinite Joe Shumate. "It's just much more convenient."

Officials said water quality tests submitted to the Texas Commission on Environmental Quality has confirmed that tap water now meets all regulatory standards and is safe for human consumption.

Austin Water has lifted the boil water notice that has been in place since Monday, Oct. 22, 2018. Customers no longer need to boil water used for drinking, cooking and making ice. Details and frequently asked questions at https://t.co/O7RsqYMjHB pic.twitter.com/FcVIKlsUmo

“I first of all want to thank the community for their participation in this event,” said Austin City Manager Spencer Cronk. “We saw that Austinites came together to ensure that they were conserving and doing what they needed to do to keep our tap water safe.”

Mayor Adler said the city worked "proactively" and "everything worked the way it was supposed to work in response to this situation." As of Sunday, he said he has not heard of anyone getting sick because of contaminants in the water.

“We got news on Tuesday that we had to give a notice within 24 hours to our community, but we’d already done it on Sunday," Mayor Adler said. "So when we learned that that notice had to be out within 24 hours, we were already distributing water. Our hospitals and our schools were already performing, they already had water. I’m just really proud to be a part of this community.”

Meszaros said there is no reason for residents to be worried about contaminants any longer, as recent water samples have not tested positive for any harmful contaminants.

“Our water system is safe, our pressures are good, our storage is recovered, our plants are operating well," he said. "So people should feel very comfortable and confident with the water.”

Austin Water said they encourage people to change out the ice from their ice machines and are asking restaurants to flush their water systems. However, residents are not asked to flush their systems. But if you'd like to do so, Meszaros said you can run your tap for two to three minutes.

For the next few days, Austin Water is asking residents to be mindful of their water usage as a precautionary measure. They also ask you not to irrigate until further notice. That ban should be lifted in a few days as well.

According to Meszaros, this is the first city-wide boil water notice the City of Austin has ever seen. He said officials will be analyzing this historic event for better emergency response in the future.

Other utility services in the area have also lifted their boil water notices. West Travis County Public Utility Agency no longer requires their customers to boil water before consumption.

The TCEQ allowed the following wholesale customers to lift their notices as well: