The 2018 boil water notice lasted six days. This time, much of the area is also experiencing a power outage. 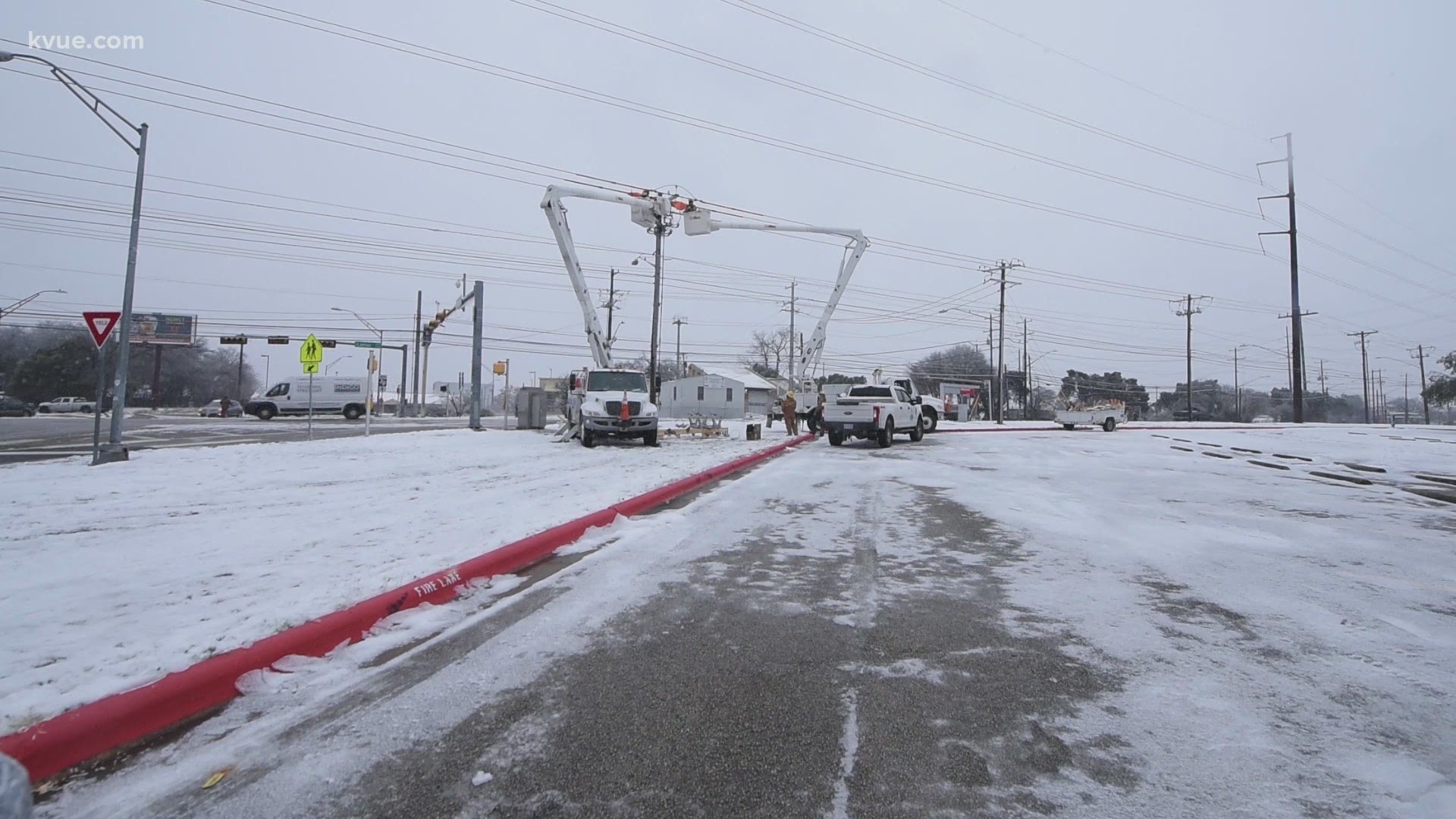 On Feb. 17, Austin joined a growing list of Central Texas cities that are now under a boil water notice amid statewide power outages.

The city-wide notice was issued due to power loss at the Ullrich Water Treatment Plant, Austin Water’s largest water treatment facility, and water pressure dropping below minimum standards. By the following morning, all three of Austin Water's water treatment plants regained power and are producing water, including the Ullrich Water Treatment Plant. However, the boil water notice will remain in effect until further notice, Austin Water said.

"Our three water treatment plants are operating in a stable mode and produced 86 million gallons of water in the past 12 hours. For reference our typical production at this time of year is around 140 million gallons daily," Austin Water said Friday morning.

Austin Water said it restored water service to three major hospitals on Thursday and is working with state officials to expedite the testing and approval process so that hospitals can safely use the water without the need to boil it. Austin Water has also restored water pressure in "major pipelines that are the backbone of our water distribution system," which will enable the agency to start restoring service to customers in additional areas.

Austin Water also said it has numerous crews fixing water main breaks and assisting customers who need their water service turned off due to busted pipes, as well as working to repair a leak in a major water transmission line that will help restore water service to customers.

There is no estimate yet on when water pressure will return for people who don't have it, though officials said it will likely be a matter of days.

Austin Water also said Sunday that storage in its reservoirs has climbed to 72 million gallons. At least 100 million gallons in storage is needed to help build pressure system-wide, so Austin Water is urging customers who have water service to limit water use to essential needs and follow mandatory restrictions.

3/3 Violations of these restrictions should be reported to Austin 3-1-1. Visit our Operational Updates page for more information: https://t.co/XNaRbmrVnb pic.twitter.com/eekTdnvi6n

Austin among other Texas cities with water issues

Across the state of Texas, Austin joins about 13 million people who are currently experiencing similar issues, Toby Baker, executive director of the TCEQ, said Thursday.

"Out of approximately 7,000 public drinking water systems across the state of Texas, due to lack of power, frozen or broken pipes or high demand, 797, of those water systems are reporting some sort of issue," said Baker. "Currently, about 725 are under a boil water notice and that affects about 13 million Texans."

In a news conference Thursday, Greg Meszaros from Austin Water said the first phase on the road to getting back to normal was to restore pressure to the system. He said the water in reservoirs are drained and it will take time to replenish.

Meszaros said it'll be important to find major leaks, otherwise the water will drain again. Once restored, water can be tested and cleared. He said water conservation is highly encouraged and asked customers to be very thoughtful with their water use.

How risky is it to drink water under the boil water notice?

Austin Water said it worked with Austin Energy to quickly assess its system and restore power and is in the process of bringing the plant back online.

Juan Ortiz with the City of Austin Office of Homeland Security and Emergency Management said water has also been purchased from out of state and it will be distributed to those most in need as soon as it arrives, which could take some time. The office will also work to provide fuel and food.

Austin City Councilmember Mackenzie Kelly said 1 million gallons of water have been purchased and that the Austin Emergency Operations Center is working on a distribution plan to meet dire needs.

The last time a city-wide boil water notice was issued was after the historic floods of October 2018. It was lifted after six days.

To ensure the destruction of all harmful bacteria and other microbes, water for drinking, cooking and ice-making should be boiled and cooled prior to use for drinking water or consumption. Water should be brought to a vigorous rolling boil and then boiled for two minutes.

When it is no longer necessary to boil the water, Austin Water will notify customers that the water is safe for drinking water or human consumption purposes.

To report a water or wastewater emergency, report a leak or main break, fill out the City's Leak Report Web Form online.

Austin Mayor Steve Adler release a virtual statement shortly after the notice was issued. You can watch it here:

"I know this feels like yet another really hard thing on top of all the other hard things that are happening, but this is something that we need to do," Adler said. "We need to conserve water so we can build back up the reserves that we've lost over the last 24 hours."

"Only use the water that you absolutely have to use," he added. "...let's all participate together so that we can get past this moment in time. And we will."

Natural Grocers was giving away filtered water to Texans prior to Austin Water's notice on Wednesday.

Because of high demand and the strain on the water filtration system, which can only pump 75 gallons every other hour at each store, there is a limit of two free gallons of water per person, and additional gallons cannot be purchased.

"We want to spread the word to our communities so we can be a source of clean water that does not need to be boiled," a spokesperson said. "The ultraviolet sterilization process used in Natural Grocers’ water dispensers disinfects the water with UV light, designed to provide safe high-quality water that does not need to be boiled before consumption. Those who need clean water can stop by their local Natural Grocers and fill up five gallons for free at the stores’ reverse osmosis water filtration machines."