According to APD, the victim was in the middle of the road and was hit by two vehicles, but only one driver stayed on the scene. 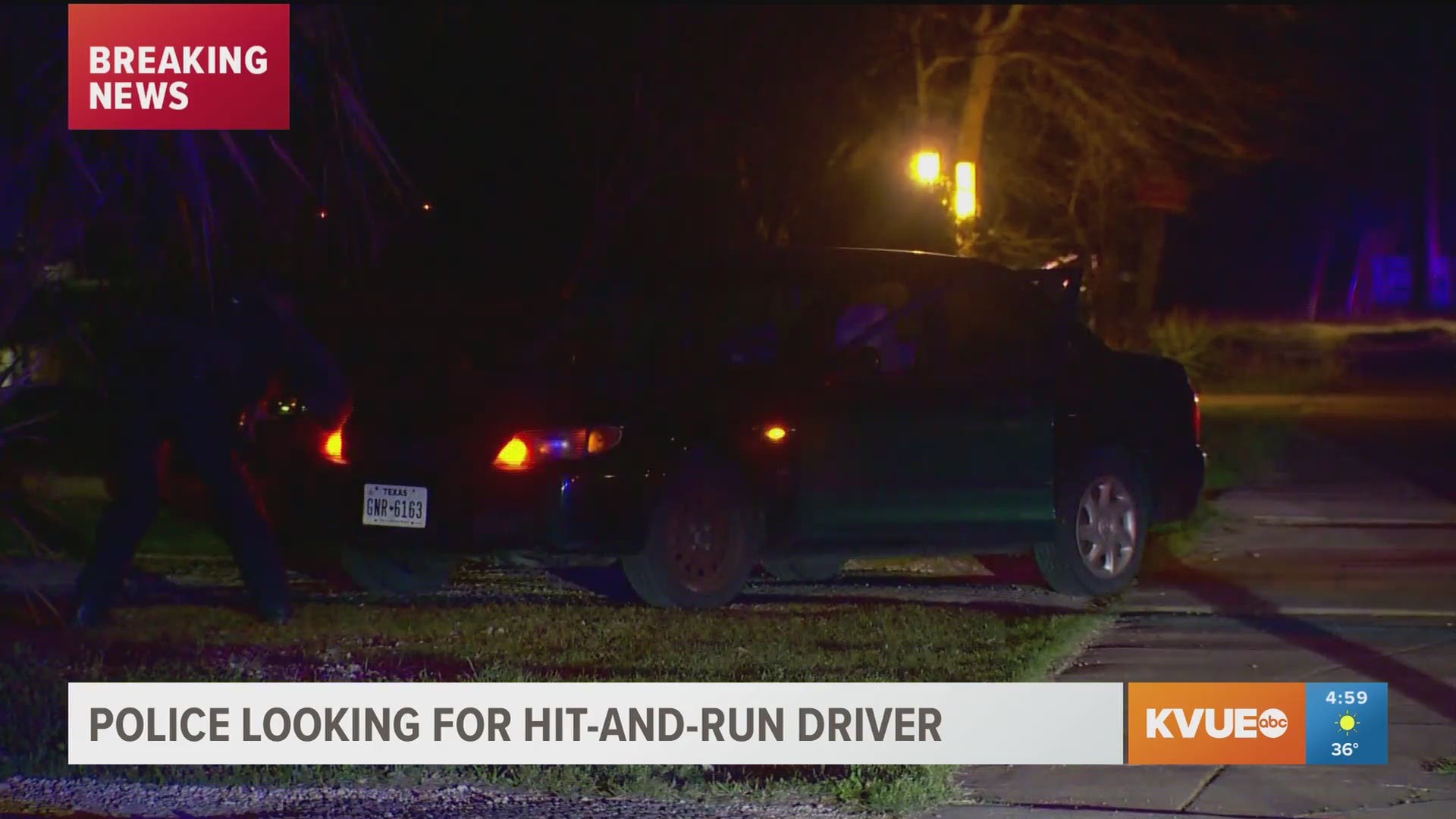 AUSTIN, Texas — The victim in a deadly hit-and-run early Friday morning has been identified.

The crash happened around 1:30 a.m. on Feb. 7 on Bluff Springs Road near Bitter Creek Drive.

According to APD, the preliminary investigation shows that the victim – later identified as 41-year-old Jacob Boelter – was in the inside, southbound lane of Bluff Springs Road when a black 2015 Nissan Rogue heading down that lane, struck him with its left front. Boelter came to rest in the inside, northbound lane of Bluff Springs Road, where he was struck again, this time by a green 2002 Mazda Protégé that was traveling northbound.

Boelter was transported to St. David's South Austin Medical Center where he was pronounced dead at 3:24 a.m.

Police said they don't believe the drivers were racing, and so far no one has been arrested at this time.

According to police, the driver of the Nissan contacted police when he heard there had been a fatality. The Nissan has been impounded. The Mazda remained on scene.

If you have any information regarding this case, call APD's Vehicular Homicide detectives at (512) 974-4424.