Starting at midnight Friday, May 22, drinking establishments were allowed to open at 25% capacity. 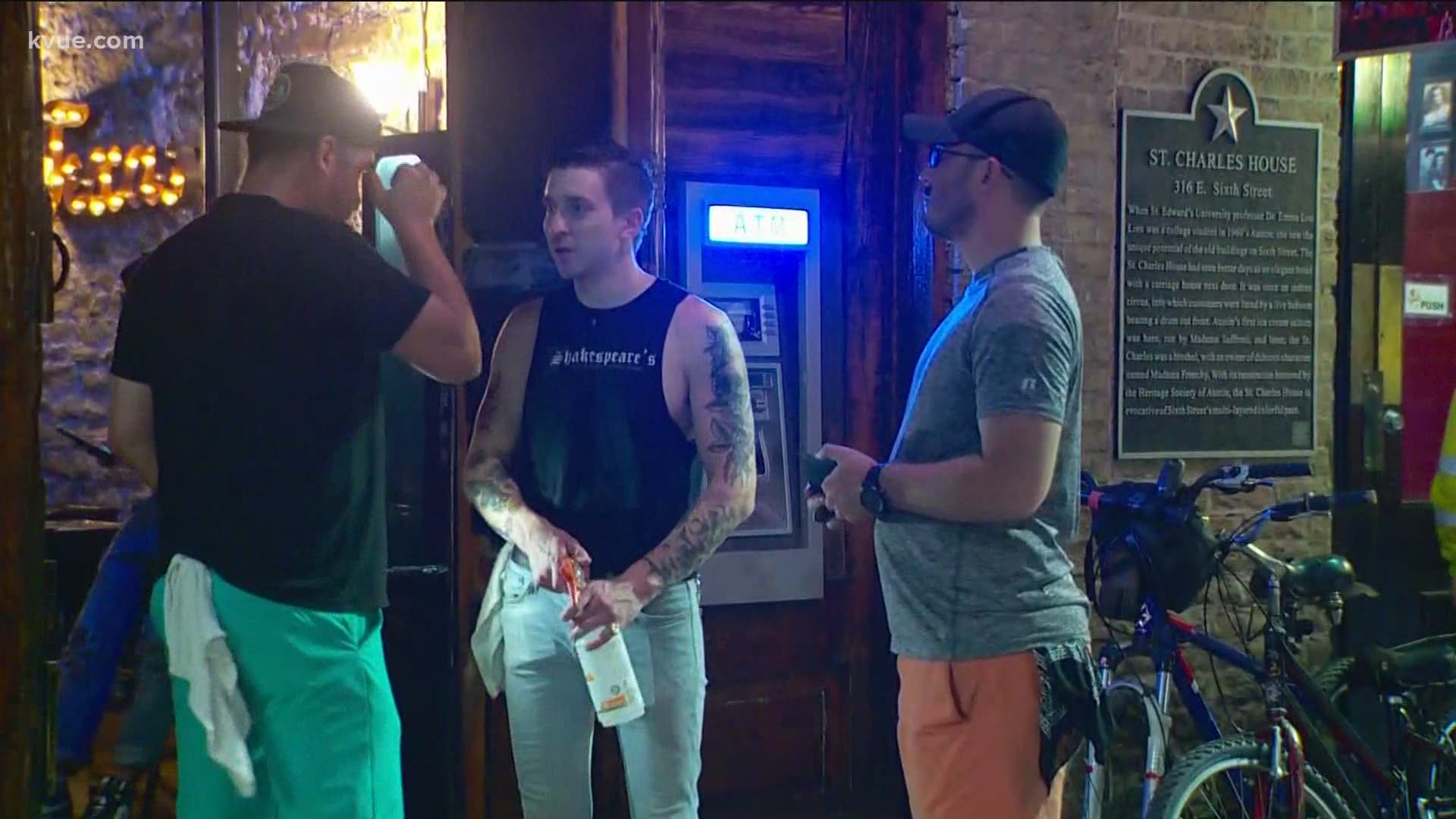 AUSTIN, Texas — As the clock struck midnight on May 22, Texas bars opened their doors for the first time in a couple of months as the state moved to phase two for reopening businesses.

In Austin, crowds did not reach the same size that used to close Sixth Street to traffic. Yet, it was still a bustling area.

"It was a normal night on Sixth Street. It wasn't like a pandemic. It was just a night where people felt tired of being at home. This is where we should be," another person said.

If drinking establishments decide to open on Friday, owners have certain guidelines they must follow, including the following:

According to a photojournalist at KVUE who surveyed downtown this morning, bars seemed to stay consistently busy.

Bar goers said they found it difficult for some of these rules to be enforced, nor did some customers listen to them.

"Everybody was close. There was no hand sanitizer used. There were some at the door. After that, there was none," one customer said.

Despite recommendations from state and health officials encouraging people to wear masks, both inside and outside of bars, most people were not wearing masks, except for employees.

Bars also placed social distancing markers outside their establishments to manage lines with six feet between people. These markers were ignored by some groups.

"We probably shouldn't be back. At least we are back and partying. Life is back at what it is bro," one patron said.

While some people disregarded the guidelines, other groups said they were staying to their own friends and not approaching others.

RELATED: Downtown bars prepare to open at midnight on Thursday, ahead of Memorial Day weekend

"For the most part, people follow the general rules and it is an unspoken communication," a customer said, in regards to people social distancing.

"It was still fun and popping, but a respectful partying in your groups," one woman told KVUE.

Only a select few bars opened Friday morning. Some places are still boarded up as some owners decided to wait to open their doors.

In addition to bars, wineries, breweries and other drinking establishments are allowed to open at 25% capacity, starting May 22.

Here is a full list of what is opening on Friday.