While most of Gary Flemmons' work is up for interpretation, his most recent piece has a clear message to it. 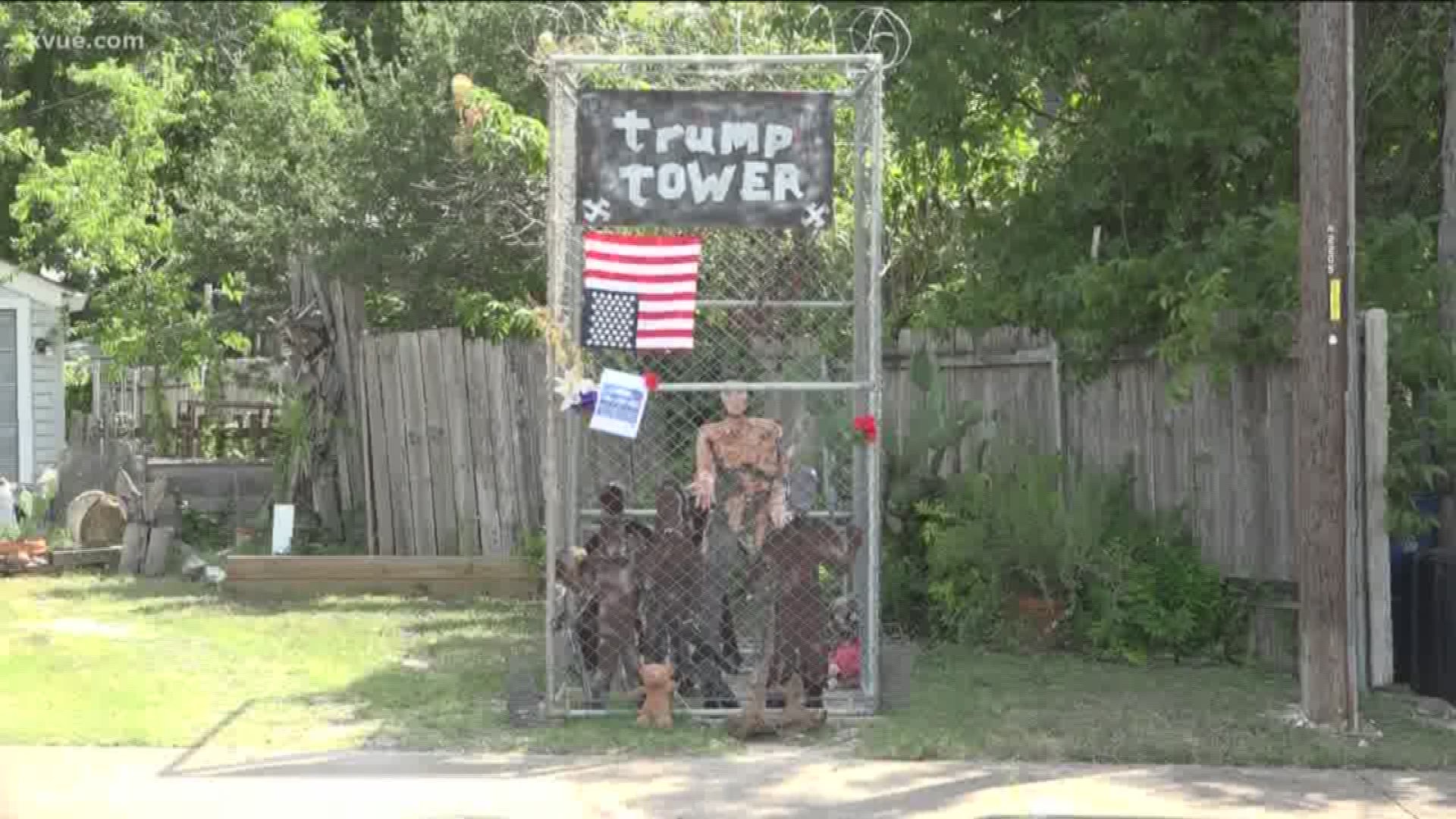 AUSTIN, Texas — Gary Flemmons, an Austin artist, created a political display in his lawn for all his neighbors to see. While he usually creates more ambiguous art, he decided to change his approach with this piece.

"I've always been an artist, but I didn't know it," Flemmons said. "I was always building little mud houses and drawing. Everything I use is reused, recycled."

The meaning of his artwork is often ambiguous. Interpretation is all in how someone looks at it.

"I'll see an image in my head, and I'll just have to go do it," Flemmons said.

Flemmons recently decided to make a more pointed piece of art in front of his house. He created a display called "Trump Tower" that was a cage with people inside and an upside-down flag on the outside.

KVUE
An Austin artist put together this display in his front yard, calling it "Trump Tower." Some neighbors say it is disrespectful and sad to see, while others say they like the message he is trying to...

Flemmons said the display was related to his frustration with the issues going on at the detention centers near the Texas-Mexico border.

"I feel our country is in distress right now," Flemmons said. "The social injustice that's going on in our country now is ridiculous. By doing art, I can express my feelings and hopefully a lot more people's feelings."

Lowell McRoberts is a neighbor who first saw this display while walking his dogs with his three young kids.

"Seeing that there, it's jarring," McRoberts said. "I mean, where you see it, it's a very striking installation. It was a great conversation point for me and my kids to talk about this. We talked about if this is something that you find unsettling or you find problematic. Then that's the message."

The wait times keep growing for pending US immigration cases

Brian Diggs lives across the street from Flemmons and remembers when he put it up a couple of weeks ago.

"I'm glad he's doing something, and he's making a statement about something because something needs to be done," Diggs said.

Some neighbors who didn't want to go on camera called the display disappointing and think it's a step too far. Flemmons said he knew it would be controversial.

"Anger or sadness or happiness," Flemmons said. "If it doesn't cause a response, I haven't done the job. I want people to get involved, not just talk about it."

Growing Facebook group lets teachers send gifts to each other