On Juneteenth, protesters march in Downtown Austin against police brutality

Some protesters are calling for the resignation of Austin Police Chief Brian Manley. 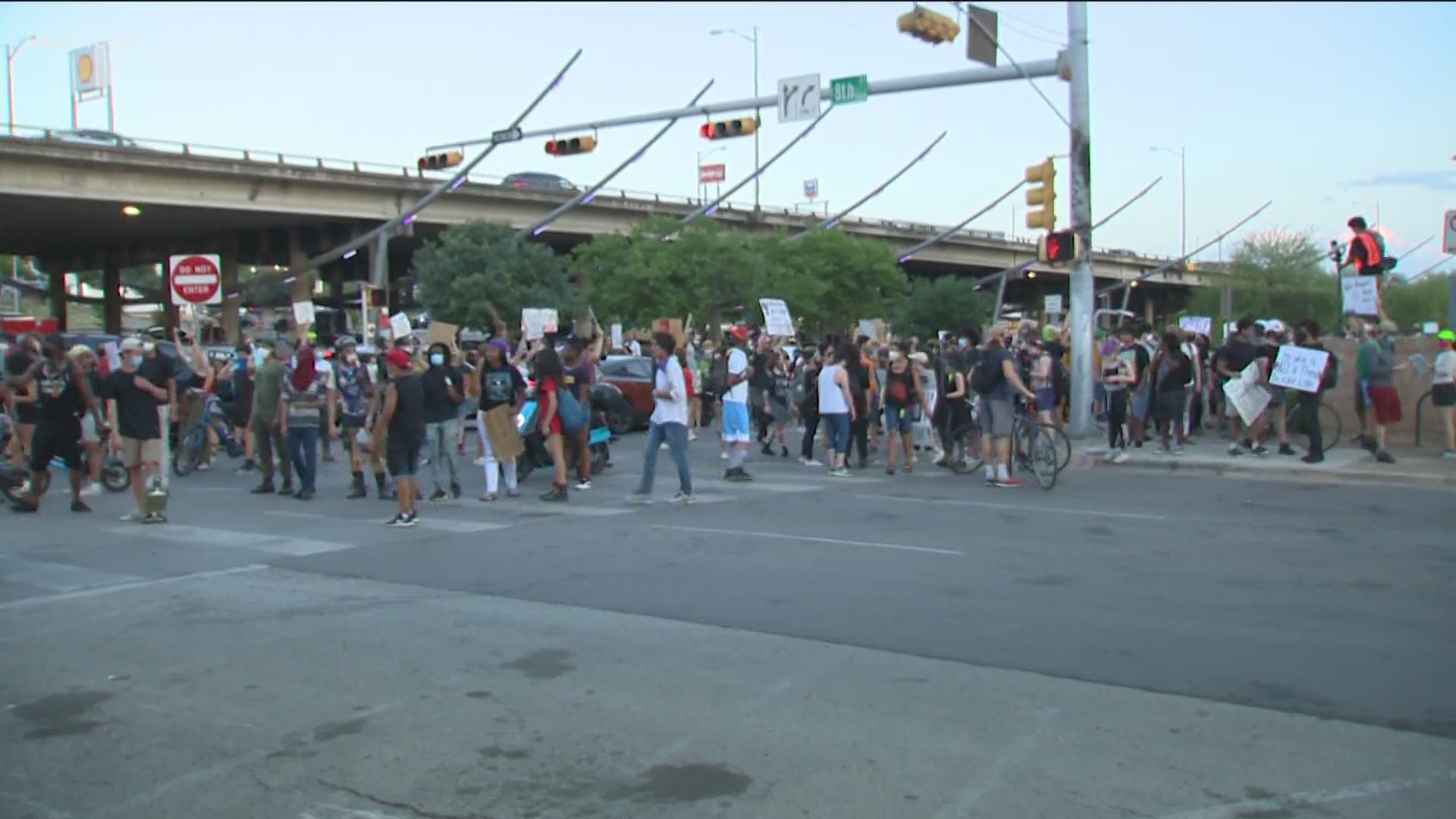 Groups marched from East Austin to the Texas Capitol earlier in the evening, but they have been moving around all night. Protesters marched to APD headquarters when a large group of them showed up, took the flags off the poles and burned them in the street. After officers made their presence known at APD, the group left.

Demonstrators marched this Juneteenth to stand united against police brutality and racism, following the deaths of George Floyd and Austinite Mike Ramos.

Protests first started in Austin and around the world three weeks ago.

But the city manager said Manley told him he's committed to making reforms at the department.

Manley sent KVUE a statement, saying, "I, along with the other men and women of the Austin Police Department, am committed to providing the highest level of service to our community and we will both lead and embrace the change that lies ahead."

Anyone heading downtown on Friday night is asked to expect possible traffic delays.

Teachers, students, parents share thoughts about returning to school in the fall